Botterill, who currently leads the FIA African Rally Championship (ARC) log, will be among the continent’s registered crews gearing up for today’s 5.40km Qualifying Stage at Loldia. 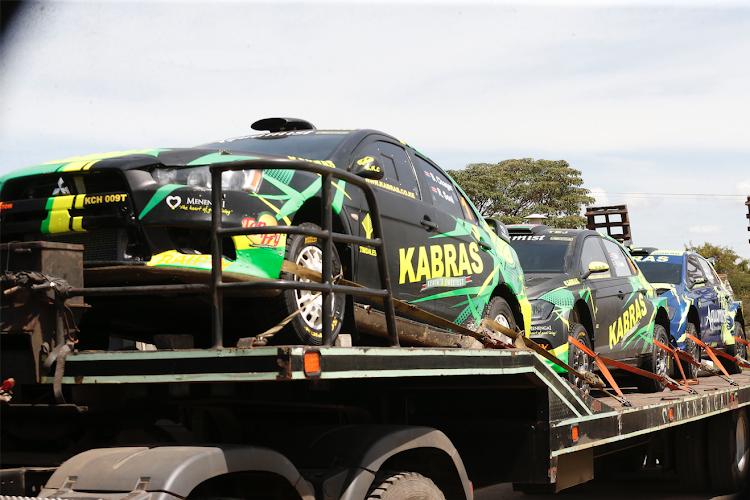 All-South African crew of Guy Botterill and Simon Vacy-lyle have vowed to attack this weekend’s FIA Equator Rally in Naivasha in their quest for maximum back-to-back African Rally Championship points.

The Southerners will be among the drivers to watch in today’s pre-event action, which will include free practice, qualifying stage, shakedown and Ceremonial Start at 4 pm.

Botterill, who currently leads the FIA African Rally Championship (ARC) log, will be among the continent’s registered crews gearing up for today’s 5.40km Qualifying Stage at Loldia.

The Qualifying Stage will be used as a yardstick to ascertain the starting order of the event proper which starts on Saturday through Sunday.

“We will be partaking the full ARC championship this season and would like to maximise our points with top positions,” he said.

Botterril and Vacy-Lyle are leading the ARC series with 25 points but have their work cut our as they navigate an unfamiliar course.

“These are completely new stages for us, a new environment, weather, and competitors,” he quipped.

Nevertheless, the South African believes they have done their best to fine-tune the car and with a dedicated team, he believes they are ready for anything.

Over 15 crews will be eligible for the Africa Rally Championship battle.

A total of seven R5s have been entered for the event which is acting as a dry run for the WRC Safari Rally Kenya slated for June 24 -27.

Equator will use six stages from the Safari Rally itinerary.

Meanwhile, the Naivasha KWS Training Institute has been a beehive of activity over the past two days with the inspection of both local and ARC registered entrants.

FIA Technical Delegate Musa Locho, is in charge of scrutineering — where over 30 cars underwent pre-event checks.

While team mechanics put their race contraptions through a rigorous day-long scrutineering process, drivers were out on reconnaissance to farmiliarise with technicalities of the course. Locho is leading the scrutineering team of experts to ensure the cars conform to FIA competition regulations.

Among the documents  presented to Locho’s technical team include driver and co-driver competition licenses, passports for identification purposes and the ASN authorisation for all foreign competitors.

Musa said: “Ideally,  we’ve been doing scruneering over the past two days. We had to check the competition cars to ensure they conform with safety standards andevent regulations in accordance with the FIA Sporting Code. We started with national rally cars then moved to ARC registered cars today (Thursday), well in time for the stewards meeting. We have not had any major issues. When teams come for the exercise, we address some of the minor issues which they overlook and that’s why we are always here to make sure they are rectified within the permitted window. We ensure that the event is run to the regulations of the FIA after which I make a report to the governing body on the same.”