For Martha Karimi sports and in particularly football has always been something that she is passionate about having started the game at a young age. She said;

“I began playing football with the boys at the age of eight years old as the only girl who was playing and also in the neighborhoods.”

She quickly realized that she was skilled at the sport going on to play for the Harambee Starlets eventually being named captain.

Now she has joined forces with Betway, and recently spoke at the Betway Women Thought Leadership seminar that aimed to empower women’s premier league and division one teams with critical sport knowledge and skills to help them in the pitch when they go out for their matches.

During the seminar, Martha spoke about her journey and experience to the collection of budding young female athletes. She said;

“I could see the feelings already from the participants, they already embraced the idea and that shows the need and the urge for these kinds of seminars where they acquire skills, and they are trying to get ideas on how they can get exposure for their teams and opportunities that will come their way.” 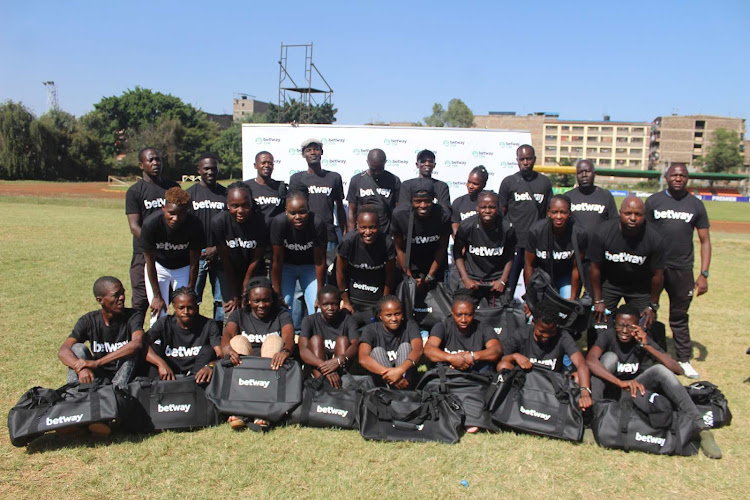 After the seminar, Martha had the opportunity to interact with the women, saying that she could see that they wanted to learn how to build the relationships within their team, and wanted to know more about leadership in football.

“We wanted it to be a women’s initiative in line with celebrating international women’s day. We want to encourage that women come out in all sports, to take up leadership positions in sports, and especially with coaching. We need to see more women coaches out there,” said Karen Njerenga, Betway PR and Media Executive.

She added that Betway is keen on advancing the agenda of women sports. Karen added that there is need to empower women in leadership positions in women’s teams such as the captains so that they can ascend to coaching positions and positively impact their teams. The empowerment will also mean an increase in the number of women coaches in the country, the likes of Martha.

When it comes to advising the next generation, Martha speaks highly of her time as a coach, telling budding coaches that;

“Many people will look up to you and of course when someone looks up to you it changes your character and it pushes one to work harder and read more because without knowledge it’s very difficult to teach. “

She encouraged younger players adding that football teaches you more than how to play the game but also skills and discipline that would help in their lives.

She ended by hoping that more women would take on leadership roles particularly as they were extremely talented and qualified women who were capable of anything.