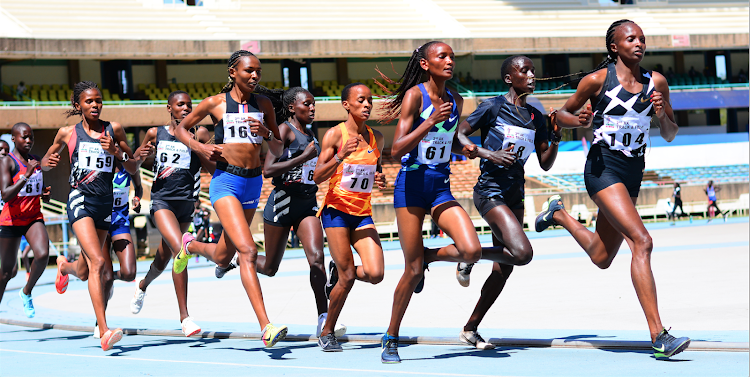 The Athletics Kenya Track and Field Weekend meeting, scheduled for April 1-2, has been suspended following Friday's directive suspending all sports activities indefinitely to curb the current third wave of the deadly coronavirus pandemic.

"We will further scale down physical support to our stakeholders and endeavour to reach out and fully support them remotely. The decision follows Friday's national presidential address with regard to the growing Covid-19 situation in the country and the urgent need to mitigate the spread of the pandemic," Kamau said.

She further announced all athletes will be required to practice social and physical distancing while training.

"AK has with immediate effect suspended all its activities including but not limited to training of athletes in groups. Once again we urge our athletes to continue with their individual training and follow the guidelines given by the government and other relevant authorities," she said.

Kenyan sprinters have for the past one month been sprucing themselves in a bubble training camp at Moi Stadium, Kasarani in readiness for the trials that were initially scheduled for this past weekend.

In an effort to bring out the best performance in the local lads, AK had invited relay teams from Uganda, South Africa, Ethiopia, Botswana, Ghana and Nigeria to compete against the Kenyans ahead of the World Relay Championships on May 1 in Selesia, Poland.

The federation had also planned to use the final track and field weekend meet as pre-trials for the World Under-20 Athletics Championships set for Nairobi on August 17-21.

"We wish to announce the postponement of the inaugural African Premier League Cricket tournament, Kenyan leg 2021. The league will resume once the lockdown is lifted and business is back to normal. Regular updates will be posted on the official APL website," NPCA said.

By the time the new coronavirus measures came into effect, four matches had already been played in the tourney that was due to conclude on April 10.