• Experts are of the opinion that it takes more than just playing in the Safari Tour to succeed in events like the Kenya Open.

• Professional Golfers of Kenya captain and Sigona resident professional CJ Wangai thinks that exposure if the local golfers are to succeed. 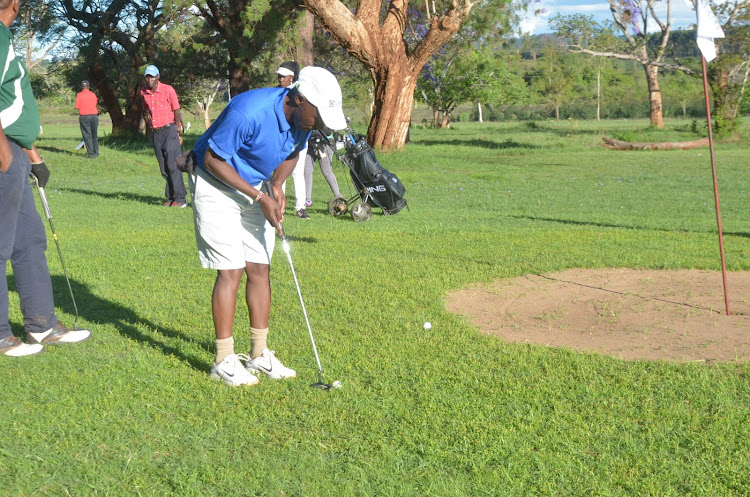 Mental and physical strength as well as financial well-being are key to the success of a golfer in gigantic Tour events.

Rightly so, the three facets of the game will certainly not come on a silver platter.

It’s a worthy investment considering the fact that corporates must consider players' welfare and logistics. Tour players travel a lot and need more support for airfare and accommodation unlike in Kenya where players only traverse the East African region and for the lucky few tours South Africa.

Experts are of the opinion that it takes more than just playing in the Safari Tour to succeed in events like the Kenya Open.

Professional Golfers of Kenya captain and Sigona resident professional CJ Wangai thinks that exposure if the local golfers are to succeed.

“We must consider honouring major events to match our opponents in the Kenya Open who happen to be regulars in the busy European Tour calendar as well as the PGA Championship.

“In Kenya, we only play in the Safari Tour Golf Series and a few manage to go to the Sunshine Tour of South Africa as I did in 2014 when KCB sponsored three golfers. Remember, Tiger Woods said the more you practice the luckier you become.

“The Tour pros are fully committed to playing golf and nothing else. In Kenya, we the training and resident pros spent much time in clubhouses training amateur golfers.

"You really need more time on the range and practice on the green if you are to play competitive golf. Riz Charania is one of our best golfers, but his role as a resident pro at Windsor appears to have taken a toll on him,” Wangai said.

Kenyans have yet to lay their hands on the Kenya Open title since its inception in 1967.

What’s more, the fabled Kenya Open has since 1991 served as a round of the European Challenge Tour. In 2019, Kenya was elevated to the main European Tour, meaning that Tiger Woods and the likes of Rory McIlroy could grace the Kenya Open if organisers can afford their appearance fees.

Elisha Kasuku is today the only Kenyan to have played in the Open, a Britain-based world major. Kasuku believes the level of competition is too high for Kenyans in the European Tour.

“We should honestly revert to Challenge Tour. Initially,  we used to play in the Safari tournament, which was part of the European Tour by then and Kenyans were doing well because the qualification was not based on numbers but on the yardage of plus four over 72 holes over two days," Kasuku explains.

"Thereafter, I introduced minus 2 four times in the KCB tournaments straight in. They should leave the qualifying selection to PGK as we did for Karen Masters.”

Vision 2030 director general Kenneth Mwige demystified the notion of golf elitism and financial well-being. He believes local professional golfers could be in a financial league of their own overseas if well supported. Mwige believes there is much more return on investment through creating an enabling environment for players.

“In the Kenya Open, we only see corporate tents sponsored by big companies but we hardly see them sponsoring our local pros. Making a cut in a Tour event makes a Kenyan a national hero. I mean, being seen on the golf course by over a billion people is a perfect example of return on investment for those who sponsor pros.

"At Vision 2030, we are planting a seed of hope by concentrating on players well-being. Remember, even television cameras don’t just track every swing, but also catch plenty of shots of sponsor logos on players’ apparel,” Mwige said.