OH NO! NOT AGAIN

Kenyan sports in limbo after another round of strict corona measures

•A new round of stringent measures to deal with the coronavirus pandemic include the suspension of all sporting activities once again.

•Sports activities were on the up in Kenya as the country is set to host various international events. 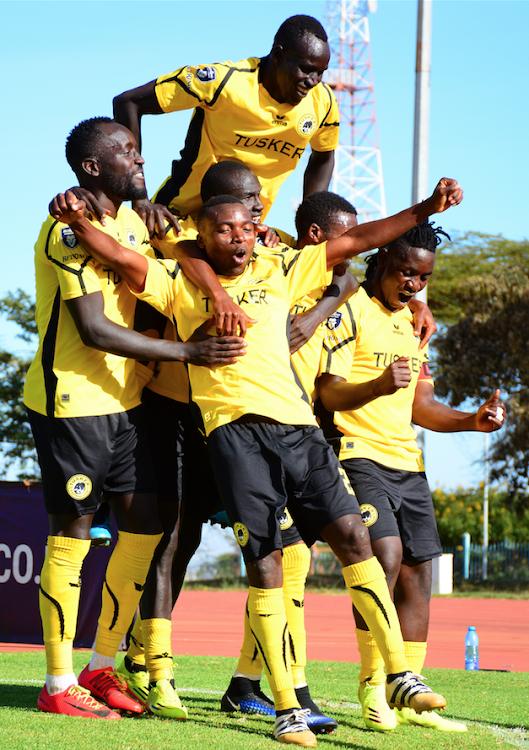 During the second day of the just concluded Kenya Savannah Classic at the Karen Country Club, Sports Cabinet Secretary Amina Mohammed exuded confidence that 2021 was going to be a very memorable year for Kenyan sports.

She may have spoken too soon for 24 hours after her sentiments, President Uhuru Kenyatta announced another round of strict Covid-19 measures to stem the third wave of the virus, which has so far killed 233 people in March alone.

Among the hardest hit is the sporting industry, which was just getting back to its feet after spending much of last year in the doldrums when the pandemic first struck.

It was only in November that the government gradually allowed sports activities to resume much to the relief of stakeholders, especially players who had suffered physically, psychologically and financially as a result of inactivity.

Following President Kenyatta’s directive to suspend all sporting activities, sports federations released statements putting on hold their leagues, among other activities within their dockets.

“The Kenya Rugby Union hereby suspends the Kenya Cup League until further notice. We regret any inconveniences caused to all our stakeholders, notably clubs, players, fans, and our broadcast partner,” the local rugby governing body said.

This season’s Kenya Premier League has been one of the most entertaining in recent years owing to the tight title race involving at least four teams —Tusker FC, KCB FC, AFC Leopards and Wazito FC.

However, all that seems to be in vain as the local football governing body was compelled to suspend all activities.

“FKF has with immediate effect suspended all FKF leagues and competitions, which include but are not limited to the FKF-PL league, National Super League, FKF Division 1, Division 2, all FKF Women Leagues, all FKF branch, and grassroots leagues as well as national and grassroots tournaments,” FKF CEO Barry Otieno said in a statement.

Also, the Kenya Motor Sports Club, which was to host the KCB Machakos Rally, canceled the event in adherence to the new directive.

Various other sports activities that were ongoing over the weekend, such as the African Premier League Cricket Tournament and Mr and Miss Kamukunji Talent Search, met a premature death.

Even before the restrictions, Athletics Kenya had postponed the World Relay Championships trials slated for this weekend during which Kenyan sprinters were to pit their wits against relay teams from Botswana, South Africa, Uganda, Ethiopia, Ghana, and Nigeria.

Apart from the trials, there are other local athletics events in limbo, including the third leg of the AK track and field weekend meeting, which was to double up as the pre-trials for the World Under-20 Athletics Championships.

The latest turn of events feels like deja vu for many sportspersons who went to hell and back after they had to spend many months away from the tracks and pitches in accordance with the rules of social and physical distancing.

Rodgers Kwemoi, the 2018 Commonwealth 10,000m bronze medalist, is fearful for many local athletes who were only starting to get back on their feet after spending most of last year out of competition.

"The effects of this lockdown maybe like the last time because many athletes may not be able to compete yet most of them rely on these races to make a living. I just hope they can be assisted financially to cope with the hard times and continue with their preparations uninterrupted," Kwemoi says.

The new measures came as a shock to him while he was in Kaptagat where has been prepping himself for upcoming local and international competitions. 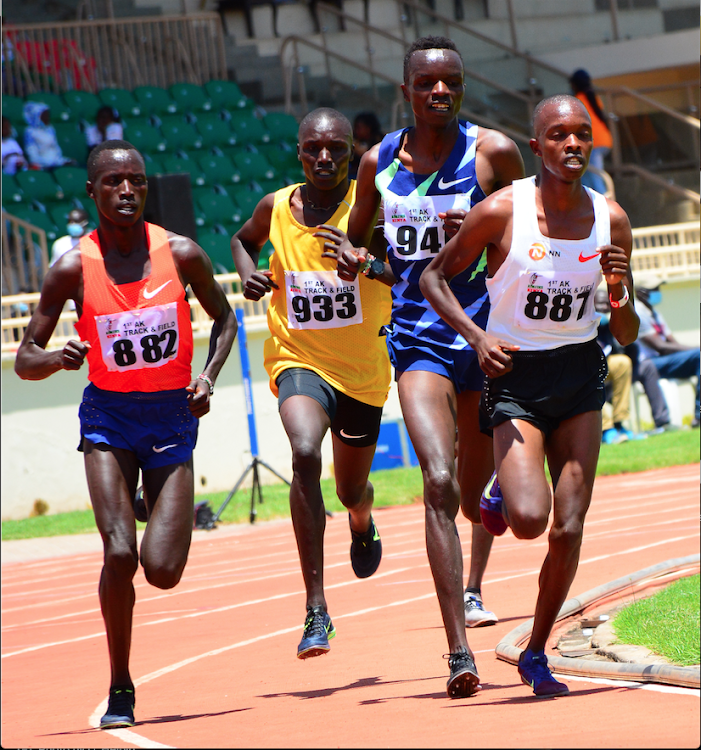 He had planned to travel to his base in Japan to participate in a 10,000m race as he gears up for a shot at the Olympic gold medal in the same category.

Due to the new developments, Kwemoi was compelled to bring forward his travel plans to avoid a repeat of last year when he was locked in the country and could not leave for Japan.

"I had to book an emergency flight to Japan where I am stationed and fortunately enough I found one that leaves on Wednesday. I did not want to be locked in like I was last time when many airlines suspended their flights into and out of the country due to the pandemic," he says.

This year has brought with it mixed feelings for the 2016 World Under-20 10,000m champion who has been in blistering form on the local scene but has yet had the chance to transfer the same to the international scene.

However, his charge for an African title at the Africa Cross Country Championships in Lome, Togo, on March 7 came to a crashing halt after the continental event was postponed until further notice — only a week before the scheduled date.

Before that, Kwemoi was among elite names — others including Kandie, Geoffrey Kamworor, Hellen Obiri, Sheila Chelangat and Peres Jepchirchir — who were eyeing glory at the Ras Al Khaimah Half Marathon in the United Arab Emirates in mid-February.

In March, he was imperious at the first leg of the AK Track and Field Weekend Meet at Nyayo Stadium, where he stormed to victory in the men's 10,000m race.

After his victory, Kwemoi had underlined his plans to use the subsequent weekend meets to fine-tune himself and make a strong case for inclusion in Team Kenya's contingent to the Tokyo Olympics.

Nonetheless, Kwemoi is thankful that athletes can continue training and keeping in shape.

"That is a positive we should all look at even if we cannot compete in the meantime. I would advise all the athletes out there to maintain a positive attitude and remain focused on the targets they had set for themselves this year because the current situation will eventually abate," he says.

Faith Ogallo, Kenya's second ever taekwondo Olympian, believes there are many lessons Kenyans sportspersons can pick from the current turbulent times.

Ogallo's advice to fellow sportspersons is for them to come together and champion climate change issues.

"Covid is just but one of the issues emerging from climate change and as athletes we need to come together and champion the betterment of our climate. If we don't become champions of climate issues, then we will continue to be the most affected by these issues such as the corona pandemic," she says.

Ogallo adds that Kenyan sportspersons can learn a lot from their counterparts in the developed countries who are always mindful of their environs even when in training.

"In the developed countries, even when you are jogging, you have to be mindful of how you use the environment including how you dispose of the things you use in training. In Kenya, our sportspersons are some of the biggest culprits in poorly disposing plastic bottles that they use to drink water," Ogallo says.

She believes the latest measures by President Kenyatta are necessary in as much as they may affect many athletes' preparations. 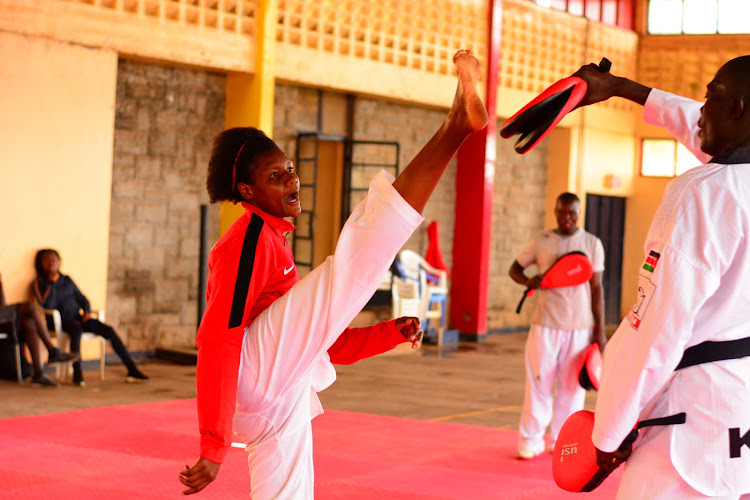 Faith Ogalo attacks her marker during a training session at the CID training school, South B on February 14,2020
Image: .ERICK BARASA.JPG

"It is unfortunate but we have to understand that the safety and health of not only athletes but all Kenyans is a top priority. If an athlete tests positive, they will not be able to compete at any event, including even the Olympics. Therefore the measures are necessary," she says.

As part of the mitigation measures for the psychological and physical effects of the restrictions, Ogallo recommends that the National Olympics Committee of Kenya to establish more bubble training camps to enable as many sportspersons as possible continue training uninterrupted.

"Most of the athletes have been training at home and do not have access to proper training equipments. In contrast, a bubble camp affords athletes unhindered access to their coaches and the best training equipment to enable them stay in shape. The bubble camp is the safest way to secure sportspersons because they do not mingle with the outside world," Ogallo explains.

In addition, Ogallo suggests the sportspersons should be financially assisted to cater to their families even while in the bubble camp.

She has been part of the bubble training camp at Moi Stadium, Kasarani for the past two weeks alongside her spurring partner and coach.

She was set to complete another week before heading out.

"Nothing has changed for me. Regardless of the situation, I remain focused on giving my best when I get to Tokyo. We will await communication from NOC-K on Monday on what happens next," she says.

NOC-K has been on the overdrive to prepare Team Kenya optimally and enhance the country's chances of a medal haul at the Olympics.

Team Kenya chef-de-mission Waithaka Kioni says they remain focused on this objective and will await communication from the Ministry of Sports regarding the fate of the bubble camp. 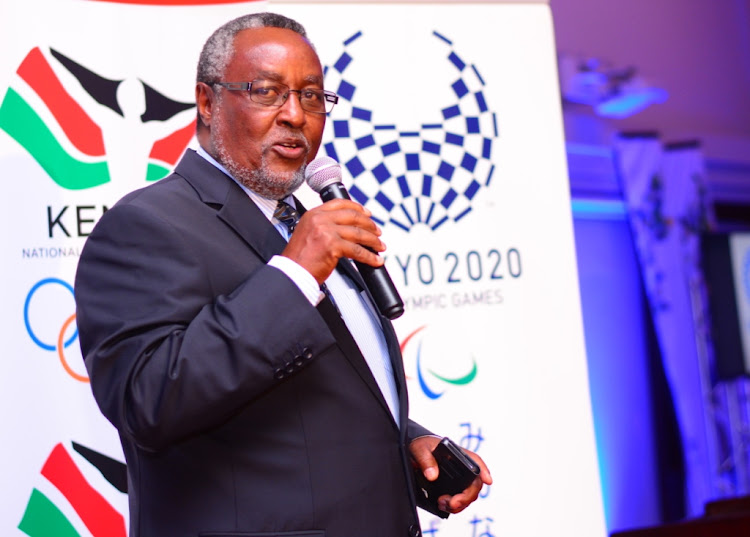 "We are awaiting guidance from the Ministry of Sports on whether they will be closed or not. We believe the bubble camps are the safest place for the athletes to continue training. If they are closed then it will be a big hit," Kioni said.

Apart from bubble camps, NOC-K has been visiting sportspersons across the country, providing them with the necessities to cope with the tough Covid times and continue training.

Kioni says NOC-K will be meeting to chart a way forward on assistance to sportspersons who may be affected by the new measures.

Indeed, just like NOC-K, all sports stakeholders have their fingers crossed that the third wave is just a passing cloud, which will soon thaw away to reveal a silver lining.