Kamande glad to be back on pitch after long hiatus

Action continues tomorrow as Kisumu Pythons duel with Thika Hippos in a morning encounter before Nakuru Leopards and Nairobi Lions face off in their second match of the tournament.

•Nonetheless, Kamande refused to blame rustiness as a reason for their poor performance 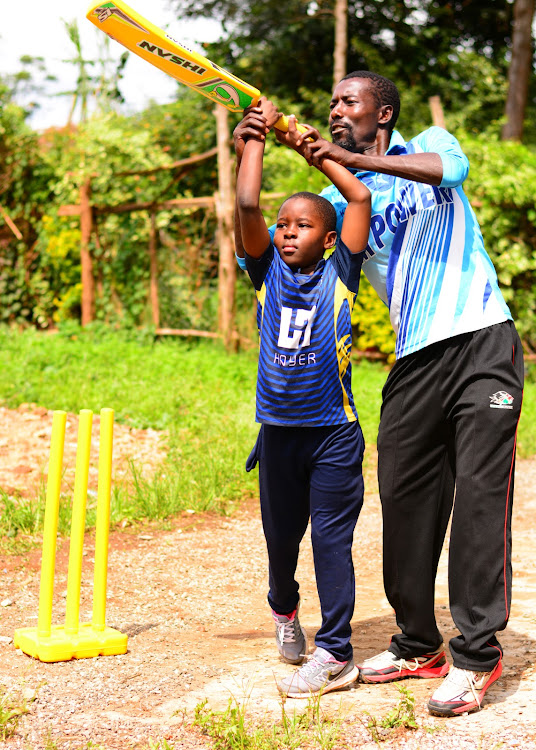 Former national cricket team captain Jimmy Kamande is relieved to be back on the pitch despite his Mombasa Rhinos side losing to Nairobi Lions in the African Cricket Premier League opener at Ruaraka Sports Club on Thursday morning.

The Rhinos lost by six wickets, having won the toss and elected to bat first. However, the former Kenyan international chose to pick the positives out of the defeat.

"It was a good way to remind myself of the good old days. It felt great to be part of the team and to be out there playing after a very long period, especially with the corona pandemic," Kamande said.

Kamande, who skippered the Rhinos, led from the front with an impressive 24 runs off 23 balls (not out).

However, faced with the task of bettering the 127-8 set by Rhinos, the Lions produced a scintillating batting performance led by Sachin Bhudia (47 runs) and Alex Obanda (36 runs). Nonetheless, Kamande refused to blame rustiness as a reason for the poor result.

"We cannot use that as an excuse because all the other players in the other team have also not played for a while. Hopefully as the tournament progresses, we will get better and produce top performances. It is great to see some of the most experienced players leading from the front," he said.

In the second match of the day, Nakuru Leopards defeated Eldoret Elephants by seven wickets thanks to an exceptional fielding and batting performance.

Electing to bat first, the Elephants could only muster 91 runs from 9 wickets, leaving them with an uphill task of restricting their opponents.

Despite excellent bowling by Ramesh Shamji and Irfan Elahi, the Leopards duly reached their target of 93 runs from 3 wickets largely thanks to the batting partnership of  Joseph Oyango (36 runs) and Neil Mugabe (18 runs).

Action continues tomorrow as Kisumu Pythons duel with Thika Hippos in a morning encounter before Nakuru Leopards and Nairobi Lions face off in their second match of the tournament.