BACK TO THE DRAWING BOARD

Fans told to be patient after Kenya's poor show against Uganda

Fans have expressed disappointment with Kenya's latest results against Uganda

• Half of Kenya's team were players drawn from the national  Under-21 team.  Malungu said fans should look at the bigger picture and accept that change is inevitable.

• Kenya registered a win a draw and a loss in their three matches against Uganda as the neighbours wrapped up a four-day trip in Nairobi . 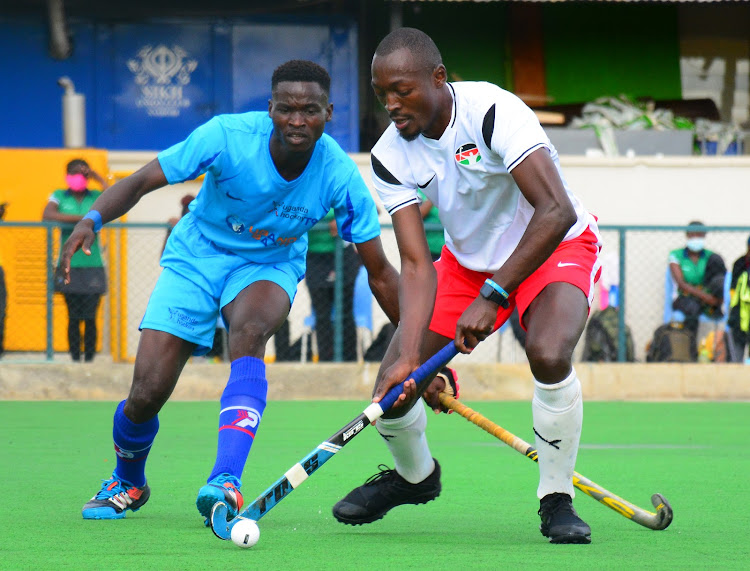 National men's team assistant coach Mike Malungu has called for patience from fans and stakeholders after the team's dismal show in test matches  against Uganda.

Kenya registered a win a draw and a loss in their three matches against Uganda as the neighbours wrapped up a four-day trip in Nairobi .

It is perhaps the lowest moment in the men's game considering that Uganda have had no international engagement for 14 years yet they didn't disappoint.

Half of Kenya's team were players drawn from the national  Under-21 team.  Malungu said fans should look at the bigger picture and accept that change is inevitable.

"In life there are ups and downs. You cannot always win. Everybody expected us to beat Uganda but that was not the case. Fans are demanding results which is good but they have forgotten we've had no competitive hockey for a year. Again, people don't understand the purpose of test matches which are meant to gauge the preparedness of teams," Malungu observed.

He added: "Change is painful and slow. If we have to get to the Olympics, we have to start from somewhere. We are trying to build a team that will dominate for a long time. We are already on the drawing board and we urge everybody to be patient. It is a young team but we saw a lot of positives."

Malungu, who doubles up as the Western Jaguars coach, said Kenya has learnt their lessons and will work on their weaknesses as the team intensifies preparations for the African Cup of Nations in January next year.

"The team need to convert their chances. Hockey is a team sport and there are certain aspects of play where everybody needs to be involved. It also takes time for a team to gel and we now have the opportunity to get our act together. By the time we go for ACN, we will have a competitive team in place. "

With the top tier league kicking off next month, Malungu hinted that the technical bench will be keeping a close eye on top performers with a view to drafting them into the squad. He also hinted on the possibility of Kenya playing more build up matches.

"Our options are open. Those who impress will definitely be considered. The league resumption gives us a chance to cast our net wider."