Goalkeeper trainer Ongoro will take over as acting coach.

•The club's vice-chairman Nyandoro Kambi said they have started the process of getting a new coach.

•Kambi said they are negotiating with three coaches. 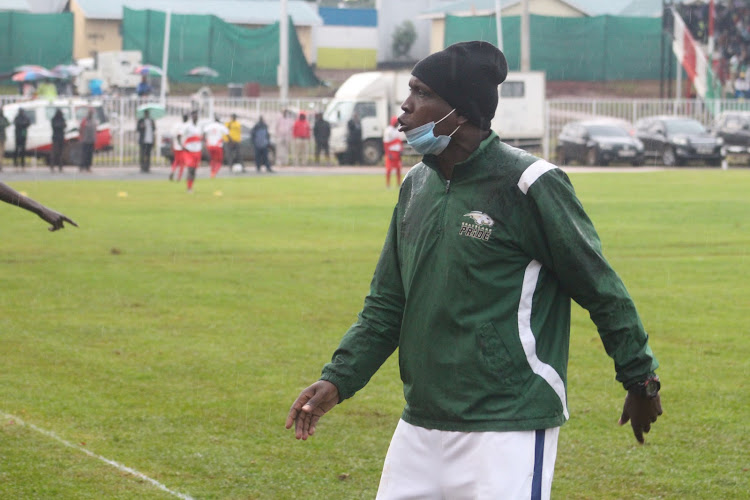 Shabana’s goalkeeper trainer Joseph Ongoro will take over as acting coach until a full-time coach is employed, the club’s vice-chairman Nyandoro Kambi announced on Sunday.

It was the team’s second defeat of the season.

The team lost 2-1 against Chemelil in the opening match and drew 2-2 against Mt Kenya United at Awendo Green Stadium. During the game against Kisumu All-Stars, Nyaberi was blamed for the loss due to poor tactical approach and wrong substitutions.

“Ongoro will take charge of the team until we get a new coach. We are in the process of recruiting a new coach. Nyaberi’s resignation is good riddance,” said Kambi. He said they are in talks with three coaches but he did not name them.

Ongoro’s first game in charge of the team will be an encounter against Mwatate FC at Wundanyi Stadium in Taita Taveta County on January 3, 2021. Mwatate is being handled by former Shabana head coach Andrew Kanuli.

In a terse message posted on the club’s Whatsapp group, Nyaberi said: “Hi guys, thanks for your support. I have been fired. I wish you the best in your remaining fixtures.” He contradicted himself in another message he posted on Facebook saying he had resigned.

The club has been struggling financially leading to constant training boycotts by players. The Sh6 million promised by President Uhuru Kenyatta and ODM leader Raila Odinga is yet to hit the club accounts. President Uhuru donated a bus to the club.