•“I wish to make it official that I have retired from football as a player. You can now refer to me as a coach,” —Abich.

•"We thank him for his dedication and diligence to the team and will support him as he scales upward to coaching. He is part of a long term plan and we will endeavour to build his capacity as we go along.” —Korir 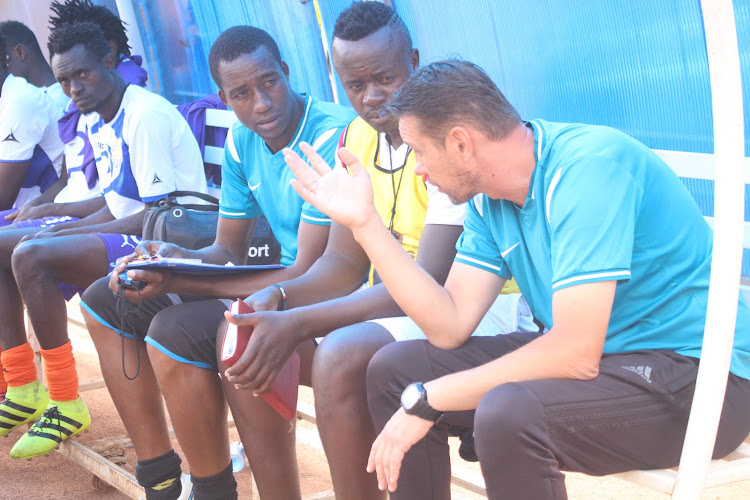 He now wants to take up a coaching role at Premier League returnees Nairobi City Stars, where he plied his trade for the last two seasons.

The defender, who is popularly known as Abich Baba, played his last game against Mt Kenya United at Camp Toyoyo on October 27, 2019 which ended in a 1-1 draw.

He joined Simba Wa Nairobi in April 2019 during the second leg of the transitional NSL 2018/19 season. He led from the front as the captain and scored eight times to rescue the club from relegation.

In the 2019/20 season, his mentorship and guidance saw the club promoted back to the Premier League to regain their premiership status, which they lost in the 2016 season.

“I wish to make it official that I have retired from football as a player. You can now refer to me as a coach,” he told the club’s official website.

He added: “It’s been a long journey with highs and lows. I am now at a point where I want to give back by nurturing the next crop of players. I thank City Stars for allowing me to wind down my playing days and for ultimately giving me the opportunity at their technical bench to start my coaching journey at a high level.”

City Stars team coordinator Samson Otieno said: “He has been a dedicated servant who gave his all on the pitch. We counted on him to survive relegation when the team needed an experienced hand in the 2018/19 season and he came through for us in a big way with important deliveries and goals. It is now our turn to hold his hand as he ventures into the other side of his career which is coaching.”

On his part, City Stars CEO Patrick Korir said: “We thank him for his dedication and diligence to the team and we will support him as he scales upward to coaching. He is part of a long term plan and we will endeavour to build his capacity as we go along.”

The former Thur Gem and Makokho Mixed Secondary School alumnus started his competitive football at Premiership side Nzoia Sugar before moving to Chemelil Sugar. He completed his sugar belt circuit with a move to Sony Sugar in 2006 for two seasons.

He later joined Tusker and wrestled back-to-back Premiership titles in 2011 and 2012. The next stop was a short stint at Nakuru AllStars before joining AFC Leopards. Later on, he sampled Kakamega Homeboyz, Mathare United, Sofapaka, Bandari and Nakumatt before making a bee-line for City Stars in 2019.

The former Kenya U20 and National team player bagged several individual awards in his playing career including being the best scoring Premiership defender at Sony Sugar in 2008 and at Mathare United in 2015. Not forgetting with City Stars at the end of the 2018/19 NSL season.

Abich, who has lately been coaching youngsters at Zimmerman, holds a ‘D’ license coaching Diploma and has a chance to learn from Uefa Pro coach Sanjin Alagic from Bosnia, the current head coach at City Stars.

Abich follows Arthur Museve to the City Stars bench. Museve ended his lengthy City Stars playing career at the close of the 2018/19 NSL season to take up a trainers’ role at the club.