He says the club is targeting a better performance next season

•Kadenge said an equal number of players have left the club in search of greener pastures while others were dropped. 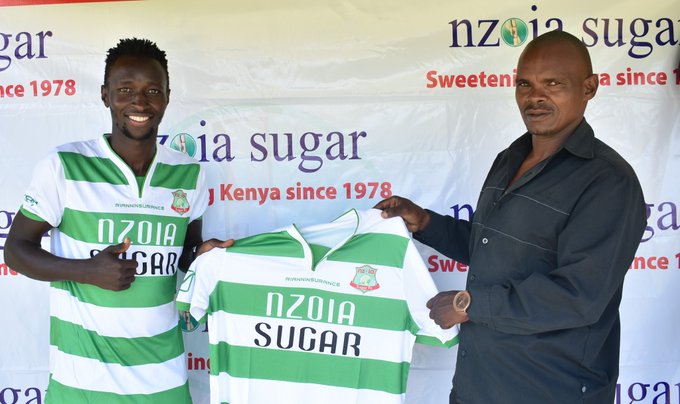 Kenya Premier League side, Nzoia Sugar have signed nine players, according to the chairman Evance Kadenge.

Kadenge said an equal number of players have left the club in search of greener pastures while others were dropped.

“We did away with some players whose performance was below par last season. We wish them well in their endeavours,” said Kadenge.

He added that since the transfer window has not been closed, he is anticipating that more players would depart. “If any player wants to leave, we can't stand on their way,” he noted.

Those who have left are Mohammed Nigol, Robert Abonga, Chris Wesamba, Masoud Juma, Abraham Kipkosgei, Faraj Kibali, Boris Kwezi, Jeremiah Wanjala and Vincent Odongo, who has since joined Kariobangi Sharks. Kadenge added that they are also in the process of recruiting a new head coach.

“The deadline for application is on Wednesday (today) and we expect to hire a coach who will take this project to the next level. The mandatory requirement for those applying for the position is a CAF C license which is a requirement for any coach to handle a KPL team,” he noted.

He said so far,  they have received 10 applications but declined to reveal the names. “We expect more applications before the deadline on Wednesday. Our sponsors Nzoia Sugar’s human resource department will do shortlisting and interviews. We expect a new coach in the next two weeks,” said Kadenge.

He says the club is targeting a better performance next season. “Even though we don’t know when the season will start, we want to improve on last season’s performance,” said the chairman.