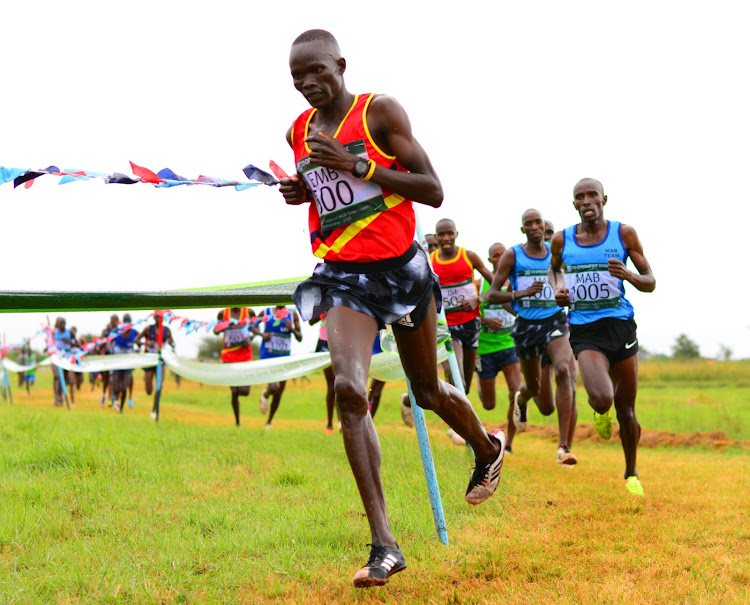 Having set up training camp at Ngong Hills, Kibiwott said he is going for no less than the first place. “I have trained hard in the past weeks under the guidance of my coach (John Korir). So the threat of Cheptegei is neither here nor there,” Kibiwott said.

The Ugandan has been tipped by long-distance running legend Haile Gebreselassie to break the world record in 5000m but this does not terrify Kandie.

"It is only during the race that we will know the threat posed by all the athletes. As per now, I am focused on my training until next week when we are supposed to travel to Poland," he said.

He will be buoyed by his outstanding performance in September  in the RunCzech Half Marathon in Prague, Czech Republic, during which he recorded a world leading time of 58:38.

It has been a good year for Kandie who also won the Ras Al Khaimah Half Marathon (RAK) in February.

He will be leading a five-man team comprising Leonard Barsoton, Morris Munene, Bernard Kipkorir and Bernard Kimeli to  the championship to be held on  in the port city of Gydnia.

Jepchirchir is fresh from breaking the world half marathon record at the RunCzech Half Marathon and will be hoping to finish her year on a high. All of them will depart the country on October 15, 2020to arrive in Poland a day earlier.

Athletics Kenya vice-president Paul Mutwii said that the athletes will  will be allowed to train individually as they have been doing and there will be no residential camp.

"We can't have a residential camp because of Covid-19 restrictions. Instead, we will all meet on October 14 before flying out of the country the next day. Athletes have been allowed to train on their own with individual coaches and pacesetters," Mutwii said.

Mutwii is confident the team will return an exceptional performance because they are the best of the bunch.  "The technical group selected these athletes based on their ratings in half marathon worldwide. We looked at their past performance and settled on these ones," he said.

The championships had originally been slated for March 29, 2020 but was rescheduled because of the Covid-19 pandemic and subsequent restrictions.