•The teams that will play in the 2020-2021 will include champion KCB, Kabras, Homeboyz, Impala, Mwamba , Menengai Oilers, Nakuru RFC, Nondies, Quins and Blak Blad.

•The Caucus also asked the Kenya Rugby Union to open the transfer window following the cancellation of the 2019-2020. 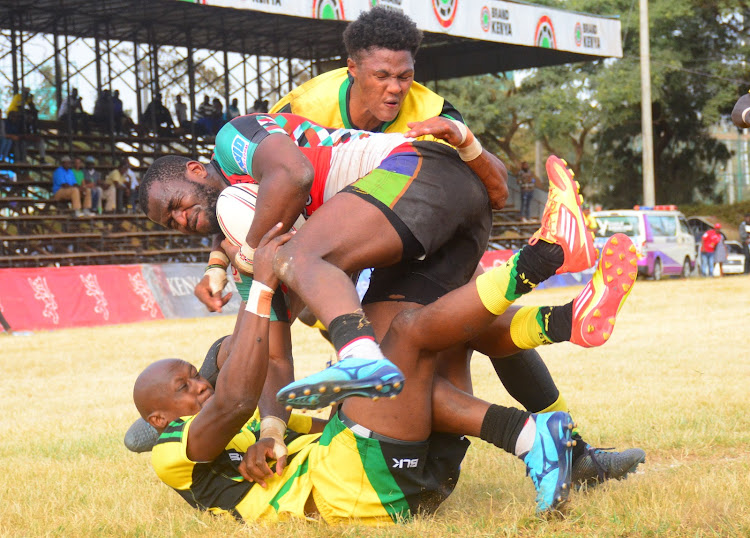 Kenya Cup clubs caucus want status quo in the top tier to remain following the cancellation of the 2019-2020 season.

In a virtual meeting held yesterday by the top tier clubs, the caucus agreed that with the season now cancelled due to the coronavirus pandemic, the 2020-2021 season should main the clubs that did duty last season.

Kenya Cup caucus chairman, Xavier Makuba, said with no league winner last season, there should be no promotion or relegation.  It is very hard to relegate and promote teams without the season being completed," he said.

"We have proposed that the teams that competed last season stay in the top tier for another season and there be no promotion and relegation for the upcoming season," noted Makuba.

The proposal will be a bitter blow to the likes of former Kenya Cup outfit Strathmore Leos, Mean Machine, Masinde Muliro University of Science and Technology, United States International University and Northern Suburbs who had qualified for the championship playoffs and were eyeing the two playoff spots in the Kenya Cup.

The teams that will play in the 2020-2021 will include champions KCB, Kabras, Homeboyz, Impala, Mwamba, Menengai Oilers, Nakuru RFC, Nondies, Quins and Blak Blad.

The proposal means teams like Kisumu and Western Bulls who were on the verge of relegation will survive  another year in the top flight. The caucus also asked the Kenya Rugby Union (KRU) to open the transfer window following the cancellation of 2019-2020 .

Makuba said with the season now behind them,  it's time for clubs to bolster their squads in readiness for the start of the new season.

“The union should open the transfer window. The clubs have already started planning for the new season ahead and some would like to make additions before the season starts ," added Makuba.

The caucus proposed that with the strict return to play guidelines issued by he Ministry of Sports and with testing very prohibitive, players should be tested at various Kenya Medical Research Institute (KEMRI) centres across the country as most clubs cannot afford.

“The clubs have insisted that due to the testing being very expensive, the players can avail themselves at regional offices of Kemri across the country to have their tests done," added Makuba. He added that he is hopeful the new  season will start in November.