The Australian says he’s “excited to get racing” in Austria next weekend and “it’s really back to business”.

• Ricciardo’s switch for next season — before any racing had happened in the coronavirus-delayed 2020 championship — was one of a series of moves triggered by Ferrari’s decision last month not to retain Sebastian Vettel after the end of this year. 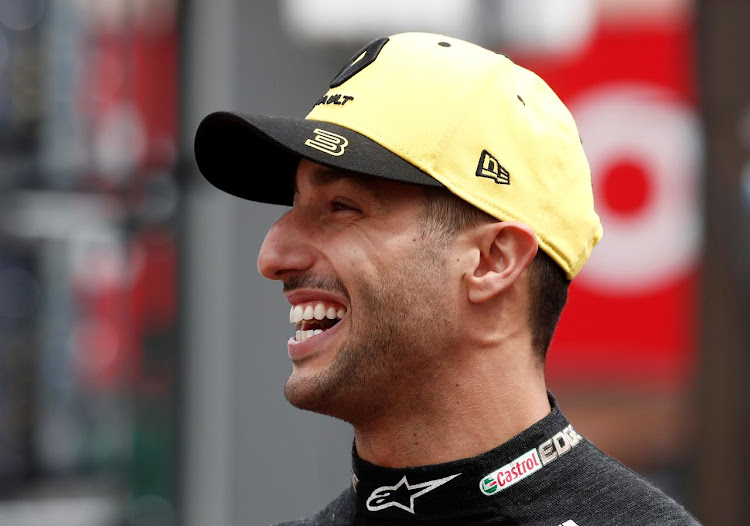 Daniel Ricciardo says he and Renault have “moved on” from his decision to switch to McLaren next year ahead of the start of the new season.

The Australian says he’s “excited to get racing” in Austria next weekend and “it’s really back to business”.

“Maybe the first time I see some people there might be that moment of perhaps, I don’t know if the word is awkwardness,” Ricciardo said. “But from my side it’s been put behind me and it’s not in my thoughts.”

Ricciardo’s switch for next season — before any racing had happened in the coronavirus-delayed 2020 championship — was one of a series of moves triggered by Ferrari’s decision last month not to retain Sebastian Vettel after the end of this year.

McLaren’s Carlos Sainz is moving to Ferrari for 2021, and Ricciardo will replace the Spaniard. That means Ricciardo, Sainz and Vettel all head into the new season knowing they will not be staying with their current teams beyond the end of the year.

Ricciardo said: “Time has passed since the news now. I have spoken to if not seen some members of the team. Hopefully we get a bundle of races and get a chance to finish this out strong.”

“We’ll just get on with it. I have spent a couple of days in the simulator and seen a few people around the factory and no black eyes or punches in the stomach so I think we’re all moving on and will give it our all for the rest of the year.”

Renault F1 team boss Cyril Abiteboul said there would be no preferential treatment for Ricciardo’s new team-mate Esteban Ocon, who starts on a minimum two-year contract with the French team.

Abiteboul said the Renault that races in Austria on 3-5 July would be upgraded significantly from the car that had been due to start the year in Melbourne before that race had to be called off.

He said the team had worked hard to ensure that development parts that had originally been scheduled to go onto the car at the Vietnamese, Dutch and Spanish Grands Prix had all been made ready for Austria.

But he added: “I want to downplay any expectation because our car was really, really bad last year so we just hope we will be slightly better because we are still not sure of the competitiveness of the car from the winter test.”

Ricciardo said he believed the field would “tighten up” this year and that the gap between the midfield and front would close.

F1 has put in place a series of protocols to ensure the sport minimises the risk with the coronavirus in restarting. Teams will be kept separate from each other, and each will operate a ‘bubble’ system whereby sections of each individual team are kept apart from each other.

F1 has recently backed off on the regulatory of testing for personnel, changing the requirement from every two days when away at race meetings to every five. But Abiteboul said he still had some concerns about the protocols, especially because the requirement for all members of a ‘sub-bubble’ to self-isolate if on tests positive could mean a driver was unable to take part in a race weekend.

“The code of conduct is still bit fluid,” Abiteboul said. “It is a balance between the risk and the practicality and the necessity of the operations. That balance is difficult to find.

“The biggest challenge would be in the implementation of group and sub-group, so if there is a positive case it remains limited to a sub-group, because there is a risk that one single person in the team then the whole team is out for the time of the test. And because the basis of the test can take 24 hours, we can see that if that positive case happens on a Saturday morning, you are not going to qualify and not going to participate in the race.”

“We still need to have a bit of discussion on how to balance risk and common sense and participation in the sport event.”

But he added that F1 could send a powerful message by getting its season up and running.

“The fight against Covid-19 is not won yet but real life with Covid-19 can exist,” Abiteboul said. “That is the demonstration F1 can show to the world and that is a great opportunity to do it. We are one of the first global sports platforms to do that and I hope we do it in style next week.”