AK Youth Committee chairman Korir said they will abide by all government directives.

•Kenya Hockey Union President Nashon Randiek said they are waiting for the Ministry of Sports to give a directive on whether this weekend league matches will go on.

• Athletics Kenya Youth Committee chairman Barnaba Korir said they will abide by all the directives issued by the government, even if it means suspending all upcoming athletics events. 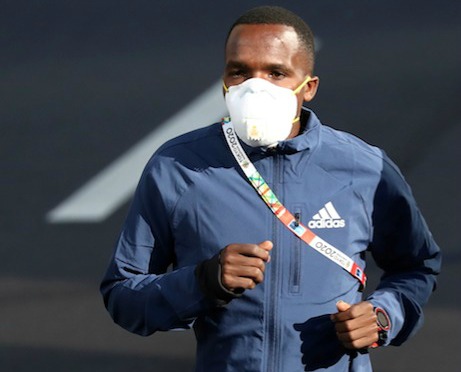 The sporting fraternity in Kenya has been thrown into confusion in the wake of the country's first positive test for coronavirus.

Athletics Kenya Youth Committee chairman Barnaba Korir said they will abide by all the directives issued by the government, even if it means suspending all upcoming athletics events.

“Everybody must follow what the government has directed. If you look at other countries, it will be a disaster if we don’t do so,” said Korir.

“The health of individuals is important that any sporting activity and we are ready to do whatever the government has and will direct, including cancelling our local activities.

“I also want to ask all athletes to abide by these regulations. Nobody should try to be clever by circumventing the government directives, through the ministry of Sports and that of Health,” he added.

However, Kenya Hockey Union president Nashon Randiek said they are waiting for the Ministry of Sports to give a directive on whether this weekend's league matches will go on.

“Until the Ministry of Sports dictates otherwise, the matches will go on as planned. We are monitoring the situation and at the same time waiting for the ministry to either cancel or allow local competitions to go on,” he said.

Football Kenya Federation Chief Executive Officer Barry Otieno was this morning locked up in a meeting to discuss the way forward in regard to this weekend's Shield matches.

Eight Round of 16 matches for the tournament are lined up with the top two leagues, the Kenyan Premier League and the national Super League already on a break.

Four Women Premier League are set to be played this weekend

“We have had a discussion this morning and we will issue a statement before noon,” said Otieno.

Kenya Handball Federation Technical Director Charles Omondi was tight-lipped on whether this weekend's league matches at Kaloleni grounds will be affected.

"We have just received the information a few minutes ago and we will communicate the way forward in due course," said Omondi.

The patient was a Kenyan citizen who returned to Kenya from US via London on March 5.
News
1 year ago

She went straight to hospital when she started feeling unwell.
News
1 year ago

The President held an emergency session of the National Security Council on Friday.
News
1 year ago
by MESHACK KISENGE
Sports
13 March 2020 - 12:01