The agency penalised creative director Kaoru Sugano, 42, last month for ‘power harassment’ after he behaved in an ‘inappropriately excessive manner’ to an employee within the Dentsu group, it said, without specifying the sanction. 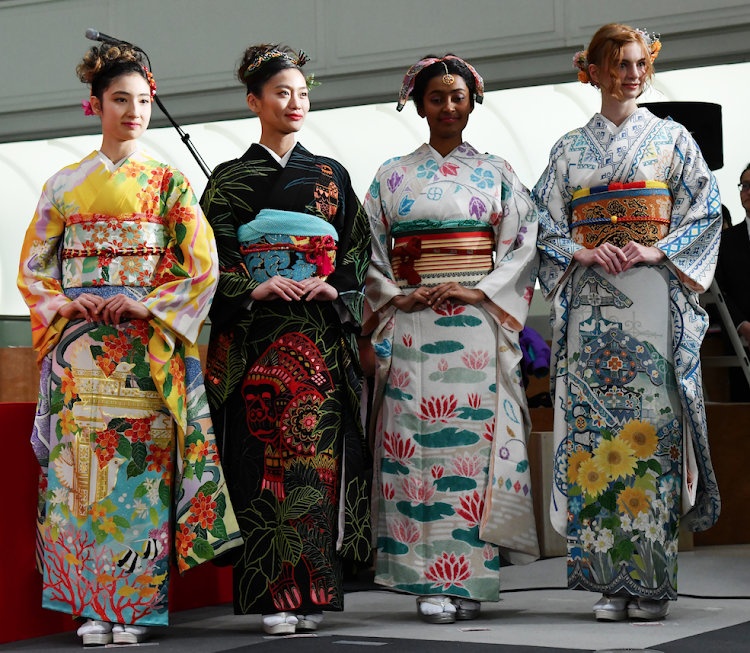 Women wear kimonos in the motif of countries during a ceremony to celebrate the Tokyo Olympics at Tokyo Stock Exchange in Tokyo on January 6
Image: /REUTERS

An employee at Japan’s largest advertising agency Dentsu Group Inc, who had been helping design the opening and closing ceremonies of the Tokyo 2020 Olympics, has been punished for allegations of bullying, officials said yesterday.

The agency penalised creative director Kaoru Sugano, 42, last month for ‘power harassment’ after he behaved in an ‘inappropriately excessive manner’ to an employee within the Dentsu group, it said, without specifying the sanction.

The incident is the latest to throw Dentsu’s work culture into the spotlight. The firm’s president stepped down from his role following the ‘death by overwork’ of a young employee three years ago in a suicide which prompted official probes and fresh hand-wringing over Japan’s overtime culture.

Just last month, Dentsu received a warning from labour authorities over overtime practices. Shusaku Kannan, a Dentsu official, said in an email statement that Sugano was ‘firmly disciplined’ and on leave of absence, but denied speculation he was fired. Sugano served as creative director in the eight-member planning team for the 2020 Tokyo Olympics and Paralympics opening and closing ceremonies.

Dentsu said it reported the incident to the Tokyo 2020 Organising Committee. On Tuesday, he applied to the committee to resign from his role of overseeing performance at the Olympic ceremonies, which was then accepted, Kannan added.

Abe has hailed the completion of the National Stadium built for the Olympics in Tokyo which will stage athletics and soccer events as well as the ceremonies. A maximum of 119.89 million pounds has been budgeted for the opening and closing events.

“Tokyo 2020 will ensure that there is no impact on the opening and closing ceremonies as a result of Sugano’s resignation,” the organising committee said in a separate email.