Capdevielle said criminalising doping will take the battle against doping in athletics a notch higher.

•AIU, the World Athletics’ wing that deals with integrity, has supported Kenya’s quest to have doping criminalised.

•There are 262 athletes registered by World Athletics Road Running and Capdevielle said between 40 and 60 athletes will be added to the testing pool in 2020. 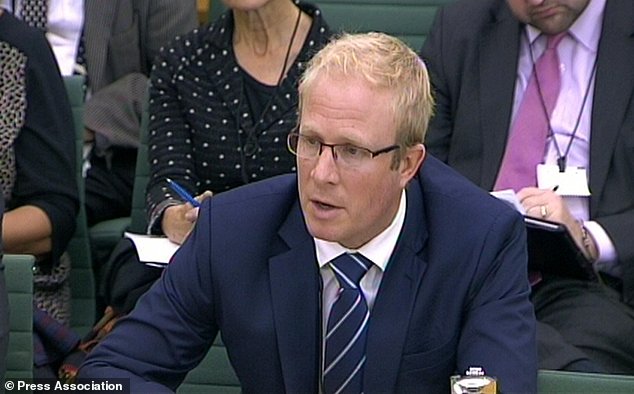 At the same time, AIU, the World Athletics’ wing that deals with integrity, has supported Kenya’s quest to have doping criminalised.

AIU’s head of programs Thomas Capdevielle yesterday said after extensive analysis of road running, they discovered that 76 per cent of 50 road race winners in World Athletics Gold Label races were not part of any out-of-competition anti-doping programme in 2018.

“In the same year, we noted that 74 per cent of the podium finishers in those Gold Label road races were not included in out-of-competition testing pools,” said Capdevielle.

“In twenty-two per cent of those races, not a single athlete who finished on the podium in either the male or female races was tested out-of-competition.”

Capdevielle said this situation poses a major risk to the integrity of the road running events.

The AIU boss was speaking during an international press conference at Hilton Hotel ahead of Athletes Conference, which starts tomorrow at the Sirikwa Hotel in Eldoret.

“Given the uniqueness of the road running industry where the pool of talented runners compete at the highest level and earn a good living from it, the race is currently the in-thing in athletics,” said Capdevielle.

He protecting the integrity of the road running industry requires more funding to cover a wider group of athletes.

Under the previous system, the AIU and World Athletics funded the first 50 road runners in the testing pool. AIU intends to use between US$2.6 million ( Sh260m) and US$ 3.2m (Sh320million) in their Road Running Integrity Programme in the year 2020.

He explained that after tomorrow’s session with close to 130 road running athletes that will include athletes from Uganda, they will move to Addis Ababa, Ethiopia for similar sessions.

Capdevielle said criminalising doping will take the battle against doping in athletics a notch higher. “ World Athletics don’t want to interfere with Kenyan affairs but we want more done in investigations to punish those involved in doping including coaches, doctors and pharmacists who are involved,” said Capdevielle.

Amina disclosed that a team has been formed to amend the Anti-Doping Laws that will have doping criminalised. “The conversation is in and we want to ensure that the whole entourage takes responsibility,” said Mohammed adding that the government through Adak is committed to eradicating doping in the country.

Without saying when the laws will be ready, Amina reiterated that athletes reprimanded for doping will never represent the country again.

Rugut said since the establishment of ADAK in 2016 they have done over 3,000 tests with 136 workshops also having been held. “We have done 567 in the last five months and this is great,” said Rugut.

Tuwei said the conference in Eldoret that starts Wednesday (December 4)  through to Saturday (December 7) will dwell on Anti-Doping, legal matters, investment, taxation, ethics and values and athletes’ media relation.