Simbas must improve ahead of Zim decider, says Odera

• Hosts outscore visitors by four tries to one in an entertaining contest. 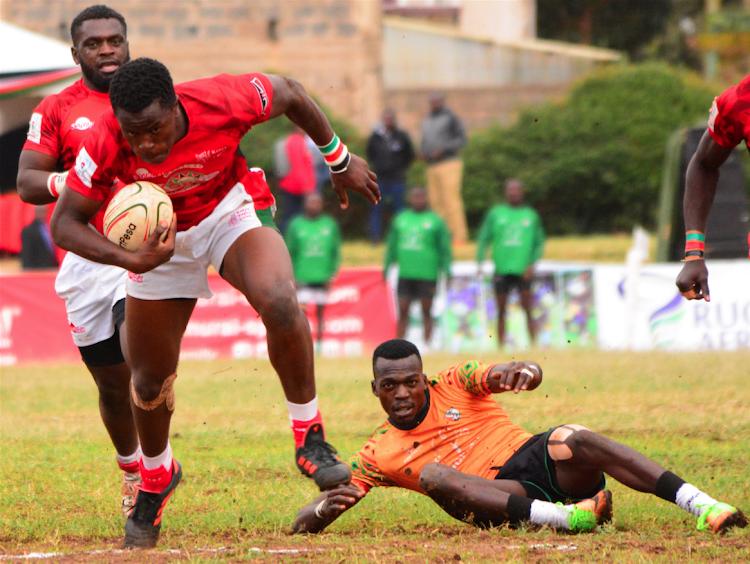 Kenya Simbas coach Paul Odera has admitted that there is still room for improvement ahead of the Victoria Cup decider against Zimbabwe next month.

The Simbas kept their hopes alive with a 31-16 victory over Zambia at the RFUEA ground to complete a home away and sweep over the Zambians. The hosts led 18-13 at the interval.

Odera said he will field the first team players for the decider on September 21 after going for youth in the win over Zambia.

"It was good to give the likes of Samuel Asati, Eliud Mulokoli, Geoffrey Okwatch, and Brian Amaitsa a feel of what Test rugby is all about and they played well. They are future of Simbas,” added Odera

Odera said kicking still remains a concern for the side after seeing the Simbas miss nine points from three missed conversions and a penalty.

"I have said kicking for points in Kenyan rugby is still a problem and it's something that our clubs must address going forward,” said Odera.

Odera said the training period of a month to the Zimbabwe clash gave them adequate time to be sharp.

Kenya lost to Zimbabwe early this month 30-29 in Bulawayo and Odera believes his charges will have to be sharp in all aspects of play.

"At times we are a bit lacklustre. We can't afford that against Zimbabwe. Our setpiece and defence must be well aligned,” added Odera.

Stand-in skipper Lilako said they were relishing the challenge of facing Zimbabwe at home. "It's going to be the biggest game of the year. We lost by a point in the away fixture so if we can correct our mistakes, I think we will carry the day,” said Lilako.

The Simbas have a decent record against Zimbabwe at home winning 46-30 last year, in 2017 and in 2016. Zimbabwe are unbeaten, winning all their fixtures in the campaign this year.