There no more delays in athletes' allowances, says PS Kaberia 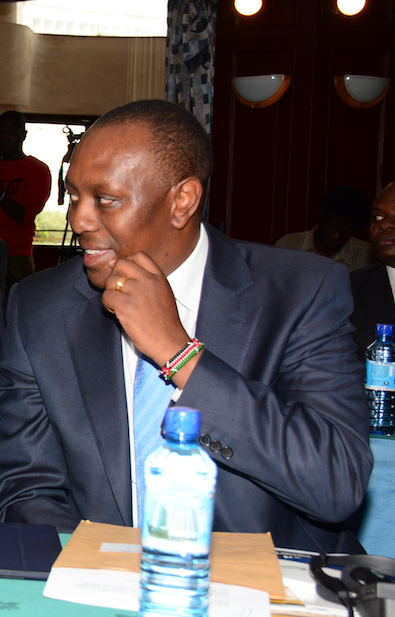 Complaints about delayed or unpaid allowances by athletes representing the country in international events is a thing of the past, according to Sports Principal Secretary  Peter Kaberia.

Speaking when he saw off the judo team at their residential camp, Kaberia said they had adopted a new system of payment in conforming with guidelines from the Salary and remuneration Commission. “We are strictly adhering to recommendations from SRC whereby each member in the travelling party is expected to furnish the ministry with their verified account details from where payment will be made,” explained the PS.

“No longer will athletes be receiving their allowances through third parties or in cash. From now on, we want to focus on the performance of our teams and not complaints about money,” reiterated Kaberia.

The PS also played down reports of quibbles by some federation over the number of travelling slots set aside for their athletes. The Taekwondo Federation and Athletics Kenya were demanding an increase in the number of their members who would fly to Morocco.

“The challenge we have had is with federations that want more slots. We are in agreement with all federations on the number to travel and wherever there is a difference, it is with the full concurrence of the relevant federation,” Kaberia explained.

The PS revealed further that the government has spent over 340 million to ensure the Kenyan team is ready for the African Games in Rabat. He concluded that the current team, the biggest Kenyan contingent in the history of the games, is well equipped to bring in a record haul of medals.

“We will be competing in 22 disciplines—the most we have ever registered and so naturally, we expect to win many medals. From what I have seen in my interaction with the athletes and their trainers, there is no doubt in my mind that they will bring home many medals,” he said. Several teams like boxing have been enduring partial release of visas but Kaberia was confident all will be resolved in a timely fashion.