BENIN ON CUP OF NATIONS

• The 35-year-old has been included in the Squirrels’ 23-man squad for the tournament in Egypt.

• There is no place on coach Michel Dussuyer’s list for Middlesbrough forward Rudy Gestede, whose season was interrupted by injury. 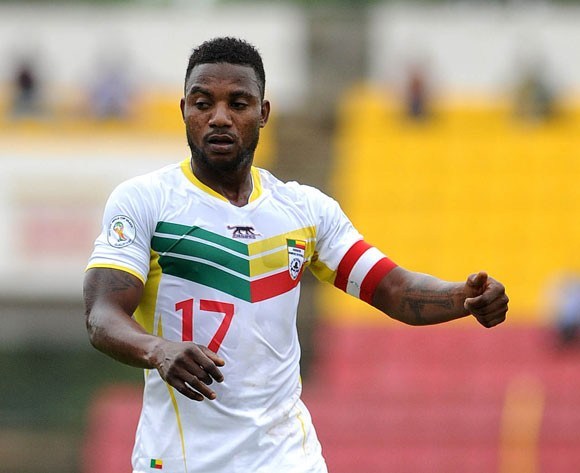 Benin's Stephane Sessegnon during a past match
Image: /COURTESY

Benin’s most capped player and captain Stephane Sessegnon is set to make his third Africa Cup of Nations appearance.

The 35-year-old has been included in the Squirrels’ 23-man squad for the tournament in Egypt.

However the midfielder, who plays in Turkey for Genclerbirligi, will be suspended for Benin’s opening Group F game on 25 June against Ghana.

He misses the match after an accumulation of yellow cards in the qualifying campaign. Sessegnon, who also played for Sunderland, West Bromwich Albion, Paris Saint-Germain and Montpellier player, has 73 caps for Benin’s and with 21 goals is his nation’s joint leading scorer.

He will have a chance to claim the scoring record outright from Razak Omotoyossi, who is not in the squad for Egypt. There are 21 overseas-based players in the squad including Huddersfield’s Steve Mounie and the in-form Turkey-based striker Mickael Pote as well as Khaled Adenon and Fabien Farnolle, who both play in France.

There is no place on coach Michel Dussuyer’s list for Middlesbrough forward Rudy Gestede, whose season was interrupted by injury. Dussuyer has also named a further seven players on a standby list.

The Squirrels will play two friendly international warm-up matches in the Moroccan city of Marrakech before heading for their fourth Nations Cup finals in Egypt.

Benin will face Guinea on 11 June and Nations Cup debutants Mauritania a week later. As well as facing Ghana at the tournament scheduled to kick-off on 21 June Benin will face five times champions Cameroon and Guinea Bissau.