Time for me to go, says Kinyua

• Kinyua said, without offering an explanation, that he is not involved in any activities of the region.

• Kinyua believes his continued stay in the position may be detrimental, or at least non-beneficial to the region. 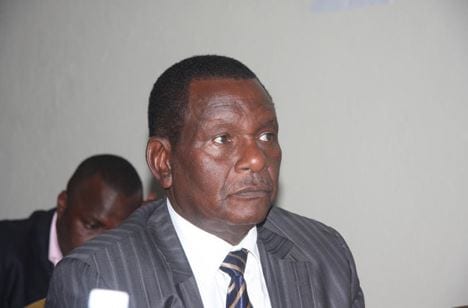 Former Athletics Kenya treasurer Joseph Kinyua has relinquished his position as the elected chairman of the AK Eastern region with immediate effect.

In a letter dated May 6 to the regional governing body, Kinyua pointed out that he has been involved in unending engagements with parties outside the region since 2015 and believes their main aim is rendering his position as chairman untenable.

Without offering an explanation, he said he is not involved in any activities of the region. "The region has even sought clarification on my position (from AK) but none has been forthcoming,” said Kinyua. As such, he believes his continued stay in the position may be detrimental or at least non-beneficial to the region.

“Having elected me unanimously and in absentia in 2008 and again in 2013, I must put the region before self,” added Kinyua.

He, however, thanked the membership of Eastern Region for the harmonious working relationship since 2008 and for raising the standards of athletics in the region to unprecedented levels.

Kinyua was let off last year by the IAAF Ethics Board after years of investigations over misappropriation of Athletics Kenya sponsorship funds alongside the then president, the late Isaiah Kiplagat and former secretary general David Okeyo.

Okeyo was banned for life and in addition, slapped with an Sh15m fine. He has since appealed the ruling and the hearing of his case is set for Wednesday.