Brunlehner among the top stars for this weekend's show at Moi, Kasarani 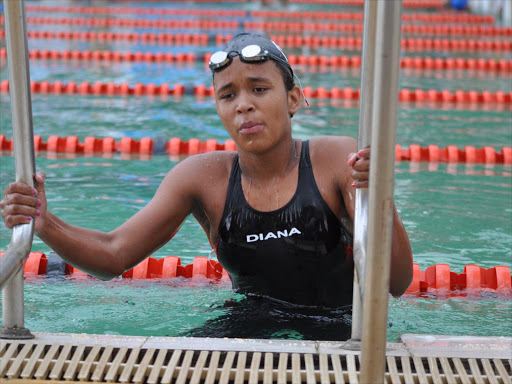 A file photo of Emily Muteti at a past African Swimming Championship in Nairobi.

The trials will be used by KSF to select swimmers to represent the country in various summer games including World Championships in South Korea, World University Games in Italy, All Africa Games in Morocco, Africa Junior Championships in Tunisia and World Juniors in Hungary.

“It's going to be an exciting four days given that the swimmers competing have had to meet tough qualifying times for the trials," added Maina.

Maina noted: “For the first time in a long while, Kenyans will have a chance to see all their top swimmers compete in the same pool on home soil.”

“It will be a great opportunity for everyone to watch a new generation of Kenyan swimmers stepping forward after the exit of the Dunford brothers. Currently, we have a strong blend of local and foreign-based swimmers capable of competing at the highest level,” added Kamau.

She lauded NOCK for the support they have given to swimming in the recent past.

The event has been sponsored by Canadian company Vivos Swim & Fitness Wear to the tune of Sh9 million.