More than 80 stewards to be trained ahead of Everton visit 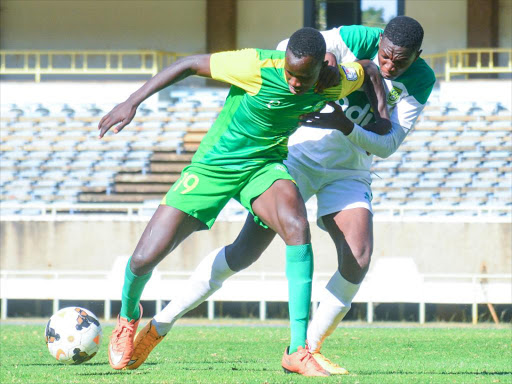 SportPesa in conjunction with the Kenya Premier League are expected to train more than eighty stewards who will man the much awaited international friendly match pitting Kariobangi Sharks and Everton later in the year. The English side is set to check in the country for the first time during their pre-season period to play the Shield Cup holders in a friendly fixture slated for the Moi Stadium, Kasarani.

With spectators set to fill the 60,000 seater facility to the brim, the organisers and the league body are leaving nothing to chance as preparations to secure the playing surface, changing rooms, the dugout and the stands are reportedly underway. Sportpesa are also expected to commission a team of International Matches Organizing committee (IMOC) that will be chaired by Football Kenya Federation (FKF) to plan for the match. The dates for the match are yet to be released. Sharks secured the rights to play Everton after winning the third Edition of the Sportpesa Cup held in Tanzania after beating their fellow KPL side Bandari 1-0 in the finals. Two-time champions Gor Mahia, who had played the English side twice where the first friendly was staged in Tanzania before traveling to United Kingdom last year for the second one, were eliminated in the quarters by Mbao FC.

The two sides had met in 2017 in Tanzania, where Everton secured a 2-1 win over the KPL champions. The move to host Everton in the country is seen as a major milestone for the growth of local league after hosting Hull City last year where they played Gor Mahia at Kasarani. Reached for comment, sponsors sportpesa declined to comment on the trip insisting they will issue an official statement at the right time. This is despite the fact that they have already reached out to likes of KPL to start security plans for the match.

Even though Sharks do not have the luxury of massive following in the country unlike Gor and AFC Leopards, the organisers expect good turnout.

Formed in 1888, Everton have competed in the top flight in the English Premier League for 116 seasons and have won 15 major trophies. The Toffees biggest rivals are Liverpool whom they contest in the Merseyside Derby. On the other hand, Sharks were founded in 2000 and climbed their way to the top league getting promoted to the top tier in 2016. Sharks won last year’s FKF Cup and represented Kenya in the CAF Confederations Cup.