Stars to wait longer for DP’s pledge of Sh50 million 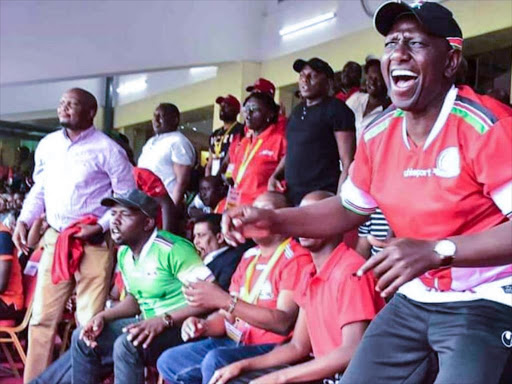 The Sh50 million promise from the Deputy President William Ruto to the national football team, Harambee Stars is expected to be disbursed in March next year. The promise was made last year after Kenya won the Cecafa Senior Challenge and reaffirmed a day to the qualifier against Ethiopia in October. But despite Kenya qualifying with a match to spare, the money is yet to be released to the players.

Kenya, who top Pool ‘F’ returned to the Afcon after 15 years in the cold following Caf’s decision to expel Sierra Leone from the qualifiers. According to Football Kenya Federation (FKF) President Nick Mwendwa, the money and the bus promised are likely to be delivered next year in March.

“The money and the bus are likely to be given next year March after we play Ghana with all the players are available. The promise is still there, and we are coming up with the best way to share the money between the players who participated and the secretariat. We did it after last year’s Cecafa Senior Challenge triumph and we did not have issues and we hope we will come up with the best way possible to share it.”

Meanwhile despite Harambee Starlets failing to grace the recently concluded Africa Women’s Cup of Nations (AWCON) held in Ghana, FKF haven’t jilted them in seeking justice at the Court of Arbitration for Sports (CAS). Starlets were locked out of the biannual tournament after their appeal to have Equatorial Guinea barred failed.

“We are still pushing the matter at CAS. We haven’t given up even though the tournament is over. We hope justice will prevail,” said Mwendwa