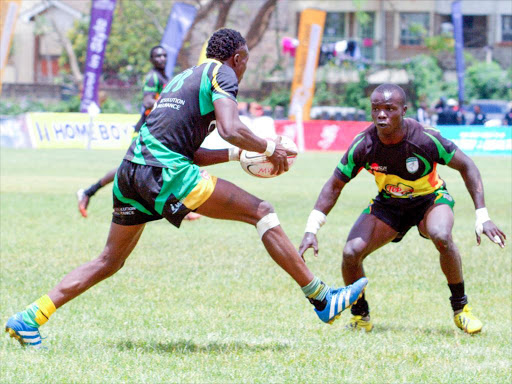 The teams recorded mixed results last weekend with Kisumu, under the tutelage of Howard Okwemba, beating University of Eldoret 20-9 while MMUST succumbed to rivals Western Bulls 14-15..

Coach Okwemba is targeting a win over the debutants to maintain their lead at top of the log. Resolution Kisii travel to Kakamega for an encounter against Bulls.

Kisii coach Eric Bosire expects a tough match but hopes his charges will return to Kisii County with maximum points. “The game against Kitale helped us gauge the boys because we didn’t have a serious pre-season friendly. For us to return to Kenya Cup, we need to win all our matches,” said Bosire.

Kisii edged Kitale 11-3 in a one-sided encounter at Gusii Stadium. Kitale and UOE will battle it out at Equip Africa College in Kitale, seeking their first wins of the season.

Ben Amboko, the Kitale RFC chairman said their target is Kenya Cup. “We are determined to make it to Kenya Cup in our debut season,” he said.