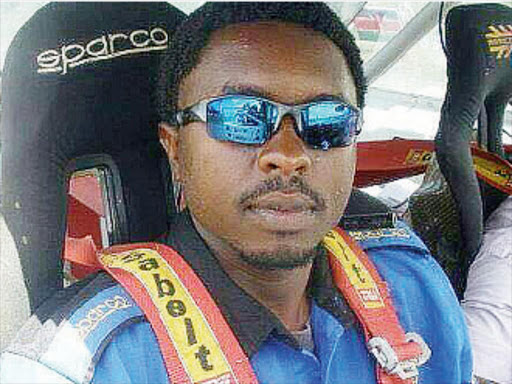 The late navigator and scrutineer Steve Mbuthia Wainaina who died on Wednesday morning in a car accident on Thika Superhighway./COURTESY

The Kenyan rallying fraternity is reeling in shock and disbelief following the death of Steve Mbuthia Wainaina, who passed on yesterday morning in a motor accident at the Thika Road flyover.

Mbuthia was a navigator and scrutineer in Kenya National Rally Championship events. Being an all round sports personality, Steve also played golf at Thika Sports Club and an avid follower of professional golf. The soft spoken navigator made up the team of scrunieers, who worked under KMSF chief scrutineer, Musa Locho.

When not calling the pace notes, Mbuthia navigated a number of KNRC drivers among them Edward Maina in his quest for the KNRC ‘S’ Class championship.

Mbuthia was also a member of Rallye Sports Club and a student of Abdul Sidi Rally Academy. The rally fraternity condoled with the family of the deceased.

KMSF chairman Phineas Kimathi said: “My sincere condolences to the family of the late Steve. May his soul rest in eternal peace.”

The 2WD competitor Sammy Nyorri said: “So sad. It’s like a bad dream. So young and energetic; always willing to go that extra mile to assist. RIP bro.”

Locho on his part noted: “Woke up to receive the sad news early this morning. We have lost such young energetic man, who so committed to motorsports in every way. He was my assistant in many events and he was so willing to learn and help. Will miss him dearly. RIP.”