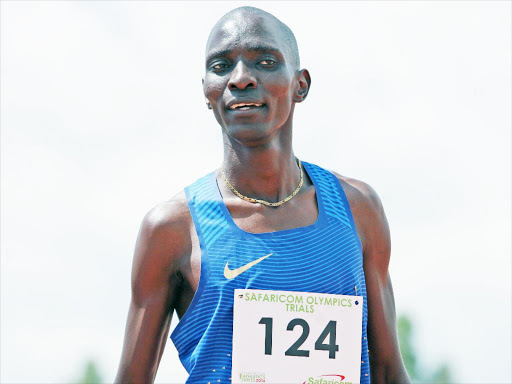 There were fears the plight that befell Rosa Management could affect the performances of the firms athletes at the Rio Olympic Games.

This was sparked by Kenyan law enforcement officers move to charge their manager Federico Rosa with doping allegations and most of his athletes had suspended their training in a show of solidarity.

But three time world 1500m champion Asbel Kiprop is now ready and is heading to the Olympics with his eyes on the gold medal.

“I have been training well focused on doing well in Rio,” he said.

His unstable state of mind contributed to his poor performance in the IAAF Diamond league in Monaco last month where he finished fifth.

“I was not stable mentally when I went to Monaco and you know I had disrupted my training due to the unfortunate circumstances at our our management,” he added.

“We were shocked and disturbed since we knew such allegations were not true and wondered what was the motive,” he added.

Focused on flying Kenya’s flag in national colours in a weeks time, Asbel says he is now mentally stable and ready to fight tooth and nail for the country.

“Kenya is my motherland and I will fight for it. Competing and doing well for my country is my first priority in Rio,” He asserted.

Media members trekked with him yesterday morning during a 12 kilometre training run.

He traversed the winding Moiben muddy road as the vast maize plantations within the vicinity offered a feel of nature.

The main target is to gain endurance considering the stiff competition ahead in Brazil.

Though he views his teammates as his main challengers in the race, he can not rule out other athletes.

“I see my two brothers Manangoi and Kwemoi as my challengers in the contest since they are very competitive. But anybody who will make it to the finals can be ruled out,” he explained.

Asbel will be battling alongside world silver medallist Elijah Manangoi and Ronald Kwemoi in the 1,500m.

The tall and slender athlete already has an Olympic gold awarded to him after the initial winner Rashid Ramzi was disqualified after testing positive of a banned substance at the 2008 Beijing Olympics.

With a world lead of 3:29.15 set in Birmingham this season, Asbel is thirsting for his own gold won on the track.

“It s true I have a gold medal but I didn’t feel it.I am targeting to enjoy that happiness on stage with victory,” he said.