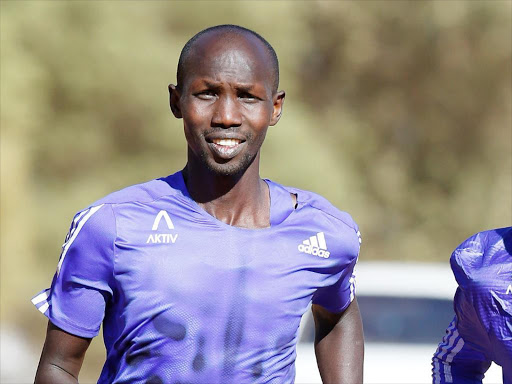 Kipsang said he will participate in a half marathon race to test hi state of preparedness.

“I have told my manager to fix me a half marathon race in February. I want to test my readiness for a marathon in April,” he added.

Kipsang spoke in Kisii town after a Professional Athletes’ Association of Kenya (Paak) meeting for athletes based in Kisii and Nyamira counties.

He said in April he may return to London to try to reclaim the London Marathon title.

“The organisers have not released the names of invited athletes for London. The Boston Marathon is also on my mind,” he said.

“This is definitely a promising year for me. My training is going well and I’m fully focused,” he added.

Kipsang said he will continue to train in Iten and Ngong when in Nairobi.

He has an impeccable record having participated in 12 marathons, won nine and six of them under two hours five minutes.

He also failed in his bid to defend the New York marathon finishing fourth in a race won by Stanley Biwott.

Meanwhile Kipsang who is also the president of the Paak wants more local managers registered in the country.

Paak president Wilson Kipsang has raised concern over what he termed as the restriction of local managers by Athletics Kenya.

“If one meets IAAF requirements, he or she should be given a licence. We should open up and get more local managers in,” he said.

Speaking at Mwalimu Hotel in Kisii during a meeting with Kisii and Nyamira county athletes, he also called for the vetting of all managers working with Kenyan athletes in order to weed out the rogue ones.

“We have received a lot of complaints from athletes against some managers. Those found responsible should be deregistered,” he said.