If we don’t invest in it, let’s expect nothing from it.

• Football in Kenya is stuck in that rut about who will be the FKF president, who will lead what club and who will play for the national team, Harambee Stars.

• Effectively, we are unable to move from the politics of football to the real meat of the game. 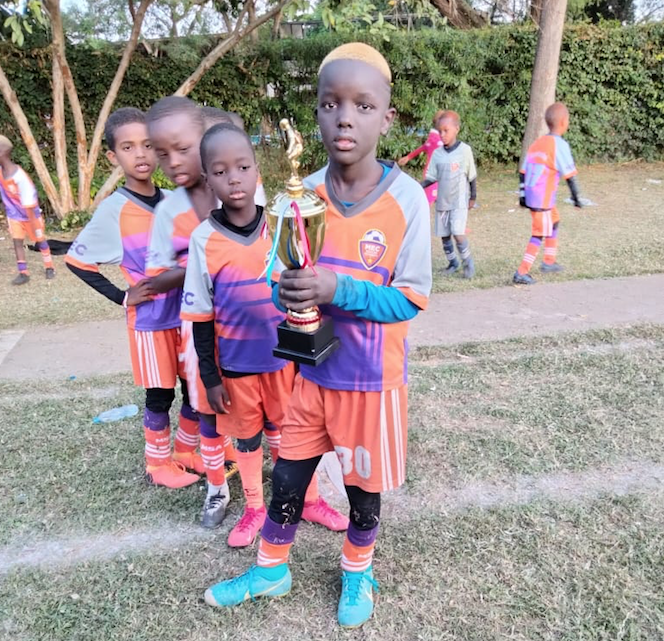 As the World Cup tournament reached its peak in mid-December 2022, many Kenyans had to take an obligatory break to cross into Tanzania for the annual Chipkizi youth tournament, to watch their children play.

Hosted in three venues in Arusha, Tanzania, this is the largest regional tournament of its type, for children between seven and 20 years of age. Over the years, it has become a festival of sorts, made more appealing by the prospects of European football scouts making an appearance, and parents eagerly hoping their children can hit the big money leagues in Europe through this.

For the duration of this tournament — December 13-18, 2022 — the Namanga One Stop border post could as well have been a packed stadium in Qatar, as massive queues of Kenyans entering Tanzania for the showpiece built.

And therein lay my first observation: The Chipkizi Cup may be a Tanzanian extravaganza, with organisers and officials all from our southern neighbors, but from a layman’s calculation, 80 per cent of the participants and fans are from Kenya.

This leaves the other 20 per cent to be shared among the other three countries that send representatives: Tanzania, Uganda and Cameroun. Without appearing to rain on the Tanzanian parade, the long-term sustainability of the tournament hinges largely on the continued huge participation of Kenyan schools and soccer academies, making it risky should the Kenyans decide to hold their own at home.

In real economic terms, the logistical nightmares and expenditure flow of moving 80 per cent of a programme’s core from one country to another can easily be remedied by having the smaller percentage make the reverse journey instead.

Be that as it may, you have to admire the Tanzanians for brilliant organisation. It helps that they are generally honest and modest people, so they are able to run a function where you neither have pickpockets snatching phones nor an unnecessary overflow of alcohol in a children’s tournament.

A noteworthy thing from last December’s version of Chipkizi Cup was that there were many more soccer academies than schools gracing the showpiece. Among the notable ones from Kenya were Ligi Ndogo, Ali Abondo Football Academy (run by former Gor Mahia midfielder Victor Ali Abondo), Express Football Academy and Fusion FC.

Apart from a handful such as Kiota School, Kitengela International School, All Saints School and Moi Educational Center, schools were mostly a no-show. But of the ones present, only Moi Educational Centre presented all age groups from the Under-7 to the Under-15 categories, including a girls’ team.

Even as I acknowledge the critical role played by football academies in the development of the game, I am a believer that the school environment offers by far the best avenue to grow not only the player but to nurture a complete human being.

Therefore, I was a little disappointed to see so few schools. On this score, I have to commend Moi Educational Centre for a masterpiece of logistical coordination, operational efficiency and a planning prowess, which delivered not just the largest contingent to the games but had at least 12 teams from the school participating.

A visit to their camp bore testimony to just how a well-oiled machine should function, with hundreds of children, tens of coaches, teachers and support staff, all combining to run a flawless operation.

To make it more challenging, the school had teams playing at three different venues in Arusha, presenting a challenging planning task that only the best could pull off.

I was more impressed because premier academic giants such as Moi Educational Centre are not often associated with a high sports pedigree, yet in creating talent from such a young age and presenting such a large number at a regional competition, the school is beating the trail for the usual suspects among school soccer giants, who were in fact all absent.

In repaying this faith, the children gave their parents and teachers a spectacular show of talent and courage, testimony to the fact that the future is indeed bright. There are lessons from the Arusha tourney for the new Sports Cabinet Secretary Ababu Namwamba. One is that if our neighbours can do it, so can we. Indeed, if the majority of participants at the Chipkizi Cup are Kenyans, and if we can remove the limitations imposed by travel costs by holding our version at home, then many more Kenyan children will have a chance to showcase their talent.

The second is that football will never grow in this land until we start from the grassroots and the younger demographics. It was laughable seeing CS Ababu in a meeting with former Harambee Stars captain Victor Wanyama, in which he requested the star to come out of retirement.

With utmost respect to the immaculate career Wanyama has had, I would easily tell Ababu what someone once told me: That the future begins at the maternity ward, not in the museum.

You cannot premise the future on nostalgia. It is not for absence of talent that the country lags behind in sports development. It is a lack of commitment and investment in the sport. Which forms my third lesson; if we don’t invest in it, let’s expect nothing from it. 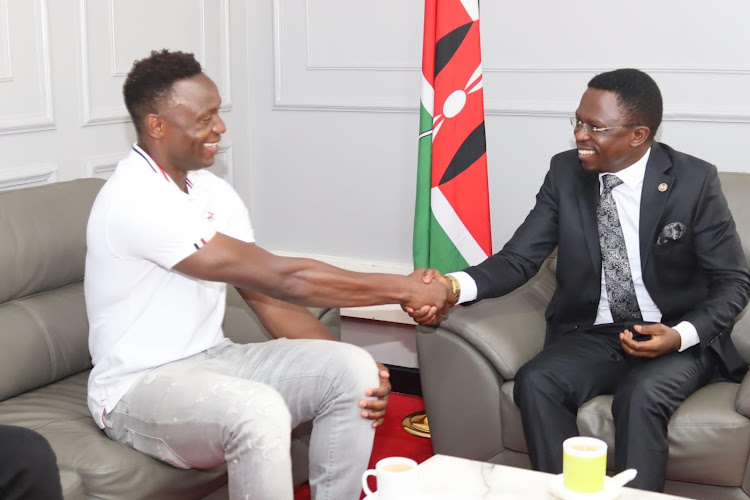 Football in Kenya is stuck in that rut about who will be the FKF president, who will lead what club and who will play for the national team, Harambee Stars. Effectively, we are unable to move from the politics of football to the real meat of the game.

I doubt that the CS should concern himself with whether the cantankerous Nick Mwendwa should be the boss at Kandanda House or someone else. There is bigger fish to fry. All those children kicking the ball in Arusha deserve a better future for their talent than the drama we have domesticated here. The CS has his work cut out for him.

As a side note, the Chipkizi Cup ended on the same evening that the final of the World Cup was to be played, so participants retreated to their hotels to catch the action from Qatar on television.

Quite noticeably, nearly all the children cheered Messi and Argentina, while almost all the adults present rooted for what they considered the only “African” team left at the tournament, France.

It was easy to explain the gap simply as the innocence of children in picking a side based on easy parameters, and the prejudices that inform adult choices. I am imagining what the game, and life, would be if all the politics was removed, leaving only the fullness brought about by the innocence and purity of mind of the children.

The game is supposed to unite us, rather than divide us. It works for the children, it should for the adults too.

I am about to ask CS Ababu to help with that too, but I’m not sure he can.

Finally sigh of relief amid hope in football circles

A joint Fifa/Caf delegation is visiting the country to meet with government officials and key football stakeholders.
Sports
3 weeks ago

Namwamba made it clear that the government is not interested in running the game directly, but rather in creating an enabling environment.
Sports
3 weeks ago

Light at the end of tunnel for Kenyan football

A series of bold steps taken in recent weeks confirm the country's commitment towards this ambitious goal.
Sports
1 month ago
Post a comment
WATCH: The latest videos from the Star
by COLLINS AJUOK
Siasa
15 January 2023 - 12:46
Read The E-Paper