Mineral reserves have been a source of instability in the DRC.

• With more than two million square kilometres, DRC is the largest country in sub-Saharan Africa and is endowed with exceptional natural resources.

• Unfortunately, DRC population has not benefited their country’s vast wealth. 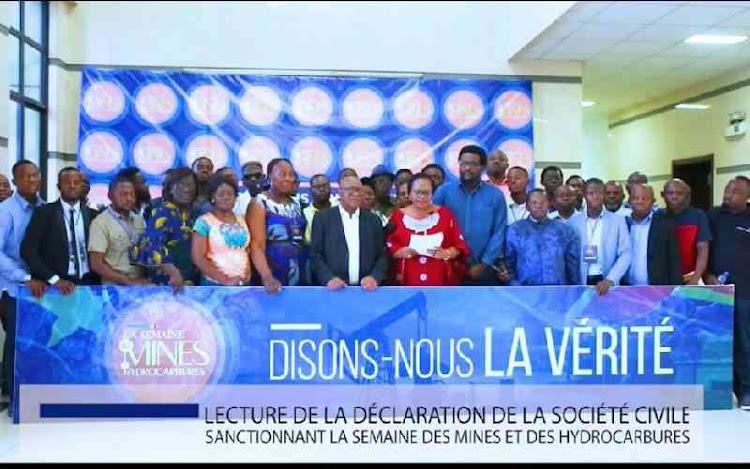 Forty NGO’s are stepping up the fight against the plundering of DRC’s vast mineral deposits, explicitly targeting China and Russia as threats to Congo’s people interest.

The NGOs are under the civil society action group for the protection, monitoring and citizen control of natural resources in the Democratic republic of Congo.

In a letter addressed to Secretary of State Antony Blinken and Treasury Secretary Janet Yellen, the coalition appealed for tough support from the US to counter what they consider the takeover of the country’s vast mineral resources deposits by China and Russia, both labelled “evil actors” in the letter seen by Bird Story Agency.

The letter is dated December 16, 2022, only two weeks after the coalition convened a mineral resources and hydrocarbons week in Kinshasa —November 9-December 2 — and only two days day after President Felix Tshisekedi met with his US counterpart Joe Biden at the White House alongside other African leaders.

Mineral reserves have been a source of instability in the DRC.

With more than two million square kilometres, DRC is the largest country in sub-Saharan Africa and is endowed with exceptional natural resources — vast deposits of most of the most sought after minerals including gold, copper, cobalt, diamond, etc.

DRC also has significant arable land, immense biodiversity, and the world’s second-largest rainforest. Large portion of Congo’s mineral resources deposit is located in the Eastern part of the country.

Unfortunately, DRC population has not benefited their country’s vast wealth. Moreover, that wealth has long sourced instability in the central African nation, with dire humanitarian consequences. According to the World Bank, DRC is among the five poorest nations in the world. In 2021, nearly 64 per cent of Congolese, just under 60 million people, lived on less than $2.15 a day

The quest for illegal exploitation of DRC vast mineral wealth by neighbouring countries and “crooked” companies is the origin of the instability that’s been affecting the DRC during the last 20 years, stated the 40-NGO coalition in their letter.

Starting May 2023, DRC is facing a sustained and challenging military offensive ignited by the M23 rebel group in its eastern region. This is the most serious attack by the group, which in a previous attack, back in 2012-2013 had been able to conquer vast swathes of eastern DRC land, including the vast city of Goma in eastern DRC which was captured in 2012 and occupied for 10 days.

The moved sparked international efforts for a ceasefire, and after talks brokered by the Southern African Development Community, M23 agreed to put an end to rebellion in 2013. M23 is most active in North Kivu province, in territories close to the border of Rwanda. The city of Goma is the capital town of North Kivu.

DRC neighbouring country Rwanda is accused to be the main backer of the M23 armed group. In August 2022, United Nations experts stated in a report that there was solid evidence indicating Rwanda’s support to the M23. Such allegations have been rejected by Kigali but on December 2, 2022, Germany and France openly accused Rwanda to support the militia in eastern DRC.

The civil society coalition expressed their satisfaction with some recent moves taken by the US administration and which they hope could help disrupting the spiral of DRC vast resource plundering.

Blinken has made public statements condemning Rwanda’s role in the destabilisation of DRC, a move that was praised by the coalition in their letter.

In March 2022, the US administration also placed Belgian businessman Alan Goets and his company African Gold Refinery based in Uganda under a regime of sanctions for being involved in illegal gold exports from the DRC and financing numerous armed groups in the eastern DRC.

The illicit movement of gold, valued at hundreds of millions of dollars per year from the DRC “provides revenue to armed groups that threaten the peace, security, and stability of the DRC”, stated the press release that was put out by the US Treasury on March 17, 2022.

US intervention through sanctions in matters related to mineral resources exploitation in DRC is not new, and it’s neither the first time the coalition of civil society organisation is seeking US assistance.

In 2017, US Treasury sanctioned Dan Gertler, an Israeli billionaire businessman in natural resources.

“Gertler is an international businessman and billionaire who has amassed his fortune through hundreds of millions of dollars’ worth of opaque and corrupt mining and oil deals in the Democratic Republic of the Congo (DRC).

“Gertler has used his close friendship with [former] DRC President Joseph Kabila to act as a middleman for mining asset sales in the DRC, requiring some multinational companies to go through Gertler to do business with the Congolese state. Gertler and his company Fleurette Properties have used offshore companies to facilitate such deals,” it said.

According to the US Treasury, Gertler’s action have led to substantial loss for the DRC economy

“As a result, between 2010 and 2012 alone, the DRC reportedly lost over $1.36 billion in revenues from the underpricing of mining assets that were sold to offshore companies linked to Gertler” stressed the US Treasury press release.

The coalition claims it played a significant role in the imposition of sanctions on the businessman.

The US doubled the move in December 2021 by adding one Alain Mukonda and 12 entities linked or associated to the latter in DRC and Gibraltar “for providing support to sanctioned billionaire Dan Gertler”.

The coalition claims to have initiated the call for imposing sanctions against Dan Gertler.

Their action builds upon the idea that only democracy and good resource governance will benefit to the people and help solving endemic instability.

“Democracy and sustainable development go hand in hand, with political and civil rights – and better governance through oversight and the accountability they entail – are not only valuable in their own right but contribute significantly to development, and more generally to the prevention of famine and social and economic disasters”, it said in the letter.

According to the letter signatories, US sanctions helped pave the way to the removal of President Kabila after his 18-year rule. They also facilitated Kabila’s successor Tshisekedi and ruling DRC president to sign an agreement with Dan Gertler for the restitution of $ 2 billion value assets and to obligate him to pay $249 million in cash to the DRC, 70 per cent of the future royalties.

These assets that the DRC has recovered since the contract was signed can only be developed if the US sanctions on Gertler, Ventora and their group of companies are lifted

The NGOs claim the sanctions have worked and allowed these assets to be recovered. They thus say it is time to allow the DRC to use them for the development of the country and the interests of the Congolese people, and for this purpose those sanctions must now be lifted.

According to the coalition, their lobbying intervention and sanctions from the US administration have led a number of Western investors to leave the DRC, leaving a void that China and Russia didn’t waste time to fill, thus undermining the effect of sanctions.

“China now controls 70% of mining in the DRC, and its growing influence culminated in the official signing of a memorandum of understanding with the DRC as a strategic partner of the “Belt and Road” initiative.”

As for Russia, “Putin and his oligarchs” are said to “have similarly expanded exploitation of the DRC and its critical resources, and is are advancing other strategic partnership that could undermine Western sanctions and support for Ukraine – such as joining Russian analogue of the Swift international interbank system – while extending cooperation in a range of critical sectors,” they said.

Among the NGO coalition, there is a consensus that China and Russia represent serious threats to the interest of the Congolese people. Both countries are accused of exporting their repression and authoritarism, and increasingly undermining human rights protection, labor reforms, environmental conservation and sustainable development in the DRC.

The Central African Republic is mentioned as an example of the most negative impact of Russia and China actions.

“One need only look next door to the Central African Republic to see this phenomenon brought to its natural conclusion, where Putin’s Russia is responsible for the massacre of civilians and the destabilisation of a war-torn country, all backed by a formal military cooperation agreement and massive mining. “

According to the letter, such a scenario would duplicate in the DRC, should the US fail to act swiftly. The 40 signatories demand greater cooperation with US in various fields, including academic institutions, labour federations, chambers of commerce.

Building on the planks of China-DRC relations

While DRC has the greatest promise in Africa, its potential has been stifled by occasional political crises.
Opinion
2 months ago

Rwanda’s involvement in the DRC dates back to 1996.
Siasa
2 months ago

Is there a paradigm shift in US-Africa relations? Why the answer seems to be yes

Previous US strategies began from the premise that Africa was not a strategic actor in the broad scheme of American foreign policy.
Siasa
5 months ago

Accord between Kinshasa and Kigali is crucial to East African stability

Kenya, in particular, has shown great interest in tapping into the 87 million-strong market of the DRC
News
6 months ago

How deployment of EAC troops to DRC creates more tension

The dominance of the Tutsi ethnic group in the M23 demonstrates the soft spot of the Kigali administration
Siasa
6 months ago
Post a comment
WATCH: The latest videos from the Star
by PATRICK NELLE FOR BIRD
Siasa
01 January 2023 - 15:05
Read The E-Paper