RAMTU: No dignity, freedom and justice for all in Kenya

Since 2007, the Missing Voices Coalition has systematically verified and documented cases of enforced disappearances and police killings. 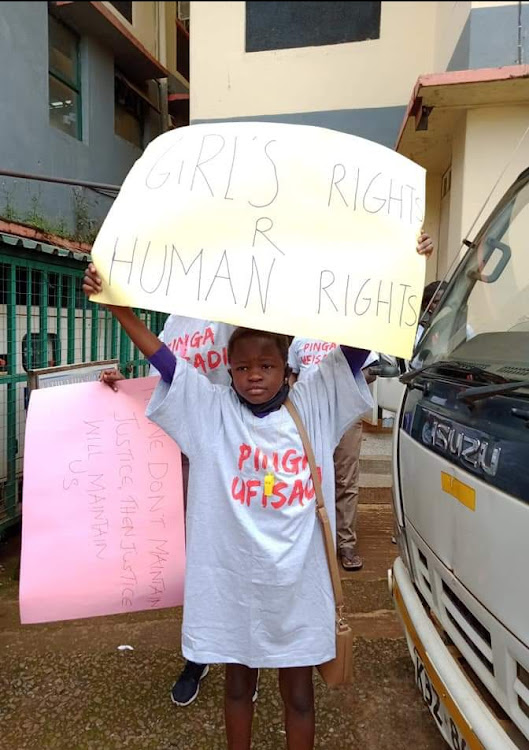 This year’s theme is “Dignity, Freedom and Justice for All”.

This day is marked annually to celebrate the moment United Nations General Assembly, in 1948, adopted the Universal Declaration of Human Rights.

The UDHR, even though not binding to states, assumed a life and authority that set the foundation for a universal culture bestowed upon states to respect human rights.

The preamble of the UDHR espouses the spirit of this year’s theme. It recognizes that inherent dignity, equal and inalienable rights of all people are the foundation of freedom, justice and peace in the world.

Dignity, freedom and justice are not a reality for all Kenyans yet. Some Kenyans from urban informal settlements and Muslim communities are profiled because of the fight against crime and counter-terrorism operations, respectively. This exposes them to persistent human rights violations.

Kenya still has English statutes enshrined in laws 59 years after independence, which were not repealed, even with the promulgation of the 2010 Constitution. The petty offences law indiscriminately affects informal settlements residents, making them susceptible to police violence. Muslim communities have been criminalized, and some individuals are forcibly disappeared as a result of counterterrorism policies adopted post 9-11.

Since 2007, the Missing Voices Coalition has systematically verified and documented cases of enforced disappearances and police killings. The perpetrators of these abuses have been members of special crime-fighting units or the rapid response team for counter-terrorism. Some victims and affected families, with support from Missing Voices organizations, sued to seek redress for rights violations that included torture, extrajudicial killings and enforced disappearances. However, cases take too long to reach a logical conclusion due to myriad challenges, like a lack of effective witness protection mechanisms.

The recent ban on the Special Service Unit and the disclosure, through a leaked memo of a constitution of another specialized unit within the National Police Service, evoked mixed reactions from the public. Further, the ensuing debates surrounding the prosecution of Rashid Ahmed, one of the many cops accused of extrajudicial killings, bring to the fore the dilemma that Kenya has to contend with.

The Kenyan government has to contend with public expectation of transparency and accountability while preserving security. In the need to ensure security and protection of human rights for all, tradeoffs are inherent. This makes adherence to ethical standards and the role of oversight critical.   Legality, proportionality, necessity, value judgement and a disciplined culture within security agencies influence ethics. Agencies should make daily judgements on what is proportionate and necessary in protecting security while adhering to the highest ethical behavior. They ought to observe the precautionary principle to prevent human rights abuses.

Partnerships of trust between communities and security agencies are key in identifying and preventing criminality and terror threats before they occur. Importantly, the current regime needs to expedite the promises of inclusive development and address historical injustices to reduce susceptibility to criminality and violent extremism. The promise to investigate all police officers involved in executions and enforced disappearances to prosecute them should be prioritized for the closure of affected kin.

Additionally, colonial laws that do not align with the 2010 Constitution ought to be repealed.

Otherwise, post-colonial Kenya as a democracy still is far from realizing dignity, freedom and justice for all.

Marie Ramtu is a member of the Missing Voices Coalition, whose interest is in security and rights.

Upcoming journalists are giving those in mainstream media a run for their money.
News
2 months ago

The ILO is seeking a role carrying out “due diligence” on future candidate countries, Houngbo said in an interview.
Sports
2 months ago

Some 1,746 cases of election-related violence were reported across the 47 counties
Siasa
1 month ago
Post a comment
WATCH: The latest videos from the Star
by MARIE RAMTU
Siasa
22 December 2022 - 12:00
Read The E-Paper