The 2016 tax regime has impeded access to clean, safe and affordable water to the majority poor

• Around 3.1 per cent of deaths in the world are due to unhygienic and poor quality of water. WHO estimates that 80 per cent of the diseases worldwide are waterborne.

• Clean and safe water should, therefore, be the national's focus to eliminate these diseases. 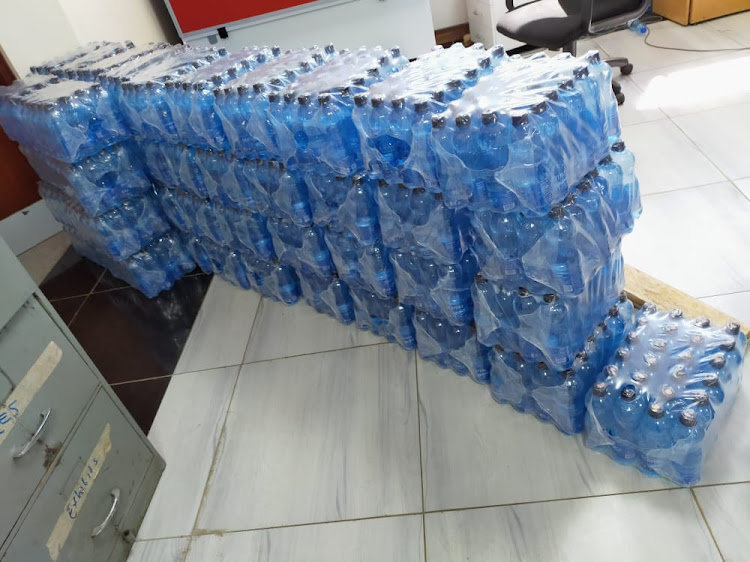 Water is life and clean, safe and affordable water is a dignity that should be enjoyed and protected by all.

This dignity is enshrined in Article 43 (d) of the Constitution and SDG 6.

Kenya, with an estimated population of 54 million people, has a daily drinking water consumption need of a minimum of 54 million litres per day, assuming each takes the recommended one litre per day.

How is this need met? One may ask.

In the past, Kenyans would consume untreated water directly from rivers, surface water, natural springs, shallow wells and boreholes as water sources has not been contaminated from urban pollution and pilferage of chemicals from agricultural practice, among other pollutants. As we speak, most of our water sources have been contaminated and unless the water is treated, it cannot pass the minimum quality standard set by WHO for human consumption. It is the same foundation upon which Kenya Bureau of Standards certifies companies that bottle and package drinking water.

Water can also be a life-taking lethal fluid. Around 3.1 per cent of deaths in the world are due to unhygienic and poor quality of water. WHO estimates that 80 per cent of the diseases worldwide are waterborne.

Clean and safe water should, therefore, be the nation's focus to eliminate these diseases. Good thing with dealing with the root cause of our health troubles is that it will free Kenyans from the agony of getting preventable diseases and reduce our mortality rate. Furthermore, it will save the country money spent on medicine.

The new administration has given us hope and from the commitments on water access and safety through the proposed water policy framework. I believe it will be comprehensive enough to sort out the challenges in water once and for all.

Talking of challenges in policies, we cannot fail to mention the sad 2016 taxation regime, which classified bottled water together with notable luxurious items such as alcohol and cigarette under Excise Duty or Sin tax schedule initially at a rate of Sh5 per liter to the current Sh6.41 per liter.

The new rates have continually increased due to inflation adjustment requirement for commissioner to do the adjustments.

This tax on water was initially meant for mineral and aerated water but in 2019, it was adjusted to bottled and similarly packaged water. This adjustment meant to specifically affect all water that is bottled, packaged and labelled and traceable to a supermarket shelf. Unfortunately, interpretation of this specific tax has been extended to mean all purified drinking water, which is not what Parliament intended.

Parliament, through the Public Investments Committee report on EGMS Inquiry recommended not touching pure water under this taxation. However, water ATMs and vending shops have been seized and closed for the good mistake of selling clean water to those who cannot afford bottled water.

The open market price of water from an ATM ranges between Sh60 – Sh200 for a 20L jerrican and is suitable for drinking and cooking as opposed to Sh575- Sh650 for similar amount that is bottled and packaged.

This challenge impeded access to clean, safe and affordable water to the majority poor, who are discriminated against their ability to buy or afford treated water.

Majority of borehole water supplies are known to be salty with high levels of minerals, including fluoride, which has potential long-term effects on the health of users.  This water must be treated before it is sold in bulk in areas such as Pipeline, Utawala, Kitengela and Rongai to people who depend on the same for cooking.

At this age and time, we shouldn’t allow any Kenyan to drink untreated water, the kind that even makes the teeth to rust. We cannot condemn our people, especially children, to the shame of having rusty looking teeth, which could be or can be avoided.

The fact that it is the single-use plastic that is an environmental nuisance, if not well managed, we should tax plastic either at the point of entry or push the tax to be collected upfront at the bottle manufacturer. In fact, this would be the best and easiest model in terms of tax administration. There being less than 30 bottle manufacturers as opposed to 2,000 plus water bottlers, we will have won in terms of managing illicit and reducing the plastic foot print.

Apart from killing the bottled water industry, the stamps which were meant to weed out the illicit has given them an upper hand. They control 60-70 per cent of the market. Unfortunately, an average consumer cannot tell the difference and the need for the stamps. They think it is just for cosmetic purposes to crown the cap of the bottle.

The industry needs very serious reviews and if the policymakers would involve all players in the industry, we would get somewhere. Not only in terms of collection and expansion of the tax base but also the growth of SMES and large corporations.

There are about 5,000 ATMs in the country employing three people each. The sector has the potential to scale to100,000 ATMs, which would create 300,000 direct jobs and support a significant no of people.

Through the WASH-FIN [Water, Sanitation, and Hygiene Finance], a lot of money, in excess of $10 billion, is available for borrowing to invest in water and sanitation but the industry is afraid to take it up due to investment unfriendly policies currently ruling the water sector.

The market is huge enough to accommodate everyone. There is not one entity that can manage to produce and distribute 54 million litres per day.

Criminals do not pay taxes. By driving more business towards them, tax increases backfire and result in reduced revenue for the Treasury.
Opinion
3 months ago

Asks government to halt the implementation.
Business
4 months ago

KRA is set to rollout new excise based on inflation rate.
Business
4 months ago

Most hit towns are Nairobi, Mombasa and Nakuru.
Business
8 months ago
Post a comment
WATCH: The latest videos from the Star
by HENRY KABOGO
Siasa
05 December 2022 - 16:41
Read The E-Paper