• Although the existing 47 counties have largely been accepted, their impracticality and ethnicity have been obfuscated by excitement over devolution.

• Agitation for counties being condemned as tribal should not be a reason to deny the Abakuria, the Akamba, the Iteso, the Pokot and the Sabaot their own counties. 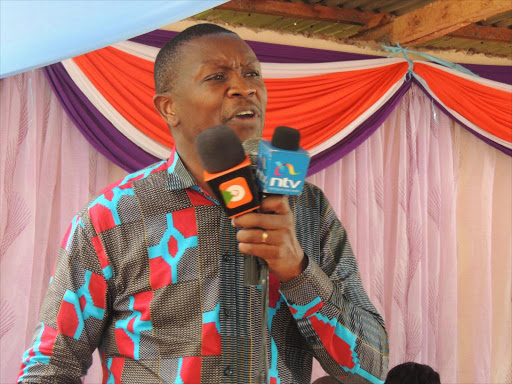 Maisori’s Bill is not an official UDA bill but is a follow-up to a promise President William Ruto made to a delegation of Abakuria that visited him at his Trans Mara home earlier in the year. Ruto reportedly declared support for a Kuria county, hived from Migori. Instructively, President Uhuru Kenyatta had also pledged support on a campaign tour of Kuria East in 2017 in the company of Ruto, then as deputy president.

Maisori’s move has caused excited chatter, with some critics claiming it wll increase the burden on the taxpayer. Others have labeled it tribal, while others have dismissed it as unnecessary because the current counties provide opportunities for representation and growth for all.

However, no critic has explained how affected marginalised, oppressed and discriminated minorities can rise to leadership in a country as tribal as Kenya, in which voting is ethnic, “strongholds” are tribal and positions are shared on ethnic demographic weight.

Presently, there are too many hypocritical deniers; people who believe that although Kenya is a declared non-tribal state, no one should speak in tribal terms yet ethnicity defines our identity, culture and history. The deniers mobilise their tribesmen and women to vote for one of their own, to protect tribally-earned positions and demand a share of government because they come from certain weighty ethnic demographics.

Although the existing 47 counties have largely been accepted, their impracticality and ethnicity have been obfuscated by excitement over devolution. This has enabled governors to freely loot their counties because, as we realised in Migori, the dominant ethnic majority is not ready to cede power to a minority. The result has been that there has been markedly lower development in counties in which the threat of losing power to a competing ethnicity exists.

Second, the people were not heard during the creation of the current counties and their boundaries in 2010. The decision to create these counties was arbitrary – when the drafters of the Constitution got stuck on how to create and demarcate the new counties, a delegate suggested they use districts gazetted in 1992 as counties. Kenya’s districts were tribal, which made the resulting counties tribal. There was no public discourse on the boundaries, rationale or viability.

Agitation for counties being condemned as tribal should, therefore, not be a reason to deny the Abakuria, the Akamba, the Iteso, the Pokot and the Sabaot their own counties. If these new counties were created, they would join the existing counties, all of which, with the exception of Nairobi, are tribal. Kisii is tribal and so named, Meru is tribal and so named, etc.

The supreme law does not create mechanisms for negotiation or power sharing in the country. In counties where one ethnic group is dominant such as Migori, there’s a sense of entitlement from the dominant group, who believe the position of governor is their right. This results in “tokenism”, which occurs when a member of a dominant ethnic group takes actions that appear to be affirmative or inclusive but which actions are intended to meet constitutional obligations or to silence dissent and have no impact in power-sharing.

In Migori, the Abakuria have been appointed to fringe departments as county executives and out of 21 chief officers, only three are Kuria, while the other 18 are Luo.

Maisori’s demand, which I can report is supported by all Abakuria, is one that arises from frustration, historical discrimination and officially sanctioned injustices against the minorities. It is a quest for justice and cost cannot be a limitation.

Those citing cost as a factor must provide justification for the retention of small, low-population “special” constituencies for majority ethnicities. Similarly, there can be “special counties” that protect the interests of threatened and oppressed minorities created as affirmative action.

We cannot deny that there are 14 Kalenjin and 13 GEMA principal secretaries with no Umukuria as a Cabinet secretary or any with hope of becoming one. Umukuria cannot hope to become Migori governor because the Luo, including college professors, MPs, Senators, and clergy, vote for their tribesmen irrespective of the Kuria candidate’s manifesto or suitability.

The clamour for a county by the people of Kuria, who number around 400,000, is historical and part of a process that started in the 1960s soon after independence when they demanded, and got, their own constituency.

The truth is for minorities to access justice, they must speak out and Maisori’s effort is timely. Unless one has been in a minority in Kenya’s highly tribalised political and social environment, one may not appreciate that minorities have to live with ethnic control and dominance that is justified simply by numbers. That because one is from a numerically superior ethnic group, then they too are superior to those that are not from their ethnicity.

Such superiority is not of intellect, wealth or ideology, it is superiority by membership, by numbers: Because we are more, we’re superior and you’re inferior and a lesser being because you’re fewer.

The only recourse is to create new counties to enable equal access to development, political opportunities and justice.

The writer is a former chief executive for Education, Youth and Culture; and Trade Tourism and Cooperatives in Migori

Professionals, elders in Garissa push for creation of Ijara county

They say Ijara has for a long time been marginalised, thus denying it development.
News
2 months ago

MP Kitayama: Why I want Kuria hived off Migori

Miruka wants IEBC to delimit the boundaries of Gucha from the existing Kisii.
News
2 months ago

Elders back creation of extra counties

“Our people have been marginalized since independence."
Counties
2 months ago

The move rekindles past efforts that either flopped or were thwarted by courts
News
2 months ago
Post a comment
WATCH: The latest videos from the Star
by MANENO MWIKWABE
Siasa
27 November 2022 - 11:01
Read The E-Paper