BWIRE: A working transport system should be a must for counties

With our matatus, we mostly have to put up with what we find ourselves into

• No matter how long or short one’s commute is, it should be worth their time and money.

• Most matatus are nowadays well managed through the sacco system. There is some level of order, and major towns have created designated bus stops. 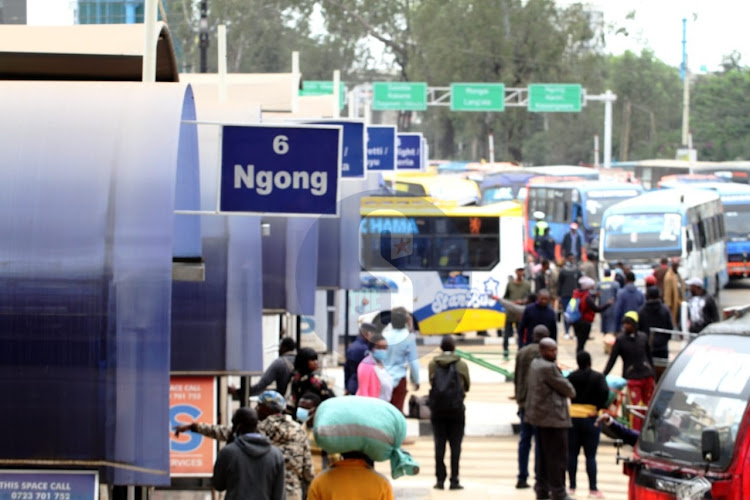 When you travel abroad, besides packing essentials, changing currency, searching up on where to explore or do business, or some affordable shopping, one of the other questions that comes to mind is how you will commute.

This is especially, if your stay there is long, or if you are migrating for a rather permanent stay.

On a recent trip, my colleagues and I boarded the train from Copenhagen, Denmark, through the iconic Oresund, a combined railway and motorway underwater bridge in the Baltic sea, to a city in Southern Sweden called Vaxjo, when the unexpected happened.

Being one of their most efficient means of transport, the passengers using the train are many. Being countries very conscious on the needs of their people, the cabins on the train reflect the same.

There is a first-class cabin, which speaks for itself, ordinary cabins, cabins for expectant mothers, parents with babies on the stroller, people with bikes, scooters, huge suitcases like ours, and even people with dogs!

We never saw all these. We just jumped in, Nairobi style. Little did we know that we had jumped into the silent cabin. But how were we to know?

A lot of nonverbal communication signs were all over, and since we were the noisemakers in the house, a concerned empathetic passenger, after noticing all the discomfort from the other passengers, politely directed us to the ordinary cabins where we could freely talk away till our destination.

This rather foreign, unusual, uncomfortable cross-cultural difference led me to think, maybe, just maybe, they might be trying to accommodate the sick, stressed, or people just coming from work after a long tiresome day? Or maybe for those that might want to reflect over an issue or meditate till their destination on these special cabins?

An emoji-like sign is on the outside and the inside of the train. The other cabins also have various signs to signal a passenger to their preferred side. Then you can comfortably be ferried to your destination, depending on the kind of comfort you want or you have paid for.

Our most common mode of transport, the matatu, small minibus, culture has it that we mostly have to put up with what we find ourselves into. If the last matatu on the stage has deafening, ear splitting music, the old, the young, the sick and expectant women have to all learn how to put up. Woe unto you if you don’t like music, like me, and you have to be in traffic for two to three hours.

In fact, I watched a recent documentary on one of the international TV stations on our matatus, where the host called them ‘a party on the move’.

On the positive side, these, graffiti-painted matatus reflect our vibrant Nairobi culture, only that, together with our train system, in terms of comfort, they need to be designed to accommodate people with different needs.

Most matatus are nowadays well managed through the sacco system. There is some level of order, and major towns have created designated bus stops.

The train system has also improved compared to a few years back. We mostly have first class and economy class on the SGR train, but what if we added other specialised cabins? We can also have matatus for various functions.

Besides first class and economy class, we can have those that accommodate mama mbogas and other merchants, travellers with heavy suitcases, the sick, the disabled, parents with different needs and even people with bicycles.

Nairobi county is making some changes that will see some long-distance matatus move to the improved Green Park terminus. That could be a good place to start from.

No matter how long or short one’s commute is, it should be worth their time and money. There is no better way our counties and the national government can improve the lives of Kenyan s than by ensuring common services such as transportation are tailor-made to fit flawlessly into the needs of everybody.

Vera is a part time lecturer and a communications researcher