MWAURA: Kenya can lead from the front in climate adaptation

it’s important to question the amount of emissions we are contributing to the atmosphere. 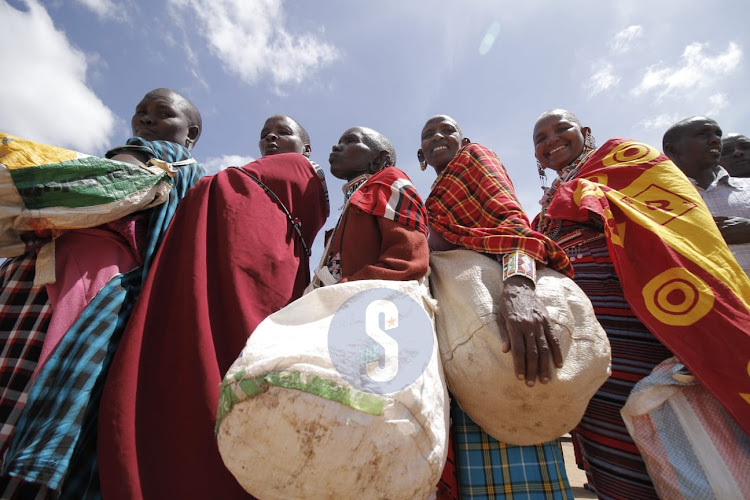 A video of some two Maasai boys trying to help a giraffe to be on its feet recently went viral. Although many people didn’t understand what the boys were saying to the animal (as if it could understand the Maa language), this snapshot clearly defined the dire situation that is prevailing in our country.

There has been a prolonged drought for quite some time, and temperatures have been rising consistently. Many Kenyans will tell you that lately, it’s been very very hot both during the day and at night.

Many though may not understand that these rising temperatures coupled with inadequate rainfall as is currently being experienced, is as a result of us humans using fossil fuels to power our industries and daily lives.

Essentially, we are developing at a supersonic speed, but to the detriment of our climate, which affects our livelihoods. A balance therefore must be attained in order to ensure to ourselves and future generations, sustainable development and economic growth.

However, it’s important for all of us to question the amount of emissions we Kenyans and Africans are contributing to the atmosphere. Interestingly, its only three per cent, yet we are the most affected when it comes to the consequences.

One may ask why?

This is because in any given circumstances, any calamity disproportionately affects the most vulnerable due to the fact that they are least adapted to the changes, largely due to inadequate resources as well as lack of requisite expertise.

When one travels by air across the African continent at night, one can see that the continent is vastly dark, with lighting more prevalent in southern and northern African nations. This clearly demonstrates the fact that we are yet to fully take the potential to develop our vast resources for the benefit of our communities, and the creation of decent jobs for all.

As the continent is hosting the 27th conference of state parties to the United Nations Convention Framework on Climate Change that was put in place 30 years ago, the choice is clear. Do we develop or not, and if so, which direction should we follow?

Climate justice has becomes a rallying call for us all, if we are to protect our already endangered livelihoods. One would ask whether there is potential for growth, in terms of providing alternatives to the current situation.

Indeed there is since both pathways exist. Africa has vast resources that can be exploited to produce hydrocarbons such as oil, gas and coal.

This can clearly be demonstrated by economies such as Nigeria (the biggest) and Angola whose oil industries account for 90 per cent of their export earnings.

Kenya, for example, has recently discovered huge deposits of oil in the Turkana county and coal deposits in the Mui Basin of Kitui county. There are also vast amounts of oil and gas in the coastal sea area of Lamu. This clearly demonstrates that the country has a huge potential to produce huge quantities of ‘dirty’ energy to power industrial growth.

However, the country also has a huge potential in producing clean energy, to potentially become a global leader in this regard. We have a lot of sunshine, due to our location at the Equator, yet this isn’t contributing a lot to the national grid. Germany, for example gets two per cent of its electricity from solar, yet the country has very little sunshine.

Secondly, we have a huge potential to generate geothermal power of up to 10 gigawatts, to power our growth. We also have wind power that can be harnessed to produce more than 20GW for the country.

Currently, Kenya is producing 2,990MW as of 2021. There is however huge potential for more production in counties such as Kitui, which is the size of Rwanda or the whole of former Central province, yet this untapped potential is yet to be utilized.

Further, the Democratic Republic of Congo has recently joined the East African Community, with Kenya having sent troops to the country, for peace keeping purposes. Congo’s Inga Falls have the potential to produce 100,000 MW enough to power the whole of Africa!

On the other hand, Africa has untapped potential in increasing forest cover to act as a sponge in absorbing carbon emissions. This is to help reduce the depletion of the ozone layer.

President William Ruto has declared a very ambitious, highly progressive plan to increase our forest cover by 30 per cent, in 10 years, through planting of 15 billion trees. The initiative will cost about $50 billion.

For the initiative to succeed, the carbon credit market must be recalibrated to provide an avenue for countries to benefit towards the creation of new industries that will use clean energy as engines of growth.

In 2009, I got a lifetime opportunity of going to Germany and being amongst only 25 youth globally, who were appointed by Unesco as champions of Education for Sustainable Development. This was as a result of planting tress while I was in high school as the founder of the school’s environmental club. I was to later on serve as a member of the Environment committee in the National Assembly.

Climate change is a reality we cannot afford to ignore.

Women want county to mobilise and support them to participate not only in decision-making processes, but also in local solutions.
News
1 month ago

Climate change solutions revolve around involving women in its adaptations and mitigation.
Opinion
1 month ago

RUHWEZA: Why CoP27 is a pivotal moment for Africa

The continent is increasingly devastated by severe droughts, flooding, sea level rise, heatwaves and other extreme events
Opinion
1 month ago
Post a comment
WATCH: The latest videos from the Star
Siasa
10 November 2022 - 23:00
Read The E-Paper