• The UN estimates more than 90 per cent of the population of Tigray is in need of emergency food aid and about one million people are facing the threat of famine.

• Neighboring regions such as Amhara and Afar are also facing the consequences of the war, including four million people who have become aid dependent. 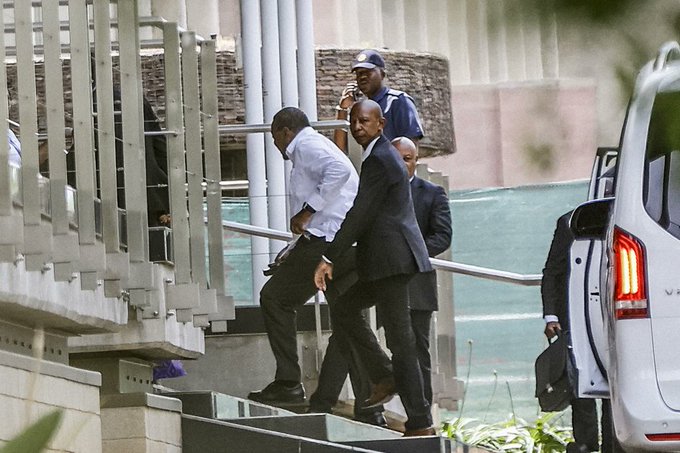 The raging conflict in northern Ethiopia’s Tigray region is marking its second anniversary and there seems to be little respite in the horizon.

There are millions of people displaced, thousands either injured or killed, while accusations of sexual violence have been rampant. There is massive damage to the region’s strategic infrastructures and the looting of public institutions is widespread.

There is fear the conflict could trigger instability across the already volatile and drought-prone Horn of Africa region.

Once the fastest growing economy in the region, the nation of almost 120 million people has been removed from the African Growth and Opportunity Act, a George W Bush era exclusive duty-free access privilege impacting foreign investment that once changed its narrative of an aid-dependent and hunger-stricken basket case.

Depleted forex reserves, a growing budget deficit and high inflation is becoming a recurring challenge in Ethiopia. Famine that once defined it in the 1980s with the threat of millions staring at starvation, and which the great Canadian journalist, Brian Stewart, once described the scene of the dead as like “the world after a nuclear holocaust” is feared could become the new normal.

This comes as an endless effort to end the war through negotiations by the African Union, supported by the Biden administration, the European Union and other bilateral partners is yet to bear fruits. Both sides continue to push competing narratives as to why the conflict is raging alongside dehumanisation of a section of the population.

The Tigray People’s Liberation Front, which dominated a coalition government for 27 years before Prime Minister Abiy Ahmed came to power in 2017 has engaged in a brutal conflict with the federal government since November of 2020.

The now designated terrorist entity through a decree of Parliament led Ethiopia with an iron fist and was also accused of gross human rights abuse, of implementing an ethnic federalism that the current administration blames for the near disintegration of the country and suspending of democracy in lieu of the refurbishment of an already weak economy.

To the Ethiopian government, the conflict became a fight against terrorism, commencing when its federal army base was attacked.

This is while TPLF accused the government of waging a war in the name of genocide against its people and being punished for its refusal to take part in a coalition federal government led by PM Abiy and for conducting a provincial election, which it claimed was won by it handedly.

Since the start of the war, the Ethiopian Human Rights Commission in partnership with a United Nations investigation found there was “reasonable grounds to believe that all parties to the conflict in Tigray have, to varying degrees, committed violations of international human rights, humanitarian and refugee law, some of which may amount to war crimes and crimes against humanity”.

The UN estimates that more than 90 per cent of the population of Tigray is in need of emergency food aid and about one million people are facing the threat of famine.

Neighboring regions such as Amhara and Afar are also facing the consequences of the war, including four million people who have become aid dependent.

In Amhara region, where much of the fighting has happened lately, there are accusations of rape, killings and destruction of critical infrastructure estimated to be in the upwards of $6 billion and growing. This is more than the export earnings of the nation, according to the Amhara Region’s Plan and Development Bureau.

A report by Amnesty International said in Amhara region, “survivors described being raped at gunpoint, robbed and subjected to physical and verbal abuse by TPLF fighters, who also destroyed and looted medical facilities”.

These are the basic facts of the Ethiopian conflict of the last two years, extreme accusations of some of the most horrendous crimes in all regions as alleged by all parties.

As the Ukrainian – Russian war shifts attention from the conflict in Ethiopia, one of the most dangerous wars in the world, the world needs to be aware of the importance of this great Horn of African nation to the African continent and it is Canadian leadership that may need to help turn the page.

Earlier last week, the African Union launched yet another round of peace talks in South Africa between the Ethiopian government and TPLF to end the conflict.

The invitation said, “The Peace talks between the two parties, is expected to deliberate on the guiding principles, agenda issues, modalities, format and timelines for negotiated settlement aimed at laying the foundation for a structured and sustained mediation”.

The world, aid partners and other stakeholders should support this mediation effort to be successful, if it does not want the destruction of Ethiopia and have it become the next Libya. This should be one that respects the sovereignty of Ethiopia.

Ethiopia and Ethiopians have suffered long in darkness as accusations and counter accusations have been thrown against each other, while since the start of the conflict, according to researchers, more than 500,000 people have perished.

In a continent with endless misfortune yet potential, there is no one nation and people that deserves the mechanism of peace than Ethiopia.

Samuel Getachew is a journalist based in Addis Ababa, Ethiopia

"Ethiopians should understand we can solve our own issues by ourselves."
News
3 weeks ago

Violence returned to the region in August, shattering a five-month truce.
News
1 month ago

Tigray war: Two years on, AU has failed to broker peace and silence the guns

The chairperson of the AU and his high representative have failed Africa and AU's norms, principles and institutions
Siasa
1 month ago

Eyes on Uhuru as he begins first peace assignment

President William Ruto said Uhuru had agreed to continue with acting as a peace envoy.
News
1 month ago

Moussa Faki Mahamat, said it was a unique opportunity to end the conflict.
News
2 months ago
Post a comment
WATCH: The latest videos from the Star
by SAMUEL GETACHEW
Siasa
02 November 2022 - 21:00
Read The E-Paper