Popular myths can be dangerous and questioning them patently treacherous

• Communication around the COPs and IPCC is slick and persuasive. 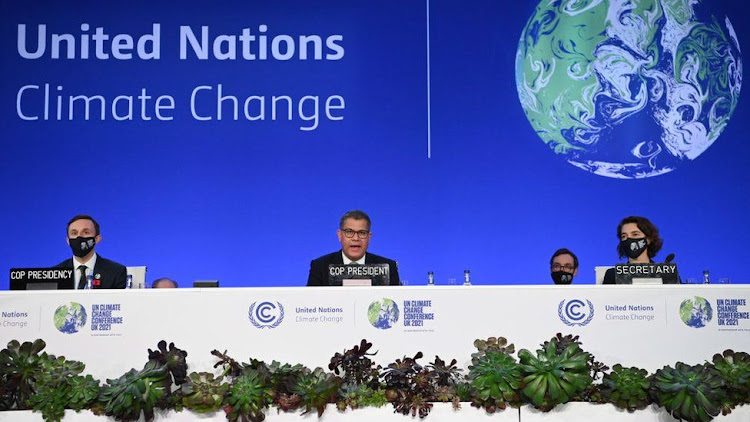 At COP26 in Glasgow, political leaders reaffirmed their commitment to keep warming under 1.5C

It will be in tune with uncountable climate change reports, speeches, policy papers and suchlike statements that have been made since 1988, when the Intergovernmental governmental Panel on Climate Change began its work.

The most recent work of IPCC was last year in Glasgow, Scotland, where world leaders made far-reaching resolutions at the Conference of the Parties (or COP26).

Not unexpectedly, Kenya was well represented in that event. This year, COP27 will be held from November 6 to 18 ,2022 in Sharm El Sheikh, Egypt. These are not farfetched events one watches on TV and goes away. The price of oil at the pump and the cost of new cars are are directly related to climate change policies.

Communication around the COPs and IPCC is slick and persuasive. The PowerPoints centre on anthropogenic climate change, with catchwords like “global warming” or “climate emergency” or “crisis”. Hunger, famine, floods, heatwaves and wild fires are cited as spectacular pointers. For sure, weather changes are evident everywhere, but must these phenomena all be attributed unquestioningly to “climate change”?

Spoken like divine oracles, such reports are difficult to refute or to question. An emerging field of “earth scientists” and “climate experts” speak with “commonsensical” authority on anthropogenic climate change. Previously, these natural phenomena were simply extreme weather changes, but today, they are all “climate change” or “global warming”.

Discussions on climate change, even among scholars, are mired in such controversy and emotion that they are cultic. Rational conversation or scrutiny of the overstated conclusions risks are laughed out of town.

Which is surprising, given that the narrative around global warming is presented as a “science”. The papal encyclical of 2015 titled “Laudato Si” blends religious and “scientific” pronouncements that call for desperate measures to curb climate change. The same language appears in UN papers and mainstream media. Against such a combined force, who can stand?

Climate studies that were initially confined to a small coterie of scholars have gone mainstream, even becoming a fad. Yet science, by its very definition, relies on the principle of falsification, an idea well-articulated by Karl Popper, an Austrian-British philosopher. Scientific ideas must be tested, scrutinized, retested, replicated, and even opposed before they can be accepted. Apparently, not so with climate “science”.

Not many scholars dare stand against the climate creed. Almost 90 years after Popper’s prognostications, scientific climate tyranny works better than the magic bullet. Questioning climate change ideas and policies lead to one being denigrated as a “climate denier”. There is almost no conversation about what else causes extreme weather changes, and much less, on what to do about it, if at all.

Some climate change policy statements have gone as far as banning fertilisers in hilly areas, and to reduce the number of cows or beef consumption worldwide. An angry farmer responded to an EU policy on fertilizers by fitting his cows with large diapers.

Such is the reach of mandarins whose life and death decisions work to the detriment of those on the ground. As a nation, Kenya’s policy papers reflect the idea that global warming has affected the country so much that “something must be done”. This something also takes the popular route of “reducing our carbon footprint” or “curbing greenhouse gas emissions”. Much funding is required.

Popular myths can be dangerous and questioning them patently treacherous. Yet it is often necessary to do so, especially when so much is at stake.

Until two years ago, the language of the COPs and IPCCs almost seemed flexible and scientific, but lately, it has become frantic. Much has been said about “net zero” setting deadlines around 2030. For sure, something needs to be done about pollution, greenhouse gases, the destruction of forests and all that, but will Kenya’s voice merely echo popular myth or will the country adopt what is most appropriate for this time?

A country does not have to parrot popular myths, however scientific they sound. While courting international funding and admiration, the popular line that exclusively attributes extreme weather to human activity and exculpates natural phenomena risks putting the country in unsustainable paths at the expense of Kenyans on the ground.

Okoth teaches Communication at the Technical University of Kenya.

Ruto to give debut address to the United Nations in US

This will be Ruto's first international address at the UN as the President.
News
4 months ago

He will also chair a meeting of the Conference of African Heads of State on Climate Crisis.
News
4 months ago

He is scheduled to give his debut address to the UN and hold bilateral talks with several Heads of State.
InPictures
4 months ago
Post a comment
WATCH: The latest videos from the Star
by DAN OKOTH
Siasa
21 September 2022 - 17:00
Read The E-Paper