MUGWANG’A: Like Henry V, Ruto the King may surpass expectations, surprise many

• All who know Ruto attest to his hard work, brilliance and focused determination to achieve his goals.

• He for sure has the tenets of a great leader in the making. 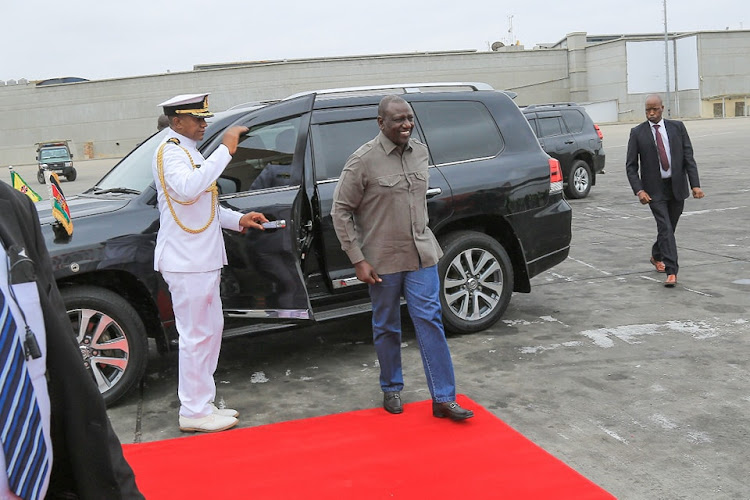 The doyen, William Ruto, is a man who has beaten many odds in his life to rise to the highest office in the land.

All who know him attest to his hard work, brilliance and focused determination to achieve his goals. He for sure has the tenets of a great leader in the making.

He is a man who has been in the limelight from 1992 and has had quite the checkered past: From accusations of being part of the infamous YK92 brigade to being a minister in the Moi government.

A minister who once famously scolded current Chief Justice Martha Koome to stop criticising the government but now he is the darling of the Judiciary promising billions to fund it and appointing the six judges President Uhuru had refused to. This switch is the Henry V switch, which I would like to expound on but first some context.

Ruto’s past doesn’t end there. He also was minister of Agriculture and was then accused in the infamous maize scandal, within which subsidy meant to stabilise unga prices as well as ensure enough supply were siphoned off into the ether. At the same time, he faced accusations of taking land from Andrew Muteshi, all the while facing charges at the ICC for alleged involvement in the 2008 post-election violence.

All these cases, and I am mentioning but a few, remind me of William Shakespeare’s play Henry V. No, I am not reminded of this because they are both fifth, though this is a coincidence worth noting, but rather because like Henry the fifth, Ruto the fifth may pleasantly surprise us.

Like Ruto, Prince Henry was a wild and rambunctious youth who was known to break the rules and have fun with his age mates. As a youth, many thought Henry would not amount to much as King. He was too wild, too unruly and had done too many wrong things.

The kingship of Henry V was expected to be as bad as his princely years. His flair for adventure and a reckless life would surely only be made worse with absolute power, they predicted. Even his enemies did not fear him in battle for they thought he just couldn’t bring himself to the stature of a king. How wrong they were!

For Henry went on to not only successfully rule England but also won significant battles against the French. Famously in the night before the last battle, Henry rode through his ranks listening to the despair that was in his men. Many who thought the vast French army would surely rout them. Instead of giving up hope Henry rallied his men and gave such an inspiring speech as well as inspiring leadership that the few British defeated the many French on French soil.

Perhaps it helps us to quote from Shakespeare’s own work:

It helps to understand that William too is a man like us having flaws and strengths as we all do. Also let us hope like King Henry in his battle with France, president Ruto will rise to slay the giants in our country.

But at the same time let us remember that William is better than Henry V in many respects. He is well educated, a hard worker, an early riser and a focused visionary. All these make him a much better leader than most. He simply has a better ethic and that makes him a man who can deliver.

As such we must accept that “All things are ready, if our mind be so.”

King Henry (act 4 scene 3). Dr William can achieve a lot and work to deliver us from Orwellian unequal societies. He has set the stage through his campaign to dignify every Kenyan and to bring respect to every form of work.

At the same time, he hinted in his speech that cartels should be destroyed under his leadership. We must all agree that is a tantalizingly good fate for the country. Cartels have been the bane of our existence for eons. Further, the nation itself is awaiting its salvation from the chains of the corrupt. His dedication to creating an independent police force and judiciary are good signs of a spirited fight against corruption.

It is with this in mind that I wager that Ruto is our Henry V, and just like Henry V, he may surprise us all: That as King, he does better than he did as prince and delivers this nation from enemies we have long prayed would be vanquished.

Already, Ruto has said he will announce new fertiliser prices next week.
News
4 months ago

Ruto was in the company of Chief of Defence Forces Robert Kibochi and ADC Lekolool.
News
4 months ago

Cheers as president-elect Ruto arrives at Kasarani for his inauguration

Heads of states have already arrived at the Kasarani Stadium to witness the inauguration of Ruto.
News
4 months ago
Post a comment
WATCH: The latest videos from the Star
by MICHAEL MUGWANG’A
Siasa
19 September 2022 - 21:05
Read The E-Paper