MAKSIMYCHEV: Don’t be fooled by lies on ‘Russia colonialism’

Neither the Tsarist Russia, nor the Soviet Union or the Russian Federation have ever been colonialist.

• When you say “colonialist”, you immediately think of France, Germany, the UK, Belgium, the Netherlands, Portugal, Spain and even Italy.

• These were the colonial empires who, for centuries, robbed, pillaged, tortured, raped and corrupted the African continent 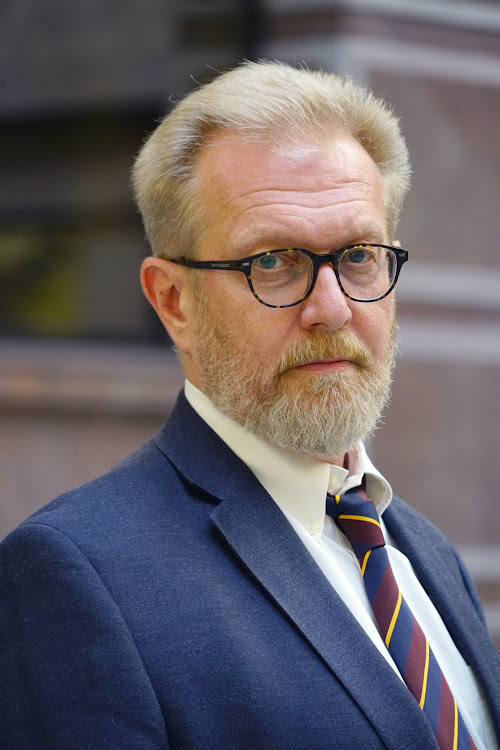 What made me write this piece, is a campaign of blatant lies from Europe and the US insinuating that Russia is a “colonialist empire” obsessed with territorial expansion.

Unfortunately, these lies found their way even into some of the Kenyan media. Nothing could be farther from truth.

When you say “colonialist”, you immediately think of France, Germany, the UK, Belgium, the Netherlands, Portugal, Spain and even Italy. These were the colonial empires who, for centuries, robbed, pillaged, tortured, raped and corrupted the African continent denying it any chance of development. Add to this slave trade, and you will have the full picture.

Their common feature and basic ideology was racism and white supremacism that “morally” justified the perpetration of genocide and brutal exploitation of the peoples and riches of Africa. The atrocious suppression of the Mau Mau uprising in Kenya by the British colonialists is a case in point.

Exactly the same thing happened in Asia, Latin America and elsewhere. The Europeans came to far away lands and the first thing they tried to do was extermination of indigenous populations (US, Canada, Australia, New Zealand). If, they could not do that, they enslaved the people and corrupted the ruling class to make them docile servants (compradors) of the new rulers for the exploitation of their own people.

We have to keep in mind that the entire wealth and prosperity of the “West” is built on ruthless exploitation of the peoples of the South. After the fall of the global colonial system (thanks, to a large extent, to the Soviet Union), the same old western colonial empires made sure that no possibility of truly free development is left to their former colonies by building a neo-colonial system of domination through political, financial, economic and military means. The main objective of such policies is to prevent fair exchange and redistribution of global wealth. This system still exists.

And now, those very countries who have not even begun to atone for their ignominious colonialist past, are calling Russia “colonialist” and “imperialist!

Let me put some facts straight. Neither the Tsarist Russia, nor the Soviet Union or the Russian Federation have ever been colonialist. The whole concept of Russian state-building transcending the thousand year-long history of my country is based on a unique philosophy of co-development of different races, ethnicities, and cultures.

Russia is a big multiethnic, multicultural, and multireligious country, and in the course of its history, none of the peoples or ethnicities or religious groups became extinct. Their cultures and languages were and still are supported and developed. Under the Tsars, their nobility was made part of the Russian aristocracy, in the Soviet Union, every nation had access to political power.

Through Russia’s history, the resources were moving from the centre to the underdeveloped periphery of the country to lift their standards because, I repeat, the underlying philosophy was to create a space of common prosperity and dignity.

This is something the real colonialists (Europeans, British, Americans, etc.) physically cannot grasp because they judge others though their own pervert psyche. They are accusing us of something they themselves would certainly do in our place.

Just an example. If you look at the leaders of the Soviet Union, you will find two Russians (Lenin, Gorbachev), a Georgian (Stalin), and three (!) Ukrainians (Brezhnev, Khrushchev, Chernenko). Some colonialist empire! Can you imagine a Kenyan sitting on the British throne?

Dear Africans friends, you who know everything about colonial oppression and exploitation, does this fit into your idea of colonialism or imperialism?

Make no mistake, what is currently happening in the Ukraine is not a manifestation of Russian “imperialism” but a “hybrid” clash with NATO that is struggling to retain its faltering global domination (including the neocolonialist exploitation of the developing world).

So, please, dear Kenyan friends, do not let yourselves be fooled by the European or American disinformation and misinformation on “Russian imperialism”.

Dmitry Maksimychev is the ambassador of Russia

If we are honest and serious, we will have to admit the problem started long before the Ukrainian events
Siasa
9 months ago

Never before has the “Nairobi Spirit” been so brutally violated.
Opinion
10 months ago
Post a comment
WATCH: The latest videos from the Star
by DMITRY MAKSIMYCHEV
Siasa
19 September 2022 - 21:00
Read The E-Paper