MUTUNGA: What really ails the IEBC

• What can we read about this division between the old commissioners and the new appointees to the IEBC?

• It is very likely that some of these questions will begin to get answered when the dispute takes a centre stage at the Supreme Court of Kenya. 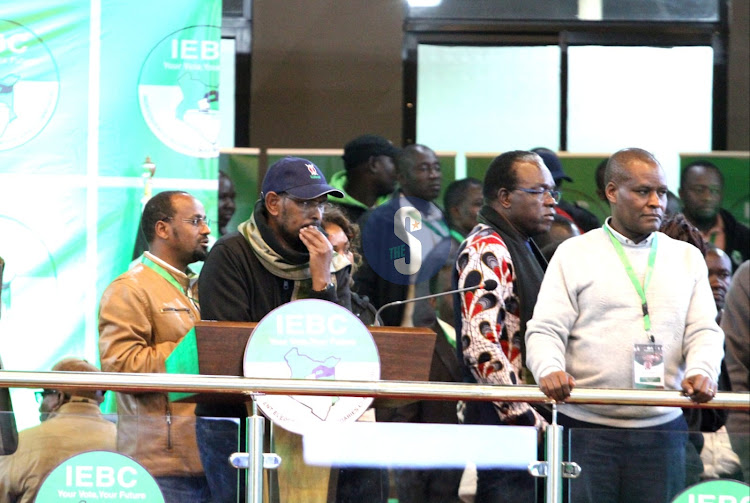 The irony of William Ruto’s populist dynasty-hustler narrative is that it has brought to the fore the issue of class politics in Kenya.

There is now open talk about the stark and unacceptable inequality in this country. Kenyans can now imagine the reality of the essence of the Oxfam report that discloses that Kenya has 8,300 billionaires — including dollar billionaires — and multimillionaires whose collective assets equals the assets of the rest of us! That in a nutshell is the collective dynasty.

Ruto has also given a great political blow to the politics of ethnicity. By engineering successfully the rejection of President Uhuru Kenyatta by his Kikuyu community in the Mt Kenya region (read Murang’a, Nyeri, Nyandarua, Meru, and Kirinyaga) ironically also signals the onset of politics of issues within ethnicity. That is if we believe Ruto’s running mate Rigathi Gachugua’s criticisms against the Kenyatta business empire exploiting the peasants in Mt Kenya region when they buy their milk.

So, the revolt against Kenyatta had this clarion call: If you are our Muthamaki why should you exploit us instead of helping us?

It is a wake up call for all ethnic barons that ethnicity is henceforth a political double-edged sword.

But I digress! What about IEBC?

WHOSE CAPTIVE IN IEBC?

Like many of our national institutions, the IEBC struggles in search of its independence from political parties and their respective leaderships.

None of the political parties in the two major coalitions, Azimio and Kenya Kwanza, satisfy this constitutional scrutiny!

In his address to the nation, IEBC chairman talked of threats and intimidation, clearly pointing this criticism to Azimio. Ruto praised the chairman to high heavens after his praises to the Almighty God.

One can equally allege that the timing of these divisions was at the tail end of the operations of the  electoral commission, when the revolt by the four commissioners happened.

What can we read about this division between the old commissioners and the new appointees to the IEBC?

It is very likely that some of these questions will begin to get answered when the dispute takes a centre stage at the Supreme Court of Kenya. We expect nothing less than sworn affidavits of all the commissioners. They can lie on oath, if they wish, but any petition in the Supreme Court will put them on trial.

Will Solomonic Wisdom Save the Supreme Court from attacks?

The Coalition for Reforms and Democracy (Cord) supporters, whose followers included my Akamba community, did not spare me. Indeed, the post on Twitter that dubbed me The Chief Injustice trended!

And because Kenyans blame the top leader for everything, nobody remembers that the unanimous decision was by six judges of the Supreme Court.

The supporters of Jubilee Coalition, who had come to the Supreme Court to seek my disqualification from hearing the petition (on account that I was a stooge of Raila Odinga) gave me a thunderous standing ovation when on April 8, 2013 I arrived at Kasarani Sports Centre to swear in President Uhuru Kenyatta and his deputy, William Ruto.

I could not help reflecting what my reception would have been in Kisumu, Kakamega or even my hometown Kitui.

There is no Solomonic wisdom in presidential elections. Indeed, if Solomon was given the task of hearing a presidential petition, he would be stoned out of town after his judgment.

Kenyans will have to be a nation under progressive and uniting political leadership before electoral disputes in the courts will be respected. Those who doubt this should remember how brutally the Supreme Court was attacked in 2017 by politicians.

In 2013, [Wiper leader] Kalonzo Musyoka claimed the Supreme Court had been bribed and that he knew where the cash was stashed in off shore accounts.

When we challenged him to provide evidence before the Judicial Service Commission as the basis of our removal from office, he did not comply. We thought seriously about suing him in libel but we correctly realised that the Supreme Court would always be a punch bag for politicians to rain blows on.

I have no reason to believe the current Supreme Court will be spared of glorification and vilification.

Let Solomonic wisdom Emerge from the political leaders, themselves

Let me say in 2013 I, and I believe my five colleagues at Supreme Court, slept soundly when Raila, as a great statesman, said he accepted the decision of Supreme Court although he did not agree with it.

Let us hope whoever loses at the Supreme Court will follow in the footsteps of Raila. Solomonic wisdom must be expected from the politicians, themselves.

Constitution and our laws are clear about how the IEBC should conduct its business.
News
1 month ago

The IEBC should keep publicly uploading Form 34As and Form 34Bs in future elections because it makes it very difficult to tamper with the results.
Opinion
1 month ago

The IEBC chairperson is legally empowered to declare the overall result of the presidential election.
Opinion
1 month ago
Post a comment
WATCH: The latest videos from the Star
by WILLY MUTUNGA
Siasa
21 August 2022 - 07:57
Read The E-Paper