Countering extremism is among key crucial issues tasked with him as minister for Endowment and Religious Affairs.

• The appointment will be a test for Robow but also chance for him to practically, demonstrate his renouncement of extreme interpretation of Islam. 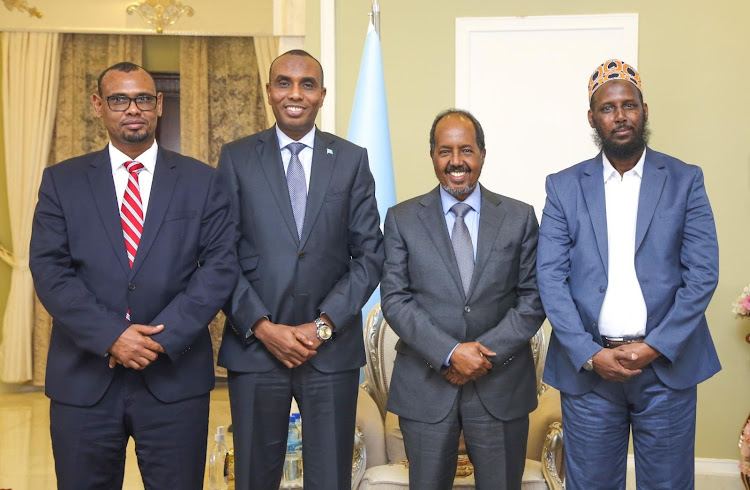 Robow was appointed as minister for Endowment and Religious Affairs after he was released from custody on Monday, where had been detained for four years by former President Mohamed Farmaajo's administration.

The appointment will be a test for Robow but also chance for him to practically, demonstrate his renouncement of extreme interpretation of Islam.

Countering extremism is among key crucial issues tasked with him as minister for Endowment and Religious Affairs.

Experts on counterterrorism argue the move can be considered as a calculated strategy to "ideologically" defeat the extremist movements that wreak havoc in the war-torn country.

Robow’s appointment as a minister has, however, triggered controversy among Somali public opinion. Some political activists, majority of whom are Farmaajo’s hardline supporters, took to social media to criticise the government over appointment of the prominent former al Shabab leader.

For one of the most wanted al Shabaab leaders to have been appointed for an important ministerial office may prove the determination of President Mohamud and Prime Minister Barre to end the problem of extremism, a major obstacle stands in the way of stability and peace building process in Somalia for decades.

"Abu Mansoor" could play vital role in weakening extremism as more important members of the terrorist group might surrender to the government and join the political process.

Notably, the rate of fissures among al Shabaab members had been dwindling since the former president assumed power in 2017.

The phenomenon, probably resulted in the way of the former government dealt with the insurgents as during that tenure, extremism ideology had prevailed, financially became stronger, according to some observers.

Robow came to the limelight in 2006 as a key leader of the Islamic Courts Union, which controlled most of the Southern Somalia before the intervention of the Ethiopian troops that overthrew them.

Sources reported that he resigned from the position after the group’s suicide bombers targeted a graduation ceremony at one of the capital city's universities in 2009. This was the beginning of the ideological dispute between Robow and the other leaders of the terrorist group.

He surrendered to the government in August 2018 and renounced violent extremism, following a confrontation between his militia and al Shabaab in South West Somalia over ideological differences.

After he was settled in Mogadishu, the government granted him a passport and visited some countries around the world. This was after the United States withdrew a bounty of $5 million placed on his head.

In December 2018, Robow declared his candidacy for the governorship post of South West state, where he hails from. But the then Somali government blocked his bid as he was contesting against Farmaajo’s preferred candidate, the incumbent, Abdulaziz Laftagareen.

His decision to vie irked the Somali government and was extra-judicially jailed in Mogadishu. His arrest was followed by protests in Baidoa, South West State's headquarters. There were casualties, destruction of businesses as Robow’s supporters clashed with the security forces backed by Ethiopian troops. Local media reported use of lethal force by the government to quell the protests.

The newly elected president Hassan Sheik Mohamud was among the critics of the former government over Robow's detention.

The then Somali officials ordered the United Nations envoy to Somalia at the time Nicholas Haysom to leave the country, declaring him "persona non grata". The declaration came after the UN official raised questions over Robow’s detention.

The group has not been designated or listed by US among terror groups.
Siasa
2 years ago

al Shabaab deputy leader Muktar Robow has been allowed to register a party and participate in the polls
Siasa
1 year ago
by ABDIWAHID MIRE
Siasa
04 August 2022 - 21:00