• Climate change has been caused by human activities like destroying forest cover and sand harvesting causing rivers change their courses.

• Drought has hit indigenous women most, as they have to trek for long distances to draw clean drinking water for their families. 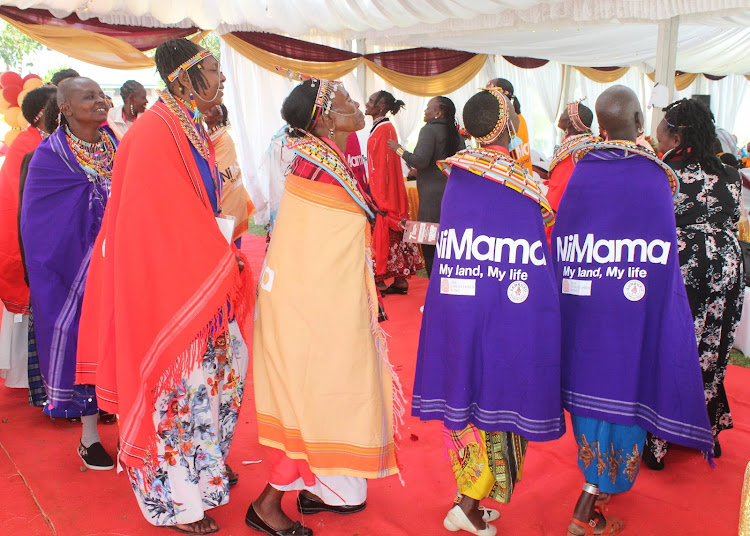 Climate change has been blamed for changing the traditions, culture and livelihoods of indigenous peoples.

This emerged at a recent conference where David Silakan of Paran Alliance said traditionally, people observed the behaviours of living things and non-living things to predict the weather.

Speaking at the seventh National Indigenous Women Conference in Nyeri county, Silakan said they could observe the behaviour of animals and appearance of plants to predict rain.

Other ways included observing the movement of wind, stars, the moon, clouds, temperature, lightning and thunder and the rainbow.

When it was about to rain, he said, some trees started shedding leaves; animals came on heat, while birds would behave differently. This enabled them to prepare accordingly.

However, he said, many of these signs are no longer helpful due to climate change.

Climate change has been caused by human activities like destroying  forest cover, sand harvesting that has caused to rivers changing their course and infrastructure development, such as construction of industrial plants.

“People have polluted rivers, dams, seas and oceans among other water bodies by channeling polluted water there,” he said.

He said it is necessary for people to engage in activities that protect the environment.

The impact of climate change has hit indigenous women most, as they have to trek long distances to draw clean drinking water for their families.

Water has also been contaminated by polluted soils due to the use of fertilisers and other chemicals such as pesticides.

They also have to ensure the water is fit for consumption by treating it through boiling.

Other than the shortage of clean water, climate change, he said, has also led to food insecurity, conflicts and pollution.

It has also criminalised possession of some animal products the communities wore like bird feathers and ornaments made of bones.

Other effects are the rising water levels in oceans and lakes such as Lake Baringo and Lake Turkana, which have displaced indigenous people.

This, participants heard, has affected the livelihoods of the fisher folk, hunters and gatherers (in Kenya now viewed as poachers) and pastoralists, among others, leading to a change in their traditional diet. 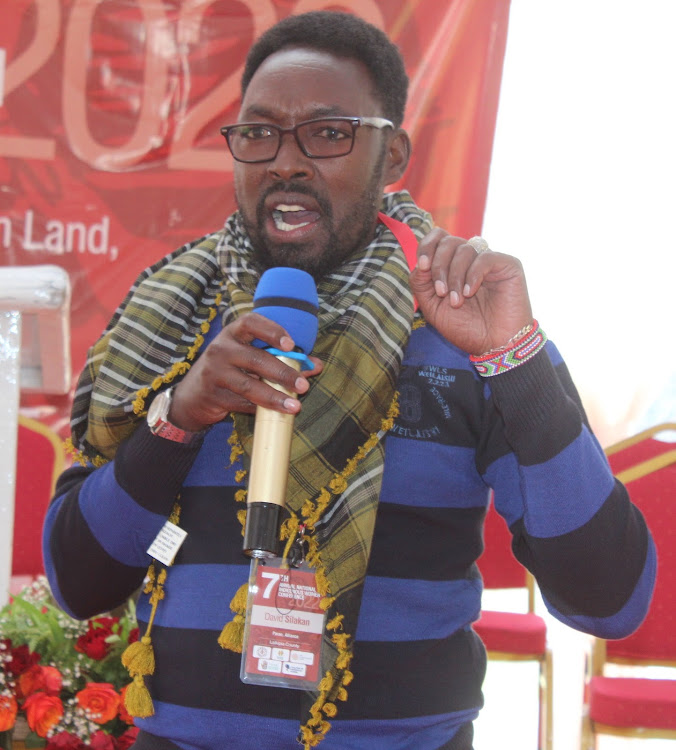 Silakan was making his presentation during the conference, which brought together at least 100 women delegates and leaders at Anka Resort in Nyeri county from July 11 to 14.

It was convened by the Samburu Women Trust led by executive director Jane Meriwas and organised by The Defenders Coalition, the Trust for Indigenous Culture and Health and The Christensen Fund.

“We have finances meant to curb climate change but the indigenous people do not access this fund,” Silakan said, adding the money benefits the non-indigenous people and that the women ought to be empowered.

He said the indigenous people must play a part in resisting anything that may contribute to climate change, and help curb it by conserving the environment.

The communities, he suggested, should revert to raising indigenous animals that are hardy and feed less and, therefore, do emit reduced reduced greenhouse gases.

Indigenous animals do not need a lot of feeding, supplements and chemicals to prevent diseases and parasites and so are environmentally friendly.

He asked on indigenous women to also try and come up with solutions to help in curbing climate change.

“As indigenous women, you have a role to play in curbing climate change. The effort starts with you,” he said.

He called on the governments, the international community and other stakeholders to engage indigenous women in coming up with new adaptation to climate change.

Contributing to the presentation, Daniel Waitere from the National Gender and Equality Commission asked women to turn to clean energy saying wood fuel emits smoke, which is harmful to their health.

“The government has been sensitising people to use clean energy because some fuels like wood cause environmental degradation also emit smoke.

"This pollutes the environment and causes diseases to women and more so the indigenous ones who mostly use wood fuel,” he said.

He encouraged them to turn to biogas and solar to light their homes instead of kerosene lamps.

Hordes of women trek a dozen kilometres in search of water, food and firewood.
News
4 months ago

MWATHE: Towards new commitment to save biodiversity

Future of humanity is inextricably linked to that of nature, so governments must take bold actions to ensure nature positivity by 2030.
Opinion
5 months ago

Kenya is to pay compensation of Sh57 million for material prejudice, loss of property and natural resources.
News
4 months ago

Climate change is running faster than us, Kipchoge warns

Kaptagat is one of the forests in the North Rift conservation area that covers a total of 5,663.56 hectares.
News
4 months ago