• EU Ambassador says one reason EU wants to step up its engagement with Kenya is because it's one of the stronger countries in the region. 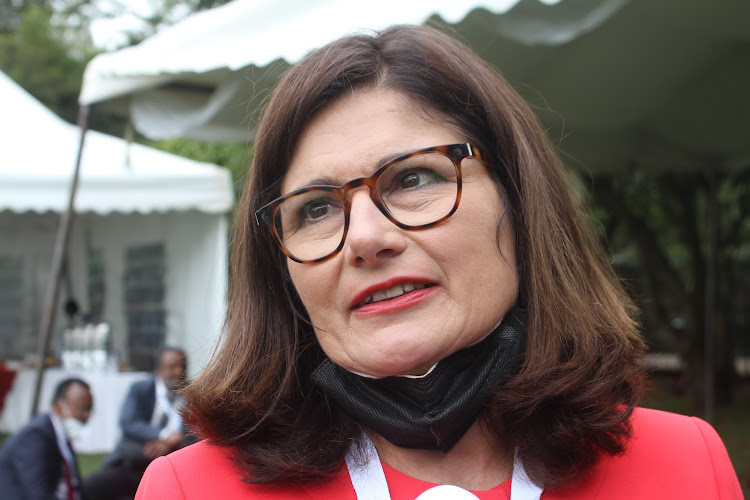 The European Union is hoping for a peaceful, free and fair general election in Kenya on August 9 for the sake of regional stability.

European Union Ambassador Henriette Geiger said one reason the EU is keen in stepping up its engagement with Kenya is because they see it as one of the stronger countries in the region.

She spoke to the Star on the sidelines of the 39th Extraordinary Igad Heads of State and Government Summit in Nairobi.

“We can say it’s a rock in troubled waters. Kenya needs to remain standing at all costs because it has a crucial role to stabilise the region,” Ambassador Geiger said on Tuesday.

Observing that the Horn of Africa is facing various challenges, the envoy said they hope and pray Kenya remains strong to provide leadership to the region, help empower Igad to deal with climate change, security challenges and terrorism, among other problems.

In this regard, Ambassador Geiger announced the EU has contributed €5 million (Sh590 million) to a basket fund administered by the UN Development Programme to support free and fair elections.

“Part of it goes to civil society, media and also the IEBC to strengthen voter education and information and that way, we hope we can make some contribution,” she said.

The head of the EU Delegation in Kenya confirmed that an electoral observer team will participate in monitoring of the polls at the invitation by the Government of Kenya.

“The technical team of the mission is already in the country to prepare for the big electoral observer mission. Our chief observer will come in next week and take it from there,” she said.

More short-term observers recruited from the EU diplomatic community, Canada, Norway and Switzerland will reinforce the mission during Election Day.

"The EU EOM will remain in the country until the completion of the electoral process," it said.

Ivan Stefanec, a member of the European Parliament for Slovakia, will lead the EU observer mission.

He was appointed by Joseph Borrell, the EU High Representative for Foreign Affairs and Security Policy. He is also the vice president of the European Commission.

“I’m honoured to have been entrusted with the responsibility of leading this EU Election Observation Mission and will be looking forward to engaging with representatives of state institutions, political parties and candidates, civil society organisations, media and others that are playing important roles in the ongoing electoral process,” Stevanec said in a statement issued by the European External Action Service on June 29.

Borrell, who visited Kenya in January, said in the EU statement the August polls will be crucial — "for citizens to determine what future lies ahead; for electoral stakeholders to showcase their commitment to democracy, with fair competition among candidates in peaceful elections; and for the region at large to promote stability".

Ambassador Geiger said deployment of the mission is one way for the EU to be “a constructive partner” in the elections as they have done in the past to make a contribution towards "genuine and democratic" polls.

“We work very closely with other observer missions such as those from the AU to help monitor and ensure genuine and democratic elections. What we have seen so far is that the processes have gone on quite well without any major hindrances and obstacles,” Geiger said.

“I also see a lot going on in civil society and the private sector to influence the public to engage peacefully. I think preparations are going well towards a peaceful process,” she said. 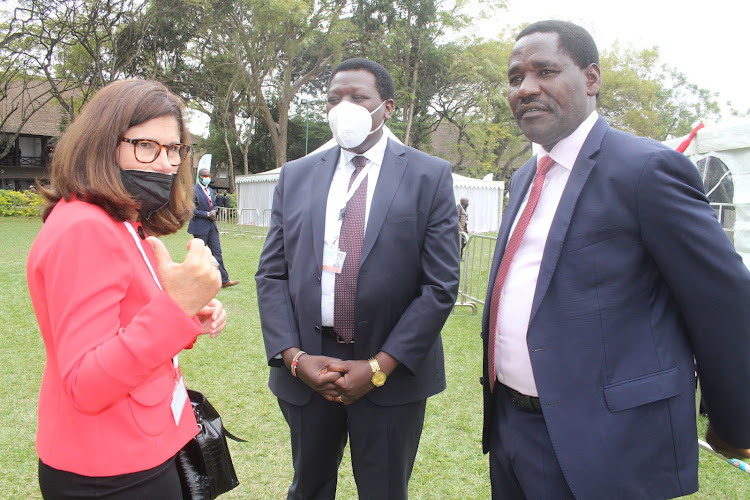 In the 2017 election, there were differences between the EU observer mission and the Kenyan government over the release of the final report.

The team led by chief observer Marietje Schaake said lack of government cooperation meant it could not travel to Kenya to present its final report on the repeat election,

She said the government refused to receive the mission’s final report on the October 26, 2017, poll. Instead, it released the report in Belgium, infuriating Kenyan authorities.

At the time, Kenya’s Ambassador to Belgium and the EU Johnson Weru — now Trade PS — termed as “dishonest” the claim Kenya had declined to receive the EU team, and that the release of the report in Belgium was done in a premature manner.

“Kenya regrets the unprocedural and premature manner in which the final report of the EU Election Observation Mission has been released by Hon Marietje Schaake.

"Her action has breached the terms of Kenya’s Memorandum of Understanding on Election monitoring with the European Union,” he said in a statement at the time.

In the final report, the mission advised Kenya to settle issues of the winner-take-all system of government, exclusivity, corruption and ethnic division to curb violence in the future.

It said the electoral reforms need to be carried out well in advance of any election, and be based on broad consensus.

"The very late legal amendments and appointment of the leadership of the Independent Electoral and Boundaries Commission before the 2017 elections put excessive pressure on the new election administration," it observed.

The team also criticised what it termed as "disproportionate actions by security forces", including the use of live fire that resulted in deaths, as well as sexual violence.

"Criminal elements and gangs also contributed to the violence. There was an increasingly ethnic dimension, with ethnic profiling and threats observed in different parts of the country," the report said.

It also called out Jubilee’s "unilateral amendments" to electoral laws during the fresh election, harsh rhetoric against the Judiciary and acts of intimidation against civil society, which it said were highly antagonistic.

The European Union also noted that the country’s top political leadership should engage in constructive dialogue on democracy.

Deliberations centered on preparedness for both the general elections and party primaries.
News
4 months ago

EU election observers yesterday cautioned Jubilee against trying to change electoral laws and NASA against inflexible demands ahead of the ...
News
4 years ago

The EU EOM has consistently called on all parties to respect the rule of law and the independence of institutions. This morning, most of the judges ...
News
4 years ago

State criticises EU report on polls, claims it is ‘premature’

The national government has criticised the report released by the EU election observers mission chief observer on the two elections conducted last ...
News
4 years ago
“WATCH: The latest videos from the Star”
by ELIUD KIBII Subeditor and writer
Siasa
08 July 2022 - 08:00