• Based on the 2019 census, youth constitute the majority in this country.

• However when it comes to electoral process, the opposite is happening as has been demonstrated by the IEBC's statistics. 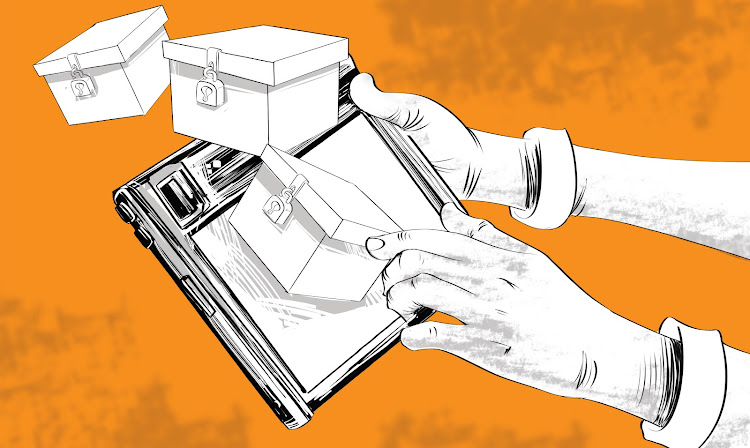 Based on the register, there are 22,120,458 Kenyans eligible to participate in the forthcoming August 9 elections.  This was against a target of 27,857,598 million, which the Independent Electoral and Boundaries Commission had budgeted to register based on figures from the Kenya National Bureau of Statistics.

On the other hand, the number of persons issued with Identity Cards stands at 29,566,678, according to the National Registration.

Therefore the number of voters added to the register grew by 5,258,890, translating to an enormous 36.6 per cent increase.

The analysis of the 2022 poll register further shows the number of enrolled women is 10,865,569, representing 49.12 per cent, while men are 11,254,889, representing 50.9 per cent of the total of registered voters. This demonstrates women are still underrepresented in the election register, albeit slightly.

The other important demographic is people with disabilities. Their enrolment stands at 4,189,614, representing 18.9 per cent of the eligible voting population.

Kenyan voters in diaspora are 10,544, representing 0.05 per cent of registered voters. This is against the often mentioned target of million million.

To unpack this anomaly it is important to interrogate the reason behind the above scenario. In particular, what ails our electoral process? Why are the youth disengaged from politics yet the decisions made by leaders affect each and everyone?

Based on the 2019 census, youth constitute the majority in this country. However when it comes to electoral process, the opposite is happening as has been demonstrated by the IEBC's statistics.

The question to all stakeholders is, why the dismal numbers, despite the youth being the fastest growing demographic?

There could several factors that could be attributed to this apathy.

An interrogation into a number of them could perhaps help inform future public discourse.

First, the elections are about changing the status quo. The youth appear not to appreciate that this can occur through elections hence their disconnect from the exercise.

Second, the issues affecting the youth, key among them jobs on completion of their education, are only mentioned during campaigns only to be discarded thereafter.

Third, the leaders among the youth who have been elected seem to forget the young people's issues once elected and there are several examples that could be enumerated.

Fourth, integrity issues among candidates are sensitive to the youth and these are the sort of issues they detest. To make matters worse, the responsible agencies hardly take any action to address them

Fifth, whereas the youth work hard to acquire a decent education, the assertion that politicians are buying academic papers to be eligible for certain positions hardly inspire them.

Sixth, in certain parts of this country, getting an ID is herculean task. This important document is key in registering as a voter. Without the same, one is effectively disenfranchised.

Seven, the voter education programmes focus on the elderly, who are already sensitised, while leaving out the critical youth constituency.

Eight, the IEBC in its public pronouncements hardly inspires confidence. This is by clearing the air when controversial issues such as the use of electronic and manual election register are raised.

In conclusion there is need to interrogate further this apathy. The way forward is for the curriculum developers to develop a civic, voter and political education programme.

The same should ideally be a common unit running from our schools all the way to tertiary institutions, colleges and universities.

MPs say they wanted peace to continue for the economic development of the country.
Counties
9 months ago
WATCH: The latest videos from the Star
by NJAU GITU
Siasa
06 July 2022 - 19:00