HOYLE and JABBAR: There is strong evidence Kenyans want abolition of death penalty

enya has not executed anyone since 1987, though continues to sentence people to death

• When they considered the risk of the state executing innocent people, support dropped from 51 per cent to 28 per cent

• When asked about measures to reduce violent crime, the public did not favour harsh punishments, choosing instead social justice measures 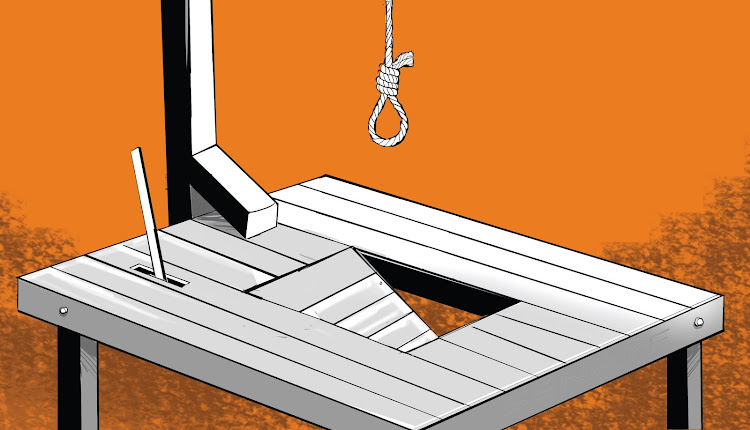 This week, at a well-attended event in Nairobi, the Death Penalty Project launched our new report examining Kenyan views on the death penalty in partnership with the Kenya National Commission on Human Rights.

We revealed our finding that almost all opinion formers — those considered to be influential in shaping, or responding to, both government and public opinion — supported abolition of the death penalty, and moreover, did not believe the public stood in its way.

OUR RESEARCH IN BRIEF

Our research revealed that while half of the 1,672 people interviewed in our survey of a representative sample of Kenyan citizens initially expressed support for the death penalty, support declined dramatically when they were confronted with the reality of capital punishment in practice, showing their views to be poorly informed.

Furthermore, when asked about measures to reduce violent crime, the public did not favour harsh punishments, choosing instead social justice measures such as education and reduction in poverty.

Our audience, an impressive array of criminal justice professionals and other stakeholders who were well-informed about the politics and administration of the death penalty in Kenya, agreed.

They, too, wanted to see an end to a punishment that they thought ineffective, unnecessary and a stain on the reputation of their country within the international community - but how this should happen was not clear.

An effective campaign for abolition must incorporate a wide variety of stakeholder interests and concerns. This could include legal challenges on the constitutionality of the death penalty but must seek to influence at the political and legislative level, ever mindful of the need to take the public with us on the road to reform.

WHERE ARE WE NOW?

On the legal front, there remain outstanding issues caused by legal uncertainty for those currently sentenced to death. Kenya has not executed anyone since 1987, though continues to sentence people to death for offences of murder, robbery with violence, and attempted robbery with violence – as it could for treason if this arose. Recognising the inevitable mental anguish caused by remaining under sentence of death for decades, governments have commuted (changed) thousands of death sentences to life over the past decades. About 600 people are currently on death row, with many thousands previously sentenced to death now serving life sentences, having had their death sentences commuted.

In 2017, the Supreme Court declared that the law requiring the death penalty to be imposed automatically was unconstitutional (Muruatetu case). But in a subsequent direction in 2021, the Court sought to indicate that their earlier judgment applied to murder convictions only.

This direction has resulted in hundreds, if not thousands, of prisoners, who it was assumed would be entitled to be resentenced being unable to take advantage of this right and present to the court mitigating evidence. This is evidence that might reduce their sentence. Furthermore, those since convicted of all capital offences other than murder (basically robbery with violence or attempted robbery with violence) remain subject to automatic death sentences.

These defendants are being deprived of the constitutional right to have mitigating evidence heard by the court. Thus, for a crime usually less serious than murder, these defendants are being sentenced disproportionately and, thereby, deprived of their right to a fair trial and indeed their right to equal treatment. This must be addressed to provide legal certainty and effective access to justice.

These prisoners remain either sentenced to death or commuted to life sentences in poor conditions, with no access to rehabilitation, until they die in prison. In 2012, the Kenya National Commission on Human Rights conducted a thorough study of conditions on death row, revealing its severe physical and psychological impacts on inmates and their families.

These impacts could, in many cases, amount to torture, and certainly demonstrate cruel, inhumane and degrading treatment or punishment. The study showed that prisoners on death row were not provided with resources to help them to rehabilitate or to gain education; they were isolated and lonely, with some not allowed to participate in recreational activities.

We are currently conducting new research on 671 of those prisoners who have been sentenced to death to better understand their lives at the time they committed their offences, their motivations for offending and their experiences of the justice process and of incarceration. It was not surprising to those attending our launch event that most of these prisoners are from poor socio-economic backgrounds, poorly educated and vulnerable in other respects.

Tens of years on death row, with the possibility of execution ever present in their minds, even if not likely, amounts to inhuman and degrading treatment and punishment because of the mental suffering inflicted on the condemned prisoner, who experiences stigmatisation and the psychological impact of living under a sentence of death. Those spending a long period on death row under conditions that could be described as torture, knowing that an execution is possible, must experience severe psychological harm.

Our latest opinion research, the findings of which reflect the views of the nation, shows that the people are ready; they will accept abolition as government policy. Half will enthusiastically embrace it, others will accept it as preferable to executing citizens, and only a small minority would be disconcerted by such a policy. The government cannot resist abolition for fear that a small minority of people will be disappointed. Besides, experiences of other nations have shown us that those people will, in years to come, change their views away from support for capital punishment. Thirty-five years without an execution has been more than enough time for Kenyans to get used to a criminal justice system that does not rely on state killings to try to control serious crime. They are now ready to accept abolition in law as well as in fact.

Kenya should move swiftly and resolutely towards abolition. The question for those intent on reform is how to manage what some see as ‘political apathy’, suggesting that a lack of political will can partly be accounted for by government fears of a backlash from the public should it move ahead with abolition.

Our public opinion data suggest this is unlikely and can be marshalled to good effect in challenging these concerns. We agree with those who attended the launch that, while it is for the government to abolish, the public must be primed for this change. They should be sensitised and informed about the risks of arbitrariness, discrimination, and wrongful convictions.

In bringing about change, several strategies need to be adopted, those that trickle down from government and policymakers, as well as, from below, grassroots educative initiatives from civil society.

Ending the death penalty sends a powerful message that a country seeks to advance human rights, to recognise the dignity inherent in all its people, and to acknowledge the ongoing flaws in their own criminal justice systems. History demonstrates that it secures a legacy of recognising and respecting human dignity as a fundamental national principle.

A country concerned for human rights should not justify retaining the death penalty by reference to public opinion – which is so often based on misconceptions about its assumed deterrent effect, the fairness and safety of its application, the absence of error, and other human rights considerations. However, nor should the public be ignored. They must be taken on the journey.

Parvais Jabbar is co-executive director of The Death Penalty Project.

The last execution in the country took place in 1987.
News
1 week ago

Habit and inertia may be the main reasons Kenya retains the death penalty.
Opinion
1 week ago

Life behind bars and the struggle to reintegrate

Course helps convicts appeal their way out, but freedom is bitter
Sasa
1 year ago
WATCH: The latest videos from the Star
by CAROLYN HOYLE and PARVAIS JABBAR
Siasa
17 June 2022 - 09:56