• Kenya and Somalia need to change their attitudes and perceptions towards each other for the bilateral relations to be revived and to avoid misunderstandings.

• For Kenya, Somalia could represent the biggest business partner among its neighbours with statistics showing that the income from miraa (khat) 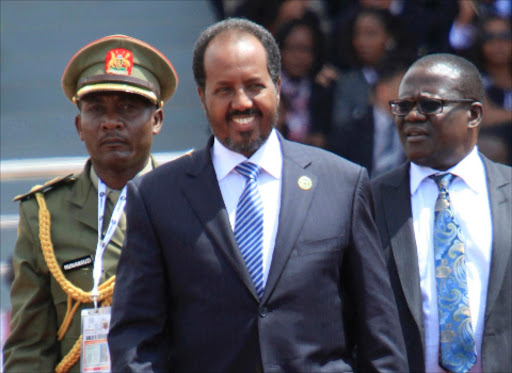 Somalia parliamentarians on Sunday elected Hassan Sheikh Mohamud as the president, becoming the first ever politician to be elected twice.

Bilateral relations between Kenya and Somalia had been largely good during the first presidency of Hassan Sheikh, although he is the president who decided to take the maritime dispute between the two countries to the International Court of Justice after much procrastination on the talks to resolve the issue from the Kenyan side.

In a recent interview in Somali language on a popular YouTube Channel, Sheikh Mohamud insisted that Kenya and Somalia are joined at the hip and thus are inseparable. He also rebuked the ultra-nationalist voices within Somalia who lay claim to the Somali region in Kenya.

His election as president, therefore, represents a great opportunity for the two neighboring countries to rejuvenate their relations, which have been deteriorating in the last few years of the rule of the outgoing Somalia president, Mohamed Abdullahi Farmajo.

However, Kenya and Somalia need to change their attitudes and perceptions towards each other for the bilateral relations to be revived and to avoid any such misunderstandings.

For Kenya, Somalia could represent the biggest business partner among its neighbours with statistics showing that the income from miraa (khat) and other exports could reach up to Sh60 million per day.

The diplomatic rift between Kenya and Somalia and subsequent restriction of the exportation of Kenyan miraa to Mogadishu reduced the income from Somalia exports by more than half, according to statistics.

More so, there are thousands of Kenyans who work in Somalia, mainly as hoteliers and teachers.

Kenya should, therefore, stop viewing Somalia through the lenses of national security only and instead view it as a strategic business partner that must not to be lost.

The Kenyan government should also stop treating Mogadishu as the young and incapable brother it once was, during the years of the transitional government. The transitional period in Somalia elapsed in 2012 and since then, we have had a fully-fledged and internationally recognized federal government of Somalia.

Similarly, hundreds of Somalis who moved to Kenya during the prolonged civil war in Somalia are running thriving businesses estimated to be worth billions of shillings.

More so, there are thousands of Somali refugees who are being hosted by the Kenyan government since 1991.

Somalia should also reboot its national priorities and view Kenya as a lucrative business hub for its nationals and a strategic partner that stood by it during the difficult times of the history of the war-ravaged country.

This should be the only way the two countries can enjoy good and lasting partnership regardless of the affiliation of political leaders at any time.

The election coincides with the anniversary of the Somali Youth League, the first Somali political party
Siasa
1 month ago
by ABDULLAHI ABDI SHEIKH
Siasa
20 May 2022 - 04:00