US President Joe Biden signed an order authorising hundreds of US special forces to be sent back to Somalia.

• US State Secretary Antony Blinken says Somalia has an opportunity to focus on political, economic, and security reforms to advance the interests of Somalis 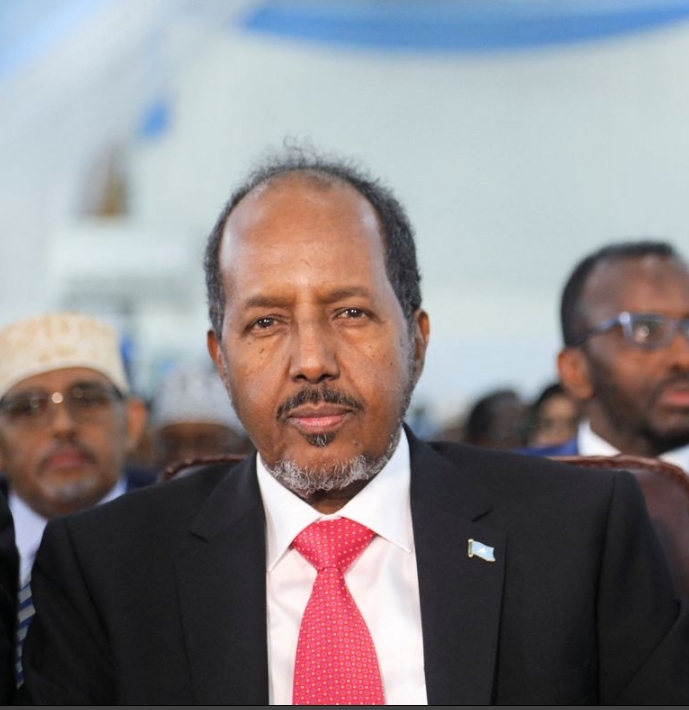 Hassan Sheikh Mohamud, former Somali President and candidate for the 2022 presidential elections, is seen during the first round of voting in Mogadishu, Somalia. May 15, 2022.
Image: REUTERS

After months of delay in the Somalia elections that were initially set for February 25, 2021 the process finally ended on Sunday with the election of former President Hassan Sheikh Mohamud.

Mohamud, who was replaced by outgoing President Mohamed Farmaajo, made a comeback in the third round of voting by parliamentarians in Mogadishu.

The 66-year-old, who ruled between 2012-17, beat Farmaajo by 214-110 votes in a tense election. He was sworn in soon thereafter by Chief Justice of the Supreme Court Bashe Yusuf Ahmed.

In the final round, Puntland President Said Abdullahi Deni and former Prime Minister Mohamed Khaire, who Farmaajo instigated a vote of no confidence against in July 2020, ganged up to back Mohamud. The move marked the end of the Farmaajo reign. He conceded.

“Thanks to Allah for allowing us to complete our election tonight. I thank those who voted for me and those who voted against me. I want to welcome my brother, the new president.  I urge all my fellow citizens to support and pray for his success. Congratulations,” Farmaajo said.

President-elect Mohamud said they will move ahead without holding any grudges.

“No avenging,” Mohamud said in his acceptance speech. “Let’s work together for the benefit of our people and country”.

Deni led in the first round, while Farmaajo finished second and Mohamud third, with Khaire concluding the list of four candidates who proceeded to the second round.

Mohamud and Farmaajo finished first and second in the second round voting, respectively, while Deni and Khaire finished third and fourth. Mohamud got 110 votes, Farmaajo 83, Deni 68 and Khaire 63. Some 329 votes were cast, five voided.

Deni and Khaire backed Mohamud to defeat Farmaajo t in the third and final round. The winner needed a simple majority.

The conclusion of the process was welcomed by neighbouring countries, regional organisations, partners and the international community.

Gebeyehu in a statement on Monday said Mohamud’s victory, earning him a second stint in the office of the President of Somalia, was a clear testimony of the trust and confidence that the people of Somalia have in his leadership qualities.

“IGAD, including its organs and institutions, pledge their continued support and look forward to working with you to deliver on your national priorities, and promote regional integration and development,” Gebeyehu said in the statement.

He also commended former President Farmaajo for “preserving the country’s emerging democratic tradition and facilitating a smooth handover to the new President”.

In response, President Mohamud said he is looking forward to continued cooperation with Kenya, as “Somalia’s neighbors are vital and strategic partners”.

Kenya and Somalia have had a hostile bilateral relationship during Farmaajo’s tenure, with the two states severing relations over claims of domestic meddling.

The UN and other international partners also congratulated President Mohamud and thanked Farmaajo for accepting the results and pledging support to his successor.

They said they remain steadfast in their commitment to Somalia.

“We look forward to understanding the new President’s priorities so that we can work together to advance peace and prosperity".

State Secretary Antony Blinken said the US looks forward to working closely with President Mohamud and the new government.

“With the conclusion of this process, Somalia now has an opportunity to focus on the political, economic, and security reforms necessary to advance the interests of the people of Somalia,” Blinken said in a statement.

He urged President Mohamud and Somalia leaders to prioritize strengthening democratic governance and institutions and developing security forces to prevent and counter terrorism and assume full security responsibility from the African Union Transition Mission in Somalia.

Blinken also called for the enactment of economic reforms to complete Somalia’s path to debt relief and strengthen the economy and facilitating the delivery of humanitarian aid to the millions of Somalis suffering from devastating drought.

“Reconciliation, compromise, and enhanced dialogue among all levels of government and all communities will be vital to the success of these efforts,” the statement said.

The US said it looks forward to the timely formation of a new government and partnering with Somalia’s leaders to achieve the shared goal of a peaceful, democratic and prosperous Somalia.

Soon thereafter, US President Joe Biden signed an order authorising hundreds of US special forces to be sent back to Somalia.

Some 700 US troops were moved out of Somalia during the last days of President Donald Trump’s term in January 2021.

The New York Times on Monday reported that President Biden also approved a Pentagon request for standing authority to target about a dozen suspected leaders of al Shabaab.

“Together, the decisions by Mr. Biden, described by the officials on the condition of anonymity, will revive an open-ended American counterterrorism operation that has amounted to a slow-burn war through three administrations. The move stands in contrast to his decision last year to pull American forces from Afghanistan,” NYT reported.

In a statement, National Security Council spokeswoman Adrienne Watson acknowledged the move, saying it would enable “a more effective fight against al Shaabab.”

President Mohamud in a tweet thanked Biden for authorizing the deployment of troops and said, “The US has always been a reliable partner in our quest to stability and fight against terrorism.”

The talks with Gen Townsend, the Commander of the US Africa Command, centred on peace and security in the Horn of Africa region, with a special focus on Somalia, State House said in a statement.

“We appreciate the work we have done in collaboration with the US Africa Command regarding peace and security in the region. We look forward to continuing the partnership,” Uhuru told Gen Townsend.

Gen Townsend, who was accompanied by US Embassy Chargé d’Affaires Eric Kneedler, assured Uhuru of continued partnership between the US and the Kenyan military.

Horn of Africa analyst Rashid Abdi said given Biden administration's decision to send troops to Somalia to boost fight against al Shabaab in coincides  with change of guard at Villa Somalia, it is widely interpreted as signal of Washington's confidence in President Mohamud.

Mohamud now faces the task of uniting the people of Somalia after the protracted and divisive political process, the drought and the Al Shabaab menace.

President Trump withdrew about 700 US troops from Somalia in 2020.
News
1 month ago

Somalia- Where 329 people choose the president

But the big task is to wrest control of much of Somalia from al-Shabab.
News
1 month ago

The election coincides with the anniversary of the Somali Youth League, the first Somali political party
Siasa
1 month ago
by ELIUD KIBII Subeditor and writer
Siasa
20 May 2022 - 05:00