Politicians hop to maximize their chances of getting elected. Some have already done it.

• It is most depressing to see how much parliamentary time is taken up with adjusting the electoral goalposts to members’ convenience.

• We need stable electoral laws that are fixed well in advance of the elections, and not this five-yearly tussle between the IEBC and the MPs. 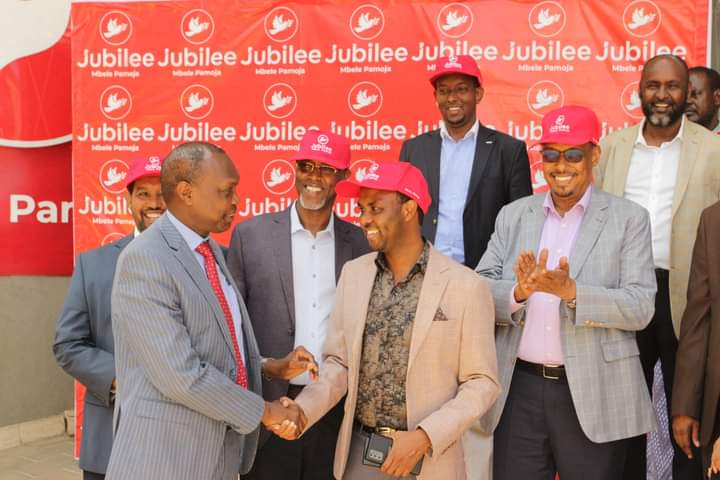 The electoral hopping season is well and truly here.

Legislators hop to maximize their chances of getting elected. Some have already done it. Some (including prospective candidates not yet elected) would want to hop out of a party, if they are not nominated to stand by their existing party. Some would like to hop to be independent candidates.

The Constitution intended to strengthen political parties. To summarise what Yash Ghai and I wrote two years ago: Parties must have a democratically elected governing body, and generally respect democratic principles, including having regular, fair and free internal elections. They are supposed to be disciplined bodies, run efficiently, with audited accounts. And there is an assumption that being a member, especially a member elected to a public position, means something – like standing for some ideology or policies.

We commented at that time how far reality departs from the vision. And the hopping season underlines this. People will go to any party that will have them, if they think it will increase their chances of being elected — which depend largely on the pulling power of the head of the party. All nothing to do with whether that leader will be good for the country, or what policies he or she will promote.

The rule that an MP (Article 103) or MCA (Article 194) must resign office, if they leave the party for which they were elected on, is intended to discourage party switching. It assumes voters care about the party more than the individual member.

It makes even less sense in the run up to elections. An MCA recently went to court and asked that, pending the final decision in the case, the judge should issue an order that MCAs should not be required to leave office at the order of their Speaker.

So, if legislators had to resign in this situation, a provision partly intended to give voters a chance to elect a new member would actually leave the voters without anyone representing them in the County Assembly.

There is also the question of whether this rule conflicts with the MCAs right to join a party under Article 38. I would say that clearly it does but because it is a rule in the Constitution, it can limit a right.

However, the question of whether it was intended to apply in this specific, limited, situation, does need to be resolved. Justice Ngugi has asked the Chief Justice to appoint a bench of at least three judges to decide this important issue, and meanwhile left MCAs in place.

How about those who want to hop out of a party after nominations?

The Bill before Parliament would change the date by which party membership lists must be sent to the IEBC from 120 to 90 days before the election. The nomination process is to begin on the same day. There is no time to hop to a different party, if you don’t get nominated. Nor to become an independent — because you must have been a non-party person for 90 days before the election to stand as an independent.

It is important that voters should be able to know what party candidates belong to. On the other hand, this strengthens the hands of party leaders (especially, if the nomination process is undemocratic) – and a candidate who believes his or her rejection as a candidate was unfair and against the popular will cannot stand as an independent and appeal to that popular will.

A National Assembly committee has rejected a proposal to change the Elections Act so that people can change their place of registration as voters only if they can prove some connection with the area where they seek registration. They must live there, work there, or have land or a business there and have done so for at least six months.

The reason for the proposal was to try to tackle the issue of people transferring their registration from one constituency to another to vote for a particular candidate. This is a special problem if unscrupulous candidates bribe voters to do this in large numbers and then bus them to the new place to vote on Election Day. Last year, it was reported that voters were being paid Sh1,000 to make such a move

According to the media, MPs recognized the problem (though no doubt some of them have employed this trick in the past, and some might have been planning to repeat it). They purported to object on the basis that it interferes with the rights of the voters. And how could Kenyans be asked to say if they had a job or owned land or a business? Crocodile tears?

One odd thing is that the law already says a voter cannot transfer registration unless he or she has already been ordinarily resident in that constituency for at least six months. This is in the Elections (Registration of Voters) Regulations. It was introduced in 2017 – presumably to deal with the same issue in that election year.

The Clause in the Bill that MPs are said to have rejected actually made it easier to transfer because the possibility of working or having land or a business there would be added.

The idea that this proposal is contrary to human rights of the voters is very weak. The right is to vote. Clearly the system must be one that allows the votes to be meaningful. I am not at all sure that this means a right to vote anywhere you chose, regardless of any connection with that place.

Kenyan law is rather unusual in that when first registering to vote, one does not have to show they any connection with the place where one is registering. MPs and MCAs are representing particular geographical areas. Yet when a significant number of voters do not live or work there, who are the MPs and MCAs representing? And when they visit (if they visit) their constituencies or wards between election campaigns they will obviously not interact with perhaps many voters who live somewhere else.

If a voter decides to move registration to a place where they have no connection, are they not undermining the choice of the people who actually do live there?

In some countries, voters vote not for individuals but for party lists. So it does not matter (or does not matter so much) where they live. The choice that faces them is the same. But Kenya opted for a different system – which includes a close connection between voter and candidate and the area, and the possibility of independent candidates (not belonging to any party). And Kenyan MPs are unlikely to vote for a change of system – which would require a constitutional amendment – if for no other reason than that it would do away with that nice perk the CDF.

It is most depressing to see how much parliamentary time is taken up with adjusting the electoral goalposts to members’ convenience. We need stable electoral laws that are fixed well in advance of the elections, and not this five-yearly tussle between the IEBC and the MPs.

Blow to Wetangula as Ford Kenya leaders decamp to DAP-Kenya

The party also unveiled its office headquarters in Nairobi.
News
4 months ago

Blow to Uhuru as allies decamp to Ruto side