BORRELL: EU-AU Summit: Europe must be Africa’s partner of choice

The pandemic has moved geopolitical competition in Africa beyond investment and business opportunities to include values and governance models.

• Without sidestepping the difficulties, we must focus on achieving concrete, rapid results. Africa does not need charity or media stunts. 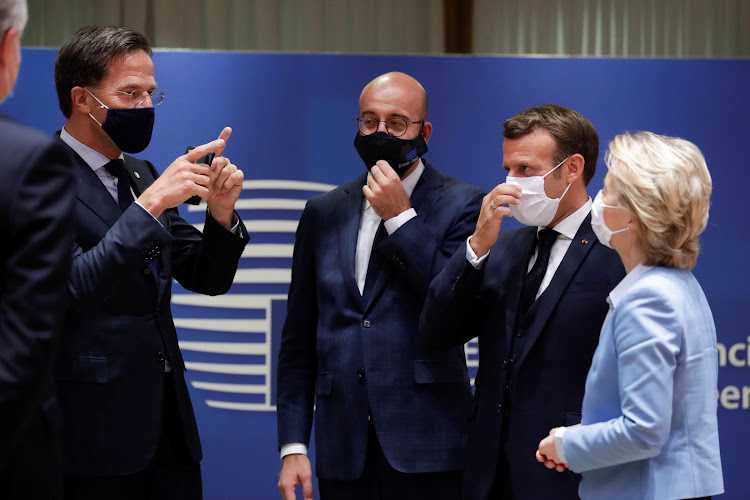 After being postponed several times because of the Covid-19 pandemic, this month’s European Union-African Union Summit in Brussels (February 17-18) brings together European and African heads of state and government for the first time since 2017.

The EU’s objective is to become Africa’s partner of choice, a goal set by European Commission President Ursula von der Leyen during our first visit to the AU’s headquarters in Addis Ababa two years ago.

What will it take to achieve this ambitious goal?

First, we must approach the EU-AU partnership with modesty. Africa is a continent as large as the United States, Mexico, China, Japan, India, and much of Europe combined. With 54 countries and some 2,000 languages, and with a diverse range of opportunities as well as problems, the continent cannot be treated as a homogenous entity.

Second, we must be realistic. Between Afro-pessimism and Afro-optimism, I advocate Afro-realism. Before talking about economic growth and trade relations, Europe must show that it can contribute to peace, security, and good governance in African countries.

Before talking about the demographic dividend, we must also acknowledge the scale of the difficulties that uncontrolled population growth can create in societies. By 2030, 30 million young people will be entering the African labor market each year. To generate sustainable jobs for them, basic education must be a high priority.

Moreover, in supporting the global transition to green energy and sustainable development, we must help ensure access to basic services on a continent where almost half the population has no electricity and must fight a daily battle for access to water and food. And while helping African countries develop their future vaccine-production capacity, we also must help accelerate vaccination in the present. Over 90 per cent of the continent’s population remains unvaccinated against Covid-19.

In thinking about these issues, we Europeans must not make the mistake of believing that we could impose an agenda on Africa. Nor should we ignore the immediate realities and short-term constraints facing the vast majority of Africans. This is especially true now that the Covid-19 pandemic has aggravated the continent’s fragilities.

In the Sahel, insecurity is increasing along with political instability. The Horn of Africa, where we saw promising democratic transitions just two years ago, is now deeply destabilised. And several African countries have once again entered a debt spiral.

The pandemic has also moved geopolitical competition in Africa beyond investment and business opportunities to include values and governance models. We find ourselves confronted with other global actors whose methods and agendas are very different from our own. Many of them will not hesitate to use disinformation campaigns and other forms of hybrid warfare to undercut European influence.

Despite these difficulties, we still have compelling reasons for wanting to make Europe Africa’s partner of choice. One is that Africa’s problems are our problems. Terrorism and insecurity know no borders.

The Sahel is not as remote from Europe as it sometimes seems; and instability in the Horn of Africa threatens one of the world’s most important trade routes. Then there is climate change, which will inevitably create new waves of migration as it destroys people’s livelihoods and renders their communities uninhabitable.

Our goal is also motivated by the wealth of opportunities across the continent. Africa’s economies and societies are young and dynamic. Europe’s aging societies will have to rely on them sooner or later. The continent also has an abundance of raw materials and immense potential both to deploy and help produce renewable energy technologies.

Finally, we must think in geopolitical terms. With its population expected to reach 2.5 billion by 2050, Africa is a rising global force. A closer partnership would enable Europe and Africa together to exercise much greater influence on the world stage, giving a boost to the model of multilateralism that both partners support.

To succeed, we will need a positive agenda based on joint priorities. Without sidestepping the difficulties, we must focus on achieving concrete, rapid results. Africa does not need charity or media stunts. It needs cooperation and partnerships that can actually deliver for its people.

To that end, the EU will need to combine the strengths of its member states, financial institutions, development banks, and agencies. The pandemic has given substance to the notion of this “Team Europe” approach, and this way of working must become a habit to avoid a fragmented strategy and all the problems that come with it.

In Africa, as elsewhere, the EU carries weight only when its constituent parts work together. That includes not just EU institutions and governments; civil society and the private sector also must be better attuned to dynamics on the ground.

Europe’s future will be shaped in no small part by Africa’s future. There and elsewhere, we must also better defend the European project by demonstrating that the EU’s added value exceeds that of other global powers.

This summit must be the starting point for building a new intercontinental partnership.

Josep Borrell, High Representative of the EU for Foreign Affairs and Security Policy, is Vice President of the European Commission

Heads of State or Government of the AU and EU meet for a summit in Brussels on February 17 and 18.
Opinion
3 months ago

EU had imposed the sanctions against Burundi in 2016.
News
3 months ago
Title: "WATCH: The latest news from across Africa"
by JOSEPH BORRELL
Siasa
20 February 2022 - 06:09