Over the past year, Russia has been amassing its troops along the border with Ukraine, stoking fears of an imminent invasion

• Every year, the UN General Assembly approves a resolution condemning Russia’s occupation of Crimea and the city of Sevastapol

• Nevertheless, despite all efforts of Ukraine and the international community to find a peaceful solution to the conflict, Russia’s armed aggression continues unabated 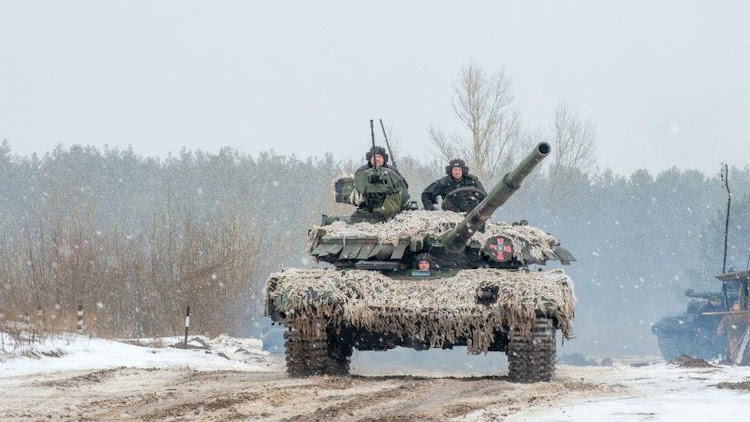 Ukrainian forces have been carrying out exercises amid concerns of a Russian invasion
Image: BBC

On February 20, Ukraine honours the Heavenly Hundred heroes and marks the beginning of Russian aggression.

The Heavenly Hundred heroes are the participants of Ukraine’s Revolution of Dignity of 2014, who were killed in clashes with the security forces under the direction of Ukraine's pro-Russian then president Viktor Yanukovych.

These events also mark the beginning of Russian armed aggression in Ukraine through the attempted annexation of Crimean peninsula and illegal occupation of some parts of Donetsk and Luhansk region in Eastern Ukraine.

Every year, the UN General Assembly approves a resolution condemning Russia’s occupation of Crimea and the city of Sevastapol and urges the withdrawal of Russia’s military forces.

Nevertheless, despite all efforts of Ukraine and the international community to find a peaceful solution to the conflict, Russia’s armed aggression continues unabated with the number of its victims still growing practically every single day.

In the temporarily occupied territories, Russia is grossly and systematically violating human rights. In Crimea, pro-Ukrainian activists, including Crimean Tatar people, are being persecuted, abductions and murders are widespread, and people are kept behind bars under baseless, politically motivated accusations.

One of the latest mechanisms introduced to facilitate a systematic approach of the deoccupation process and to increase further pressure on Moscow, was the creation of Crimea Platform.

On August 23, 2021 a number of heads of states, governments, other senior state officials as well as high representatives of the international organisations, including NATO and the European Union, met in Kyiv to take part in the inaugural Crimea Platform Summit.

Over the past year, Russia has been amassing its troops along the border with Ukraine, stoking fears of an imminent invasion. Ukraine and its Armed Forces constantly increase its strength.

The Ukrainian government, MFA and Ukrainian diplomats all over the world work closely with international partners to increase defensive capabilities of our country. Ukraine highly appreciates all support provided by the US, the UK and many other foreign governments.

In this difficult moment, we thank the world community for their voices in support of Ukraine. Today, “Stand with Ukraine!” is heard from every single corner of the democratic world. Ukraine is committed to justice, peace and security not only for itself but also for the whole Euro-Atlantic community.

The future of the global security is being decided today in Ukraine, and the ability of the coalition of the democratic states to take on the current threats and challenges will have a direct impact not only on Ukraine, but also on the future of the whole Europe.

The author is the Ambassador of Ukraine to Kenya

This article was updated to correct the byline

More than a dozen nations have urged their citizens to leave Ukraine.
News
3 months ago

Ukraine crisis: Putin says he does not want war in Europe

Mr Putin has always denied he is planning an incursion.
News
3 months ago

Human cost of Russia attack would be immense - Biden

Biden said he agreed with a proposal by the Russian government to continue diplomacy.
News
3 months ago
Title: "WATCH: The latest news from around the World"
by ANDRII PRAVEDNYK
Siasa
18 February 2022 - 14:00