• Recent headlines have not only been of whistleblowing on new corruption scandals but very positive reporting of successful prosecution and conviction of culprits.

• The conviction of former investment manager of the National Social Security Fund, Francis Moturi, and three of his co-accused says a lot to the truism of justice 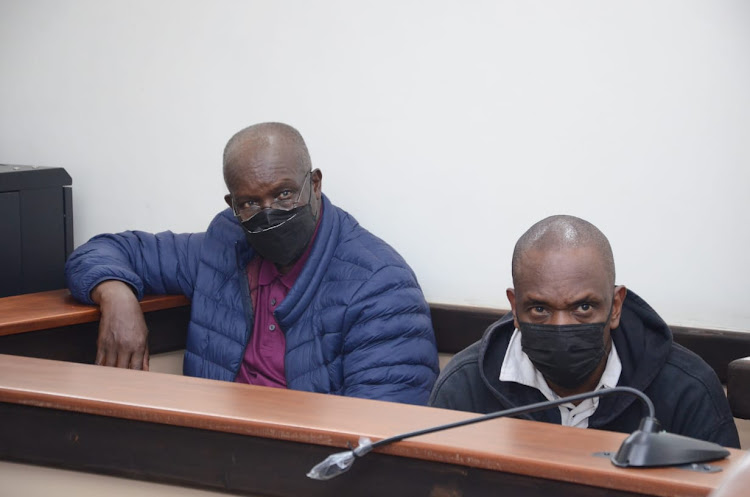 Two events in the corridors of justice this week have put smiles on the faces of very few of us who still believe that, indeed, where there is a will, there is a way. Two judges sitting in two different courts on two different days separated by two days convicted some two sets of men to historic sentences.

And hope was revived that mega thieves of public money will always pay for their sins. However long it takes!

When, some nine years ago, President Uhuru Kenyatta declared corruption a national security threat and vowed that the war on graft would sweep up all culprits, regardless of social standing or position, many laughed it off.

Some social media fellows even captioned his stern face in future headlines, one of which read, “Local man threatens corruption suspects again."

By this, they meant the President would leave office with nothing to show for his war on graft but his strong pronouncements, or rather 'threats', which he would continue issuing even in retirement.

Today, they must have taken back the jokes. Recent headlines have not only been of whistleblowing on new corruption scandals but very positive reporting of successful prosecution and conviction of culprits.

The conviction of former investment manager of the National Social Security Fund, Francis Moturi, and three of his co-accused, Discount Securities Limited (DSL) officials David Githaiga, Wilfred Weru and Isaac Nyamongo, in one court and that of  James Ambuso, a former finance and administration manager with Kenya Water Resources Management Authority (KWRMA), says a lot to the truism of justice.

The Moturi lot was charged and convicted for defrauding the fund of Sh1.2 billion shillings. Moturi, who headed the investment department at the NSSF, is reported to have prepared and authorized 41 memos to the managing trustees of NSSF with documents on purchase of shares through NSSF stock brokers at the time, Discount Securities Limited.

The shares supposedly purchased from the Nairobi Stock were for: Kenya Commercial Bank, Barclays Bank of Kenya (Now Absa Bank), Nation Media Group, Bamburi Cement Limited, KenGen and Standard Chartered Bank. The shares should have been delivered between 2004 and 2007. However, no shares were delivered to the NSSF for the amount.

The case officially began in 2008. Anti-Corruption Magistrate Lawrence Mugambi found the accused guilty of several offences namely: conspiracy to defraud, deceiving principle, stealing by agent, neglect of official duty and illegal payments from public revenue. Cumulatively, the social security fund lost a total of Sh5.5 billion due to the act of fraud.

Another good record in the war against graft is the case against James Ambuso, a former finance mmanager at the Water Resources Authority. Ambuso was found guilty of soliciting and receiving bribes amounting to  Sh910,000between 2012 and 2013. He was directed to pay a fine of Sh.6 billion or serve a twenty four24-year year jail term.

Ambuso was fined Sh7.6 million or ordered to serve 24 years in jail  for receiving bribes totalling Sh910,000 about 10 years ago.

The NSSF case had dragged on since 2008. The long period it has been taking to prosecute these cases has been one of the weak points in the fight against graft. When President Kenyatta, through the executive directive, put together the Multi-Agency Team, he was looking to seal loopholes that allow suspects to slip through the justice system and frustrate the prosecution process.

Today cases are moving at a much faster pace and with more capacity building for the personnel and more resources the fight will only get more aggressive. If the Kenya Revenue Authority rewards their staff for surpassing revenue collection targets, then the most performing teams in the collective team should also be feted. This will have the impact of motivating the investigating staff into being most accurate and effective.

At some point the President was accused of coming out strongly against the Judiciary when he pointed out the war on graft was dragging on in the Judiciary. In an interview on a national television, one Defence attorney revealed that all corruption cases have all along been handled at the Nairobi court.

This has the effect of causing the backlog that the country has witnessed. Instead, the Chief Justice should implement all anti-corruption courts all over the country to expedite the hearing and completion of cases. With the President’s political support, the Judiciary should be allocated enough resources by the Treasury and the National Assembly to be able to operate without hitches.

A top defence attorney questioned the legality of the Multi-Agency Team in an interview on national television. Well, I believe the efficiency of the team must be making it hard for him and his Defence colleagues to defend their clients.

If your opponents speak out against you, you are doing well. So, to the Multi-Agency Team, you are doing a fine job. Keep going, do better. Make the President and Kenyans proud!

And to fellow Kenyans, you have a chance in this August to elect whether you want to continue with the fight against mega corruption or to multiply the vice. It all depends on who you send to State House.

The NSSF should be the dynamo of the economy that safely and profitably grows the savings of Kenyan workers year after year, just as in neighbouring ...
Opinion
3 months ago

Ex-NSSF manager jailed for 14 years or he pays Sh2.6bn fine

Moturi will have to pay the fine or in default serve 14 years in prison.
News
3 months ago

Uhuru's efforts could mean a lot, or nothing, depending on who is elected president in August
Siasa
3 months ago

MUGWANG'A: We've got lots of anti-graft tools, let's cut out hypocrisy and wield them to save Kenya

Between 2018 and 2021, some 140 cases were concluded despite intrusion of cartels
Counties
5 months ago
Are Kenyan workers hopelessly corrupt?
by MICHAEL MUGWANG’A
Siasa
06 February 2022 - 06:02